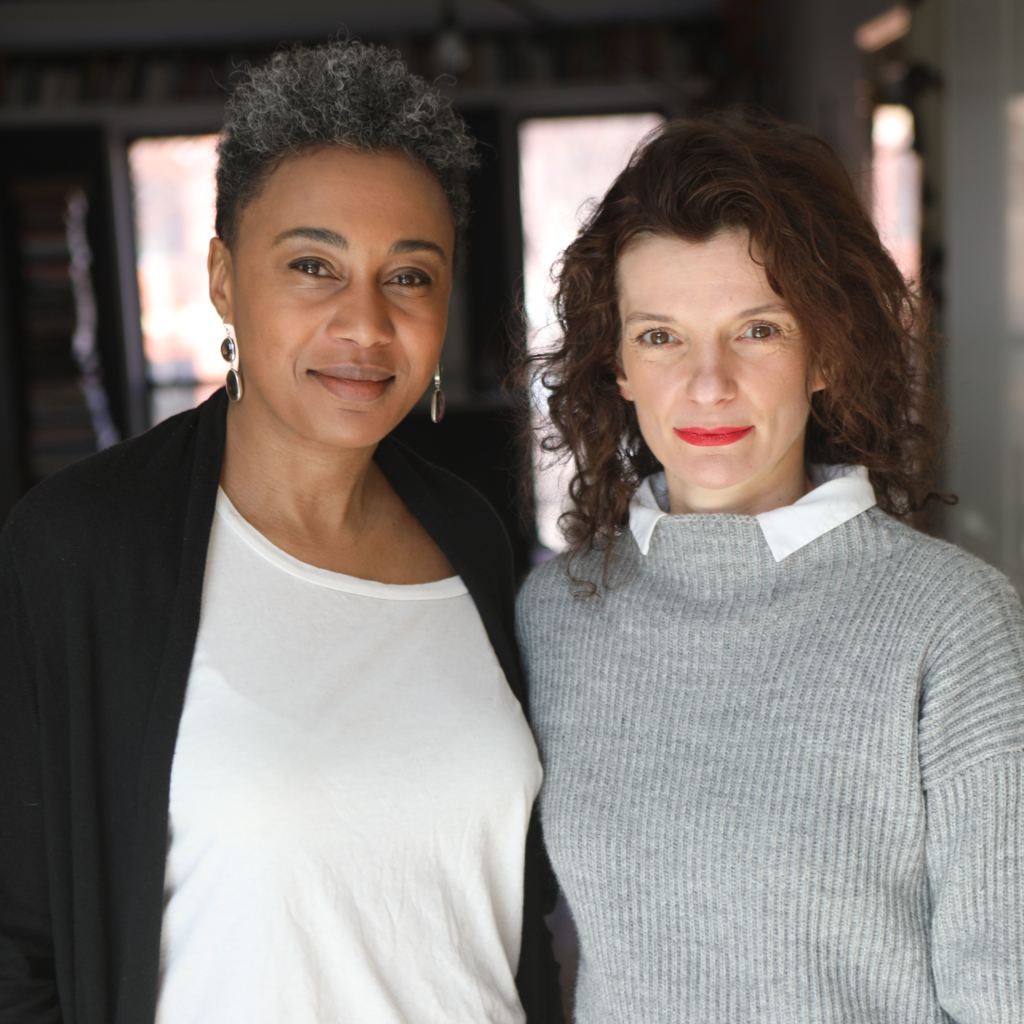 The Womanity Project on Narrative and Identity

The Womanity Project was founded by Aurelie Harp and Lydia Darly. The project is a multimedia platform where Aurelie and Lydia create content and host workshops that enable people to share their stories and take their power back. They started the conversation with women and feminism, and their new season is introducing men and masculinity. And by women and men, they are talking about representations, which include binary and non-binary people.

The aim of The Womanity Project is to develop empathy and champion equality by shedding a light on how our cultural biases impact how we experience power. When we talked to Aurelie and Lydia, we discussed the importance of storytelling, how the same voices are too often left out of the conversation and are alienated in a single narrative. They also mentioned the power of human connection and our ability to create with other people through curiosity and real, unfiltered conversations. 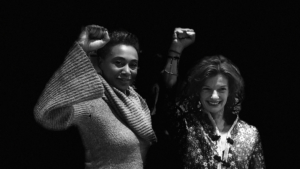 To get started could you tell me a little bit more about your background and career experiences?

A: My name is Aurelie. I was born in Lyon, France and, when I was younger, I couldn’t wait to leave and explore the world. I went to Science-Po Paris where I studied Political Science and Marketing, and I minored in the History of French Women in the Resistance. After that, I went into advertising in Paris and New York, and I quickly realized that I didn’t want to end up there. When I was thinking about my growth, I wasn’t inspired by the corporate world. The one thing I was passionate about was people and learning; one way to do this for me was acting. I would do advertisement work during the day and then acting at night.

Later on, I switched careers and went back to Paris and then London for acting. Most of my work was stage acting. To me, the stage is a political place, you tell human stories and interact with the audience to create empathy in the theater. As I grew older as an actress, I found people continually wanted to put me in a box, but I never wanted to be labeled so I switched my focus to directing and writing. When I moved back to New York with my family, I started to think about what mattered the most to me, and it was women’s rights. I started asking people what it meant for them to identify as a woman or a man and that work has led me to where we are now.

L: My name is Lydia Darly. I was also born in France and my mom is originally from Guadeloupe. I grew up in the projects in Paris, which had lots of towers and immigrants. I didn’t attend university because I wanted to start working pretty young so I could be independent. I left home at eighteen and lived in the city; I started at the bottom of everything, and my first job was at McDonald’s. Later I started traveling, and it was the vehicle for change in my life. My school was what I’ve called “the school of life”: everything I learned was by traveling, meeting people from other countries, doing things for myself. I was like ‘wow, life is much bigger than my little building in the projects’.

You see, you tell people you were born in Paris and it sounds glamorous, but for me, that was never the key to opening my life. As a child, I didn’t really have access to my dreams, and it wasn’t until I went to Italy that I got more in touch with my dreams. I got involved in the film industry, and I realized I really wanted to be an actress. I worked as an extra, and once I got my first acting job, it reaffirmed that this was what I wanted to do. I later found myself in New York City and in school and for the first time I was really inspired by the people I met; I encountered a few women who drove me and pushed me forward. That’s why my goal is to work with communities and with people like Aurelie on The Womanity Project. I think our connection is related to our creativity and the art of storytelling, but also, in the world we live in today, we have no excuse to just be a participant. We have an audience and creating meaningful content and conversations is linked to creating more good things in the world. If we continue to do this, we are sure to succeed. 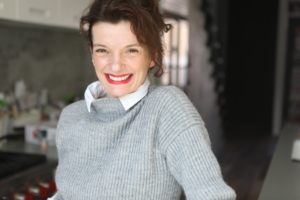 What projects are you currently working on?

L: The past season, we interviewed so many binary and non-binary women. We are now including men for the first time. Every person has a story and everyone can create an impact with their story. Whenever we interview someone I’m always like “wow,” and it’s always worth so much to me. I’ve learned to never judge someone because of the country they come from or the religion they practice because when someone opens their mouth and shares their story with you, it’s always mind-blowing. I think that is the secret of Womanity, the way the whole conversation is done. It’s simple and it’s real and the end result is always pretty amazing. I’m always in awe of other people’s lives and how we can learn so much from each other.

A: We also organize workshops and we work both with people and organizations. We use our acting and improv tools to develop skills like active listening, curiosity, collaboration, adaptation.

In the beginning, people are like “what are you doing” and then they realize “oh, we are just living in the moment.” We are unlocking new possibilities from people’s narratives and, ultimately, our secret weapon is to offer as many narratives and stories as possible to reconnect us on a human level. What alienates us is when one culture is trying to impose one narrative and trying to crush a human life to fit it into a single definition, a single “label” where there is no possibility of development and change, but change is important. That is the definition of life; we are always changing and there is always a new possibility.

L: For me being powerful is being myself especially in acting and when you have to be in the shoes of someone else. I feel the most powerful when I’m able to feel my full potential and recognize that I am a lovely human being and that I can learn from the people we interview. Whenever we interview someone and we connect with each other, I feel closer to becoming my better self. I know that for a fact as I’ve experienced it first hand as a Buddhist. We are nothing without the other.

A: Let me tell you a story of when I felt really powerful, and it was after arguing with my son. He was in a very angry phase and I wanted to help him, or should I say “fix him”. I asked him to chant with me. He first agreed and then he changed his mind. I got really angry and yelled to impose my authority. Ashamed and powerless, I went to apologize and tried to explain why I acted upset. And while talking through, I had an epiphany. When I tried to impose my authority, I was roleplaying and parenting the way my parents and society showed me. I was misdefining power with authority.

To this, my son replied: “Oh I understand, it’s not easy to be a parent. I’m sorry if I decided to not chant.” And I said: “you have every right to change your mind. It’s so much easier when we can talk like this.” At this moment, we were connecting on a human level, and it felt so powerful. We had brought back respect and dialogue in our relationship. I am his mother and we improvise our roles together.

What are your long-term goals for The Womanity Project? 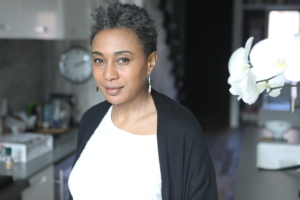 A: We want to create new movies, new theater experiences. We want to work with schools, universities, and businesses here and in other parts of the world. We want to grow and multiply the opportunities of collaborations because it brings equality. And I’m really hopeful these days as we experience the development of real sisterhood. We’ve been finally learning and defining what it means to collaborate and uplift one another.

L: I think another component is trying to increase our visibility. We have a lot of conversations with people who love our mission and we’re good human beings, but we also have to support ourselves, and it’s really important for our community to continue to grow in a sustainable way.