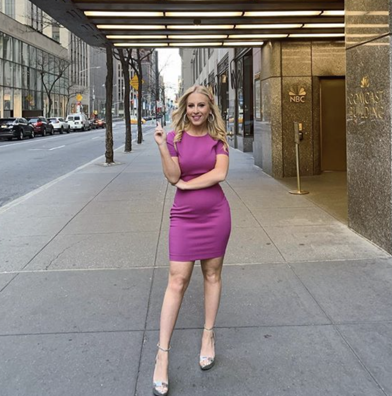 Sydney Sadick and the Power of Achieving Goals

We spoke with Sydney Sadick, a NYC native and fashion journalist, about her blog Style Solutions, her take on the work environment in the fashion industry and reporting, and her passion for creativity and the power of achieving goals. 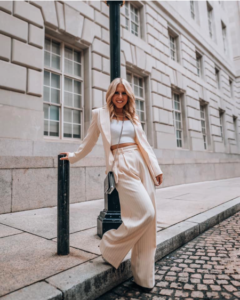 Where are you from, and how did your experiences in high school influence your interests in college?

I grew up in Manhattan and went to the Hewitt School from kindergarten until 12th grade. The only thing I didn’t like about the school was that we had to wear a uniform every day—if you’re into fashion, that plaid skirt just wasn’t going to do it. My interest in fashion definitely was influenced by my mother and grandmother. They were always super well-dressed—they were never the type of women you’d find in athleisure clothing. Instead, they were always in suits and wearing high heels. I spent my childhood going to stores with my grandmother, who could always be seen wearing brands like Chanel. So, I guess they really influenced me regarding fashion, but the other crucial turning point occurred when I took two summer college-level courses at Harvard for journalism after my sophomore year of high school. During this time, I also created a blog called Style Solutions.

Tell us about Style Solutions:

Style Solutions was a fashion blog I created and ran from my sophomore summer in high school until my junior year of college at the George Washington University. I created this blog as a way to 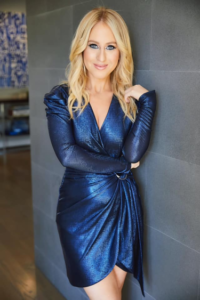 explore my interests in fashion; I posted outfit pictures, and even interviewed celebrities and designers such as Diane von Furstenberg and Rihanna. Rihanna was actually the first celebrity I interviewed. I heard that she was hosting a book signing at Barnes & Noble, so I skipped school, waited in line for hours, and eventually got to meet her and ask her three questions for my blog! This was the turning point for my blog—people were impressed that I had Rihanna, and so I started sending out emails to agencies, and it became this domino effect. I began receiving invitations to parties, which eventually led to me interning at The Daily Front Row throughout my remaining summers in high school.

Can you talk a little about your experience interning, and then eventually working, at The Daily Front Row?

Originally, I had hoped for a column in their publication, but instead they let me work as an intern. I did that for two summers in a row, and then I interned for Rachel Zoe in Los Angeles. She was my dream person to work with, but the internship wasn’t what I thought it would be. Although I didn’t like the internship as much as I had expected to, I did run a column called “Live from LA,” where I interviewed different celebrities (Cody Simpson is one example). The following summer, I was an intern in the marketing department of Oprah Magazine, and a year after that, as I was transitioning into my senior year of college at GW as a journalism major, The Daily Front Row hired me to work full time that summer and run their website. During my senior year of college, I wrote full time and publicists couldn’t figure out why I wasn’t able to attend events (little did they know, I was a full-time student in DC, not in NYC), so I’d commute back and forth to go to parties and stay in the scene.

As soon as I graduated, I worked as an associate editor at The Daily for two years, so by the end of my time there, I had spent eight years of my life working there in some way, and I loved it. I went to every fashion show, covered the Met Gala three times, attended the CFDA awards at least four times, and took amazing press trips to Switzerland with a famous diamond company.

What opportunities did you take a hold of next after working at The Daily?

I realized I wanted to do on-air work and got approached by Style Code Live, which is a nightly show on Amazon hosted by Arianna Grande’s brother, Frankie Grande, and Rachel Smith, to come on air and do style segments. I also started to appear on NBC NY Live, which I still do. In February 2018, I ultimately decided to leave The Daily, and it was the hardest decision I had to make. I loved working there. I really had amazing experiences but realized it was time for a change.

After The Daily, I started contributing to The Jam, which is the top morning show in Chicago, the third largest television market in the country, doing style segments. I still do NBC NY Live segments, where I rotate on different shows. I had a weekly segment on the national Fox show Top 30. I have a monthly segment on ABC’s Good Morning Washington in DC. And in the past 6 months I’ve appeared on E! News, Inside Edition, Good Day LA, Good Day New York, and other shows.

In addition to TV, I host large events for brands. The first brand I worked with as soon as I left The Daily was Schutz shoes, where I hosted 6 events across the country at their stores in NYC and LA, as well as at their section of Nordstrom. It went so well, we practically sold well over 60 pairs of shoes in two hours.

I’ve also worked with DeBeers, ReBag, Furla, Intermix, Kendra Scott, and others. We are living in an age where we are told retail is dying, but it’s really not—all you need is an amazing event, concept, great marketing, and really innovative people who are determined to work hard.

I’m also in the process of writing a book! And a fashion website is in the works. I also write for the Hamptons Magazine, which is like the bible of the summer. I have my own style column “Sadick Files,” where I profile different figures on the East End; The Fosters; Fern Mallis; Jesse Bongiovi; Danielle Bernstein…the list continues

What are you favorite and least favorite aspects to working in the fashion industry?

What I like most about the fashion industry currently is that I’m trying to make an industry that doesn’t always seem attainable, more relatable for people. My TV segments are always on a budget. What I like the least is that there are many misconceptions about working in this industry; people don’t always realize the importance and 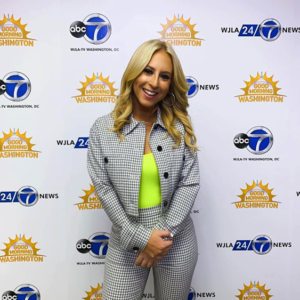 symbolism that fashion carries. It’s represented many cultural and political movements, and many people don’t give enough credit to the multifaceted space fashion carries influence over.

Simply achieving my goals is what makes me feel powerful and confident. When I’m on this adrenaline high of approaching everything with a million percent effort, I feel accomplished and feel as if I am achieving great things. I’ve set such a high standard for myself; there is so much that I aspire to get done by the time I’m 30, and I want to make sure that I accomplish all of those goals. I pride my beauty treatments— that’s one thing I do take my time for—and it makes me feel like the best version of myself. Confident, sexy, and powerful.