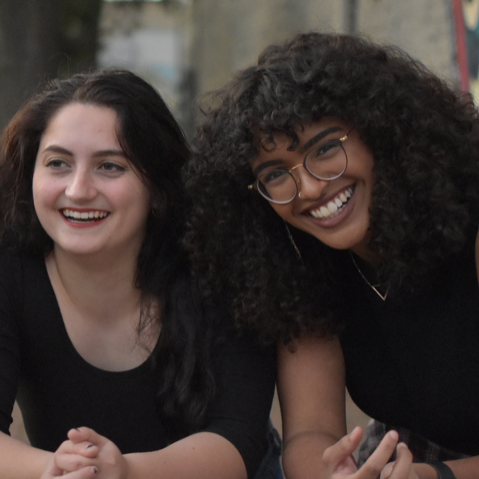 After meeting at orientation before their first year at the University of Minnesota-Twin Cities, Sonia Neculescu, Felicia Philibert, and a few other politically-motivated young women took the initiative to build Women for Political Change (WFPC) from the ground up. What started as a college student group has now quickly evolved into a non-profit organization that holistically invests in the leadership and political power of women and trans & nonbinary individuals under the age of 30. Not only have they evolved into a network of young change-makers, mobilizing hundreds of students in middle schools, high schools, and college campuses around the state, but they’ve embarked on a mission to create an intergenerational movement with the greater community as a whole. 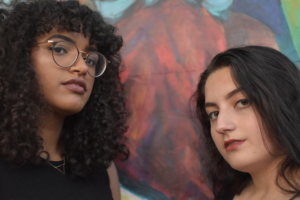 We spoke with the two co-founders about their leadership journeys and what power means to them.

Can you tell me a little bit about your background and how you got interested in politics?

Sonia (Women for Political Change Political Action Director): I grew up in Plymouth, MN, but my parents immigrated here from Romania. I graduated from the University of Minnesota last spring with a degree in Political Science and a minor in Spanish. My career really started with electoral organizing and engaging with elections and campaigns, even before I could vote. Since then, I’ve continued that work with several different candidates and causes, including Rep. Ilhan Omar and the DFL (Democratic-Farmer-Labor) party of Minnesota. That’s how I got to where I am now, how I found Felicia, and how we got started with WFPC.

Felicia (Women for Political Change Education & Advocacy Director): I was born and raised in Minnesota and am a first generation Haitian-American. I started getting interested in politics my senior year of high school, when I noticed the apathy of many of my peers who were turning 18 but had no interest in actually voting. I got involved in the presidential races that summer and, after arriving at the U of M, realized there was a whole world of local organizing that I could be engaging in. After starting WFPC and gaining government, nonprofit, and other cross-sector experience, I transferred to Augsburg University, where I am currently pursuing my bachelor’s degree in Social Work. I’m very grateful that I’ve found a way to combine my passions for nonprofit management, anti-oppressive equity work, social work, and politics in both my education and career.

Why did you decide to start WFPC? 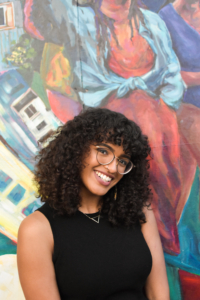 Sonia: We started as a student group in the fall of 2015. We were 18-year-olds who had the most optimistic views of college and thought we were going to have endless opportunities to get involved politically. Felicia, myself, and many of our other friends came to campus and attended several student group meetings – student government, political science clubs, political party-based groups, and more – to see where we could get engaged. We couldn’t find a space that was comfortable for people like us to get involved in the political process. All of the places were pretty white and elitist; it didn’t feel like they were accessible or welcoming. Therefore, we decided to start a student group. We didn’t know what would come of it, but we wanted a place to meet, learn, and talk about politics. It was open to people of all genders and people from the community (not just college students). The first year we really spent ideating about the kind of space we were trying to build. The next year, we saw a huge spark in interest, both before and after the 2016 election. It became clear to us that a space like WFPC didn’t exist at the U of M, but was undeniably necessary. We started expanding our work, hosting more events, and collaborating with other groups. We wanted to 1) create a space for people to talk with like-minded individuals about the prevalent issues in society, and 2) provide young people with resources to help them step into their own political power.

Felicia: After that, a chapter at Augsburg was started. This was an awesome sign that we were already expanding, but we also acknowledged the privilege of being on college campuses and the need to provide resources to community members who aren’t able to/don’t want to pursue a higher education. We started thinking about what WFPC could look like on a larger scale, and in the spring of 2018, we filed the papers to launch Women for Political Change as a nonprofit with two branches: our  501(c)(3) Education & Advocacy Fund and 501(c)(4) Political Action Fund. One of our main reasons for deciding to expand was to be able to better build a sustainable movement, so everything we do has the underlying intention of healing and respect for the humanity and energy of everyone involved. It was one of the major aspects that we saw historically missing from community organizing movements and political campaign work.

Was there any pushback for starting this group?

Felicia: There wasn’t really pushback against the group specifically. All of the obstacles we encountered were systemic and institutional sources of oppression, not individuals. There were clear barriers in place to make sure a bunch of 21-year-old women weren’t able to easily start a nonprofit organization that could build substantial political power. So, a lot of our work has been about how we can best battle these existing institutions, specifically in the ways that they have been disenfranchising women and other historically marginalized populations.

WFPC started out of passion, so what are other passions and interests that you have? 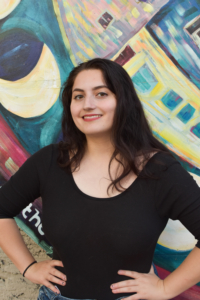 Sonia: (laughs) I like reading, hanging out with my friends, and other “normal” things, but WFPC is honestly a huge part of my life right now. I do other political work and consulting side-projects, and I’m also trying to get more into exercising and meal prep. But I don’t know, it’s weird. I’m just a 21-year-old who does other things that 21-year-olds like to do, but I’m also juggling a nonprofit and other leadership positions, so I’m trying to teach myself more about balance as I get further into adulthood.

Felicia: We’ve always done Women for Political Change out of passion, for free. It hasn’t been easy, but it’s something we love and care about deeply. I’ve definitely always seen it as more a “hobby”, not in a way that trivializes equity work — because we’re doing that no matter the setting we’re in — but more so in the sense that I’m also a student with a million other things to do. But now I’m like ‘wow, I guess I need some real hobbies because this is going to be my career.’ But echoing Sonia, I like all the things your typical 21-year-old likes. Concerts, chilling with friends and family, cooking. I have been trying to focus on things that make me laugh; I just feel like I really need that right now, especially in this political climate.

Felicia: Originally, the mission of WFPC was to empower young women. Then, we moved from empower to help individuals step into their power, because we had a long conversation about how every person has inherent internal power. A lot of times, especially with people who have been historically marginalized, that sense of power has been lost inside due to years of oppression and degradation. What power means to me is tapping into your most authentic self and taking action on the passions you unearth. I’ve been feeling very powerful lately, not in a way that’s like, ‘I want to single-handedly take over the world,’ but in the sense that I want to build power in this world with the people around me. I don’t want to have power over other people, I want to have power with them. When we all tap into that power, we are able to build strong and enduring movements together.

Sonia: Ditto to that, and also, I think power is really rooted in community–that’s why WFPC feels so powerful to me. I have experienced first-hand, and very frequently, how disenfranchised young people are within the process and how hard it is to be a young woman in a political leadership position. I have experienced a lot of instances where I have relentless imposter syndrome, just because I’m always the youngest person in the room. A lot of our work is normalizing sharing space and being among other community members. This is why we wanted to expand into a nonprofit, and I would not have been able to get through the past few years without WFPC. I have learned how to step into my own power through the support of WFPC, and this has been crucial for my personal and professional development.