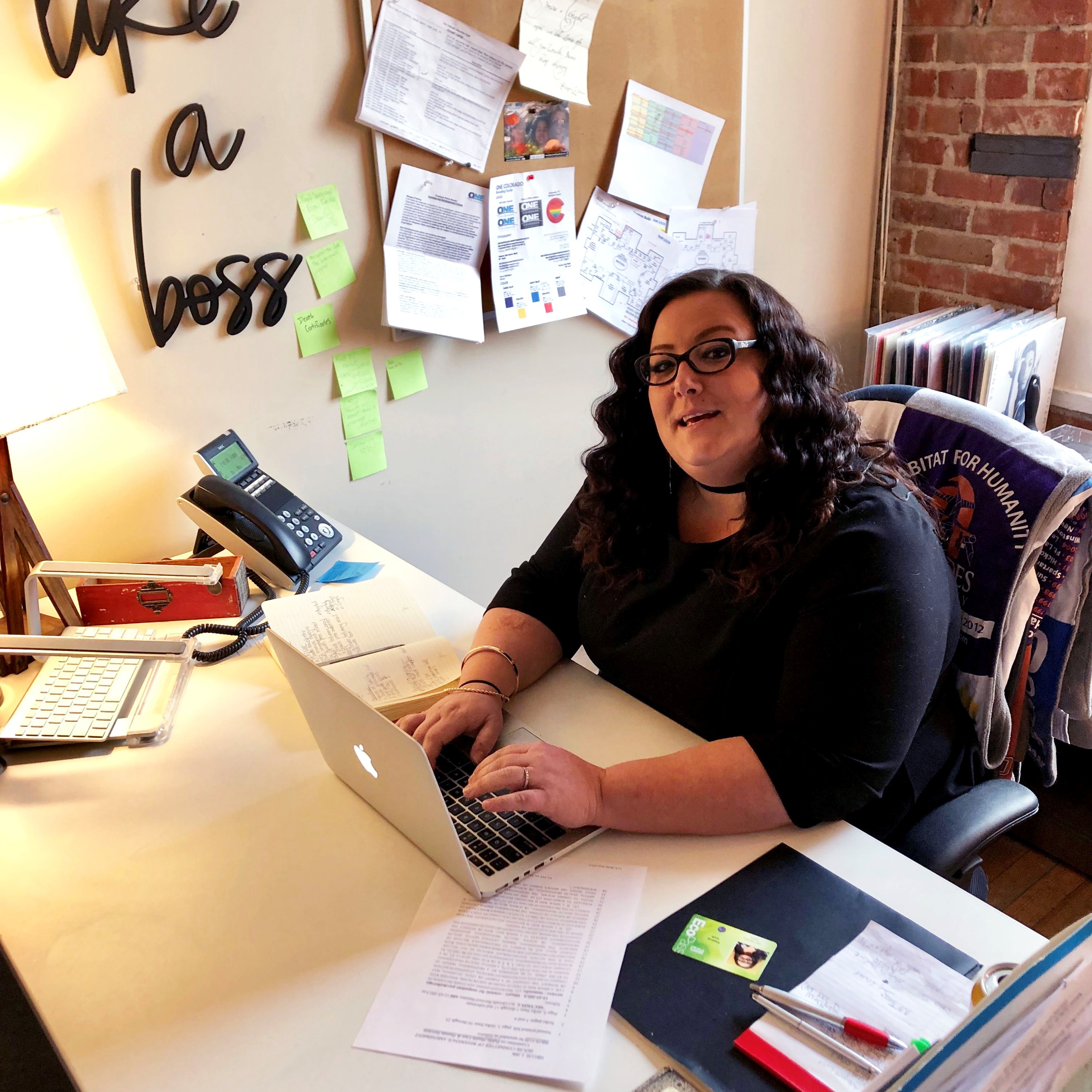 Sheena Kadi on the Power of Following your Calling

You know those people that are so good they make you feel convicted to look at what your actions are doing to shape the world to be better? That’s Sheena Kadi, and she does it all with a softness and kindness of a longtime friend. Sheena Kadi is the Deputy Director for One Colorado, which is the state’s leading advocacy organization dedicated to advancing equality for lesbian, gay, bisexual, transgender, and queer (LGBTQ) Coloradans and their families. More than that, she is a cancer survivor,  and a force to be reckoned with for social justice with a knack for shaking up the status quo. We had the opportunity to talk with Sheena about creating social change, having tough conversations, and learning how to deal with loss.

Sheena, there is so much to discuss here. So, let’s start at the beginning. Talk to me about your work with campaigns and in the political sphere.

The first campaign that I ever worked on was Amendment 1 in 2004- which prohibited same sex marriage. That was the first time I found myself interested in politics. But, if we go back a little further, it helps to start at the beginning. I had transferred to Lourdes University as a Queer person at a catholic university. I was worried about my safety at the school, and there wasn’t a space for me to ask questions about my identity. So I started creating that space for students to have those kinds of conversations. Word got out that I was doing that, and I was pulled into the campaign for the Amendment. We lost miserably. Looking back it’s easier to see where our mistakes were, but I thought it was a one time thing for me to help in politics. I was connected locally and was being mentored by Mayor Jack Ford through this lens of social justice. For me, it was never about politics; it was about social justice. I was raised by a single mom working multiple jobs to raise my brother and I, and there were alot of social programs that helped us get back on our feet during those times. That drove my desire to help make the world a better place so that others would have the same opportunities to get ahead and stay ahead. Mayor Ford saw that in me and took me under his wing. It wasn’t until President Obama’s first presidential campaign that I started to think seriously about a career in politics. I worked on his first presidential campaign and really never looked back after that.

You worked on the 2004 Ohioans for Fairness to attempt to stop Amendment 1, which defined marriage as between one man and one woman in the state’s constitution, which ultimately lost. How did you grow from that loss? 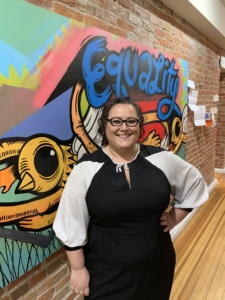 It took me almost a full decade to really grow from that lesson. In 2004, we spent a lot of time talking about what we thought folks wanted to hear. Coming full circle into 2013,   I was working in Indiana, which was run by then Governor Mike Pence, for Freedom Indiana. At that time, Indiana was 1 of 4 states that didn’t have a constitutional amendment one way or the other defining ‘marriage’.  At that time, our opponents, Alliance Defending Freedom, thought they would come in and push a constitutional amendment through defining marriage between one man and one woman. It was really important to us to drive home the lesson of meeting folks where they’re at. We as individuals are the collective sum of our experiences, which puts us at different places in our lives. It’s so important to learn to meet people where they are at. You could feel the momentum growing across the country, and I was brought in to attempt to push this in our favor. We needed the entire democratic caucus and ten republicans to vote with us. They told us that I wasn’t expected to succeed, we were expected to go to the ballot with this. It was my job to go and find those deeply personal stories to share with legislators. A mistake we learned from in 2004 was that we had previously shied away from having conversations around faith and religion, but how could we ever expect to win without having those difficult conversations no matter how hard they are? Instead of shying away, we embraced them, and what we learned was that folks supported the freedom to marry because of their faith, not despite it. We ended up winning, stopping HJR-3 and HJR-6, with bipartisan support from all across the state.

Human rights is a very selfless and hard area to go into. What makes you feel most motivated to continue this work?

It sounds so cheesy, but I feel this drive to help make the world a better place. What that looks like for me breaks down in a couple of different ways. Representation matters.  With two exceptions, I’ve only worked to help elect women, people of color, and those that identify as LGBTQ. By helping to elect these people, they will continue to work around issues that help to push change in big ways for those communities. I know that I got very lucky in life, and making sure other folks get those same opportunities that I did is really important to me. I work really hard to help mentor and connect people around what they are passionate about. Life is short. Being a cancer survivor – being face to face with having to contemplate my own mortality at 30 years old – it made me appreciate life more. It made me recognize how short of time we have and wanting to make sure that others are able to live their lives as freely and richly as possible and, selfishly, to leave my mark and have a lasting impact. I want to help have a positive impact on as many people’s lives as possible. That’s what keeps me going in this work.

You mentioned Lourdes University where you created PRISM, which was the first LGBTQ organization at a catholic university. I’d imagine that came with a slew of its own challenges?

Oh, absolutely. I was in my early 20s and I had this “my way or the highway” mentality. So recognizing that yes, it’s a catholic university but it’s also Lourdes, which is centered in the Franciscan tradition. I originally thought that there was no way they were going to let me create a space for the LGBTQ community. So we started to have conversations with other students who shared LGBTQ identity, like Tim Broud, or teachers that I felt I could trust, like Dale Lanigan and Dane Copti. I knew that, at some point, I was going to have to have a conversation with the administration. I could remember walking down the hallway to their offices, my shoes clicking in the hallway, and just feeling this immense pressure that everything was riding on this conversation. I knew I needed to get the sisters on board first, and that was a hail mary pass. Sister Ann Carmen Barone, the Vice President of Mission and Ministry, changed my life that day. She is who I give credit to in terms of where I am today; she was the one who taught me all of the things that helped shape me. She taught me how to identify stakeholders, to get buy-in around issues, that sometimes you have to compromise and that can still be considered a win. She did it in a particular way – I always thought compromise made you weak or that a less than ideal outcome was a loss, but it is really what brings together different communities around a shared vision. She was on board from day one and was transparent that it wasn’t going to be pretty, but that it was in line with the mission of the university. The only push back we got was from other students, and then reporters got a hold of the story because it was unheard of. From there they found out that my stepfather is a Pentecostal Pastor, and they tracked him down- he gave an interview speaking against me. It got pretty ugly at one point. It took us three years to officially form PRISM, but we had all the conversations with stakeholders that we needed to.  Over a decade later, I still get emails from students thanking me for carving out that space for LGBTQ students on campus. It was totally worth all the time and effort.

With One Colorado you have a focus on change through education. What advantages are there to taking that approach?

There are today, more than ever, a lot of folks that talk at you, whether you’re in politics or not. The approach we take here is talking WITH people. Educating voters around legislation and how it impacts LGTBQ and their families. Or how certain policies that may not seem like a big deal to the general public have immediate and lasting impact on folks in the LGBTQ community. In November of last year, One Colorado worked very closely with the Colorado DMV to add a third gender option on drivers licenses.  Some folks who are cisgendered may not understand why it is important for non-binary folks to have access to an identity document that accurately reflects how they identify. When you’re talking with allies who aren’t as knowledgeable around these issues, and being able to provide a space for them to have that dialogue, that’s how we ultimately change hearts and minds.

How can we help be more inclusive and create safe spaces in our lives?

Intentionality. We, as a society, tend to surround ourselves with folks that are like us because it’s what were comfortable with. But if we want to have more diversity and inclusivity in our lives, we need to be intentional about it. Start by challenging assumptions. We all carry biases; the difference for what makes a good ally is someone who admits that they are in a space of continuous learning and that they don’t have all the answers. That applies to the queer space as much as it does in the work with communities of color, first-generation Americans, and women’s rights.

Seeing former staff do great things in their next jobs. Seeing the change-making work that they’re doing and feeling like my largest impact is exponential in growth in developing others, not necessarily my personal work.

For more information about how One Colorado advocates for LGBTQ Coloradans and their families by lobbying the General Assembly, the executive branch, and local governments on issues like safe schools, transgender equality, relationship recognition, and LGBTQ health and human services- please visit https://one-colorado.org/