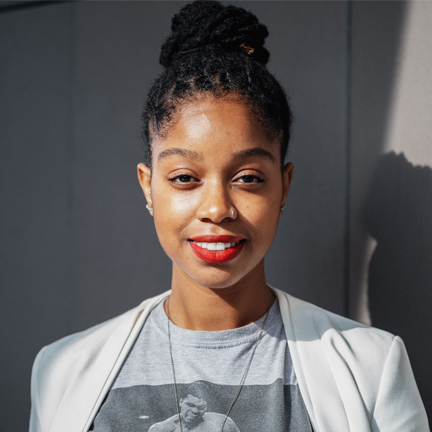 Ravon finished her M.A. degree at George Washington University in American Studies and now she is working at the Smithsonian National Museum of African American History and Culture. We met with her to learn about how she found her passion during college and what it means for her to be powerful. 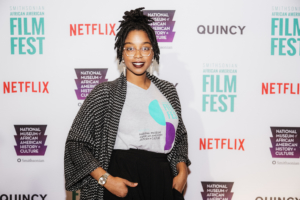 Ravon, where did you grow up?

I’m from Illinois, outside of Chicago. I grew up with my mother’s side of the family. My mom was born in Detroit and a native of Chicago. I am one of the few college students in my family. Most of my family was involved with the military in some capacity.

When did you move to Washington D.C.?

I came to Washington D.C. for graduate school 2014, to pursue a Masters in American Studies at George Washington University. I became part of the team for social engagement that helped open the new Smithsonian National Museum of African American History & Culture. I came on full time that following year in January 2017.

Where did you go for college and what did you study?

I went to Virginia Commonwealth University in Richmond, Virginia. I majored in Anthropology. I had a fascination with language and culture. I thought I would do some sort of culture ambassadorship. During my junior and senior years, I started to have a larger interest in museums. I was taking courses in linguistics, and studying Spanish and Italian. I also took some black feminist courses, which is what pushed me more into museums. In these classes, I started to have questions around representation, especially of black women. I began to merge my interests of black feminism with museums, and I started interning at the Black History Museum and Cultural Center of Virginia. I saw first-hand the needs of museums in a place that is saturated by college students. I started looking at urban sustainability and how museums can impact public spaces. Then I applied to GW for graduate school. I concentrated in Museums and Material Culture. The first class I took involving museums and material culture was with a professor at the Smithsonian National Museum of American History. That led me to my first internship with the Smithsonian.

Why did you decide to go directly to graduate school? 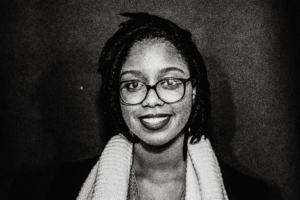 I went to graduate school because I thought it was what I was supposed to do. Not many people in my family went to college. When I graduated from college, it felt unfinished. I wanted to continue to learn about my passion and build a pathway for myself. I needed guidance. Graduate school provided mentorship. In college everyone was interested in biological and archaeological anthropology in my department. I wanted to really go in depth with my field and explore my interest in working at a museum. Grad school put me in a place to have those conversations—to really investigate on a deeper level.

For me, being powerful is about community-building and how I can be in community with others.  Whether it’s my personal work with Brown Girls Museum Blog or my work at the Smithsonian, I’m most powerful when I am able to give space for other narratives to be heard. I see my power in community.

What is the largest challenge you faced and how did you overcome it?

One of the largest challenges I’ve faced is battling ‘imposter syndrome.’ It is a feeling that convinced me I was incapable of holding my own in rooms with influential people and at decision-making tables. For awhile, I thought the only remedy was to keep my head down until I became an expert, but ultimately I was undervaluing my own experiences and knowledge that I bring to every room I enter—and that’s enough. 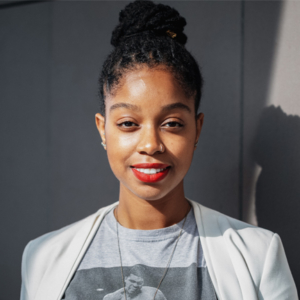 When did you start your blog, Brown Girls Museum Blog?

I started the blog in April of 2015 with my business partner Amanda Figueroa. We were in the same graduate program. We did not interact much prior to it. Through a networking event we realized we had similar interests. We met in the middle with both of our skills. We noticed there was no one of our age demographic or that looked like us talking about museum work. So in 2015, we became two brown girls blogging about museums. People started inviting us to speak and do workshops, so much so we recently launched our business Brown Art Ink—an incubator to support the arts ecosystem and community. It is about bringing more women of color to these spaces. How do we uplift the stories that are often not told? We are interested in creating programming around artists and connecting them to institutions and having a platform for their work to shine. We want visibility for women of color. Our goal is to bring more writers and perspectives to the blog to bring new criticism to the field.

Read more about Ravon and her work on her blog: