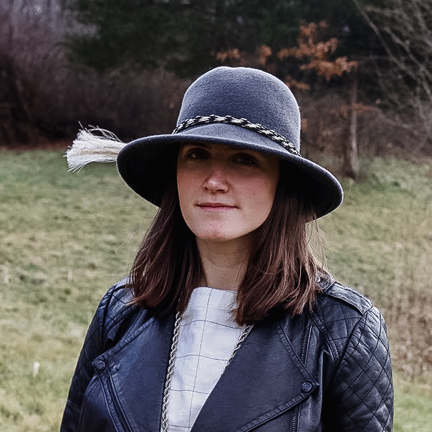 Pippa Biddle on the Power of Recognizing Privilege

Pippa Biddle, a 26-year-old writer based in the Hudson Valley of NY, spoke to us about her passion for writing, her upcoming book, being outdoors, and the challenges and excitements she faces being an  antique and restoration shop owner in Germantown, NY. 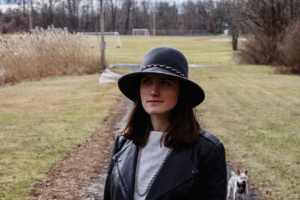 Where are you from?

I grew up in Katonah, NY—my dad is from New Hampshire, so naturally he wanted to move to the country after a few years in New York City, but my mom was raised in a city and was appalled by the idea of living on a dirt road. So, they settled on a suburb, and my two sisters and I were raised in the middle of a small town. For high school, I attended Miss Porters, an all-girls boarding and day school in Connecticut. Going to Porters was the best educational decision I’ve ever made—and I am very lucky to have had it as an option!

What did your plans look like once you graduated from Porters?

After high school, I took a year off and had a full-time fellowship position with Dr. Jane Goodall’s youth program Roots & Shoots. I helped to advocate for the program and travelled a lot, speaking on behalf of the organization. Once the fellowship ended, I started at Lewis and Clark College in Oregon—initially, I wanted to be a rock climbing guide, but had to accept that, while I still love climbing and hiking, my body wasn’t cut out for guiding. While I was at Lewis & Clark I got involved with a tech startup based on the East Coast. While I loved Oregon, transferring made sense, so I moved to Barnard College, where I’d be able to work while still in school full-time. After another year, I was at a crossroads. The company was doing well enough that I needed to cut back on school, but Barnard doesn’t let students go part time, so I eventually decided to withdraw from college. A little over a year later, the startup was acquired by a bigger company. I worked for the bigger company for a few months before realizing that it wasn’t for me and decided to leave to go back to school. In the end, I landed at Columbia, where I graduated with a major in Creative Writing in 2016.  If it wasn’t for every single step in my path during these few years, I wouldn’t be where I am today, which is why I try to say yes to every (good) opportunity that comes my way.

How were you able to apply your studies to your career after graduation? 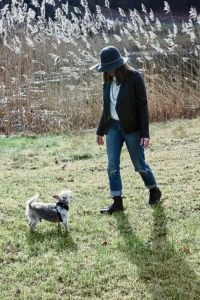 Once I graduated from Columbia, I bought a van and lived out of it for about six months. I’d started getting paid to write here and there before going to Columbia and decided to try to commit to it (with side hustles, of course). I also do consulting, writing coaching, and run an antique store in upstate New York! It’s a lot, and I juggle a fair bit of risk, from being in a dying field (rip print) to opening a retail business with my partner. I realize that I have the privilege to come from a background where I have a safety net that makes it all possible. I am lucky that I don’t have to worry that, if all of this falls to pieces, I’ll be homeless. I have the ability to say yes when others can’t, and I am grateful for that. I still have to work very hard, but I think it’s important not to deny that there is more that goes into it than just long hours, even if it’s uncomfortable to admit.

Tell us about your recent book deal with University of Nebraska.

I’ve been working on a book, Ours to Explore: Privilege, Power and The Paradox of Voluntourism, that is about voluntourism and international development that mostly focuses on the idea of unrecognized privilege that exists in these activities. People with my background have a long track record of making decisions that are either not sustainable or, often, harmful, and we need to change the ways we travel, consume, and try to ‘give back’. Writing a book won’t solve the problem, but I’m hoping to raise awareness and increase knowledge to the point where people are more willing to listen to the many people of color who have been saying the same things for now hundreds of years. Overall, we need to create more spaces where we can address the inequities that are present throughout society in an open, honest, and vulnerable way.

What inspired you to write this book?

I wrote an essay that went viral in 2014 about my experience participating in voluntourism that was highly self-critical. The article went viral, which was kind of scary, actually. I was featured in a documentary shortly after, and I started doing interviews and speaking on the dangers of voluntourism from a former voluntourists perspective. As a writer, I also started writing more. Originally, I wanted to write a memoir that dealt with my experience, but, after over a year of working on it, I realized that it wasn’t at all what I wanted to do. The world didn’t need another book like that, so I started looking for a new agent and found Jeff Ourvan at the Jennifer Lyons Literary Agency. I sent my proposal to him and he liked my core idea, but wasn’t interested in representing it as it was. Miraculously, the list of things he said he’d need me to do lined up exactly with what I’d wanted to do but didn’t think I was good enough to even try. We worked together on the proposal and the book scheduled to be published by the University of Nebraska in 2020.

Apart from your career as a writer, you run an antique shop in upstate New York. Tell us a little about the store. 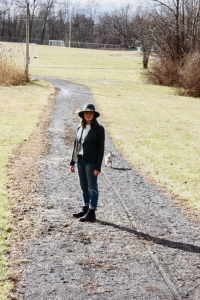 Quittner Antiques is in Germantown, NY, which is a really beautiful little town! There is great joy in being able to walk outside and truly be ‘outdoors’ and immediately immersed in nature. All credit for opening the store goes to my partner, Ben, though. He’s a very talented antiques restorer and craftsman and has been working on historic properties for a number of years. Doing that, you end up collecting a lot of ‘old stuff.’ Last year we took a serious look at our storage unit and decided it was time to start a business. We opened in May, and it’s been a lot of fun. I never imagined running a retail store because it’s such a huge commitment to being in one place continuously, but it’s been incredible having this opportunity to be a part of a small town. There is a tactile relationship that forms between you and the objects and then between you and your customers through the passing on of these pieces with such deep history that puts things in perspective. It reminds you how much of what we as humans create is temporary, but also how much of what we create actually is lasting. I get to use and love and pass along items that are sometimes hundreds of years old, and it’s fascinating to see how, while the creation of these items may have seemed trivial in the moment, they continue to impact people’s lives.