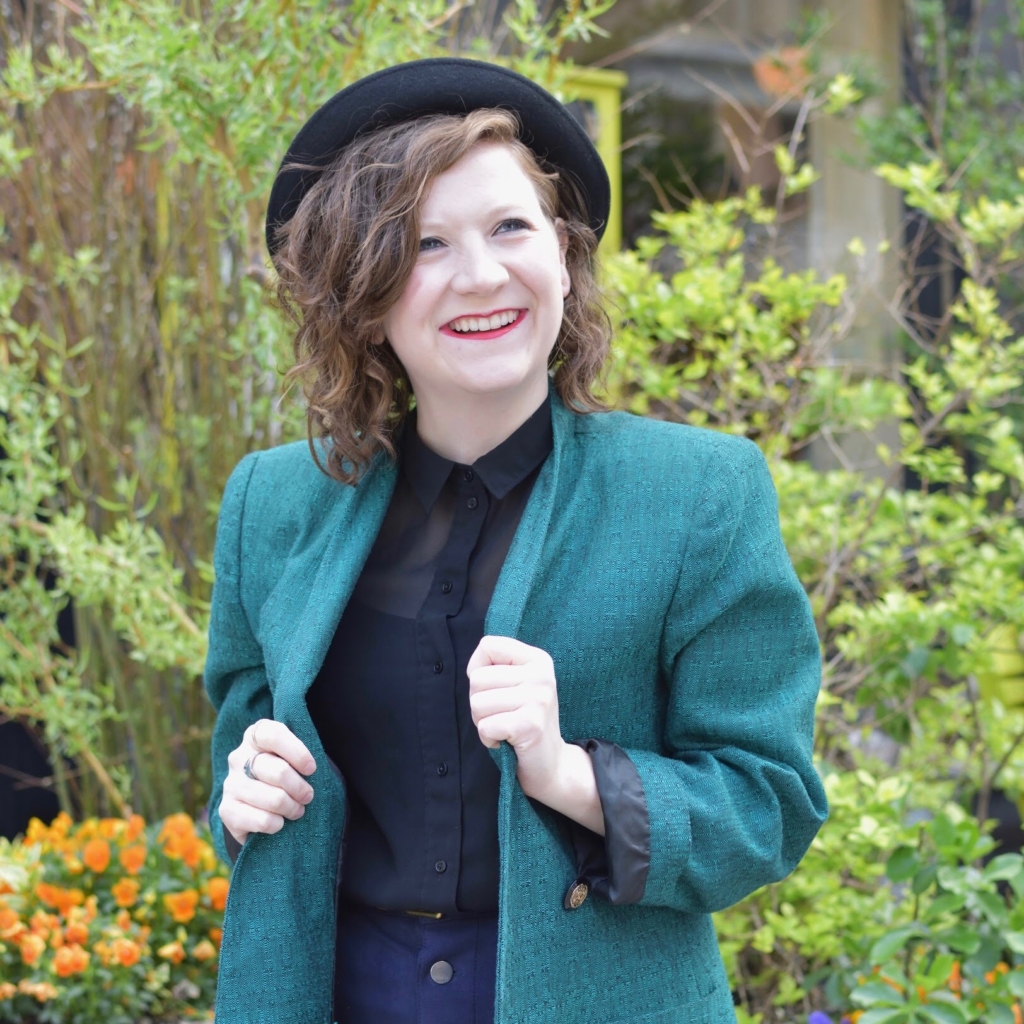 Mimi Hayes on The Power of Owning Your Narrative

Mimi Hayes is the New York author of “I’ll be OK, It’s Just a Hole In My Head”, a memoir about heartbreak and head trauma. Mimi had just graduated college and was on the road to being a high school teacher when the unthinkable happened, she had a brain aneurysm. Mimi talked with us about life after an aneurysm, and how it ultimately led her to finding her true path.

You had a brain aneurysm at 22, can you talk to me a little bit about how that happened and what recovery was like?

I was on my road to be a high school teacher which meant 6 months of student teaching in my hometown of Denver Co. I went through a massive break up was reeling from this depression from that situation. I was five days into student teaching and had a lot of irregular symptoms that were misdiagnosed as depression or anxiety, or several other issues. Eventually they got worse and I was struggling with vision, nausea and as mothers do, mine advocated for me and forced them to do an MRI. The MRI showed I had previously suffered a stroke and I had what was called a  Cavernous angioma. Which is a clump of cells that had been in my head all my life and probably because of stress it caused my brain to swell. I was on bed rest for a month at my parents house because they wanted to let it sit in hopes that it would go away on its own. Mine grew in size and within a month of having it, I couldn’t walk, lost 20 pounds of muscle mass, and I was seeing double. Once I lost my taste buds, the doctors rushed me into brain surgery on October 3rd, 2014. I spent two weeks in physical therapy relearning how to walk and just do basic skills again, and within a few months I was back in the classroom.

You talk in the book about how you process a lot of traumatic situations through humor, can you explain that to me?

I call it my funny filter – I was processing my trauma through humor which made it easier than accepting the reality for what it was. And it was positive initially, but now I am seeing some of the fall out from that. Just because I wasn’t being honest about my feelings at that time, I was not really managing the fear in that moment. You can’t get away from it, they’re real human emotions and to just choose not to feel them isn’t realistic long term- you still have to process those emotions, because they’re going to come out one way or another. 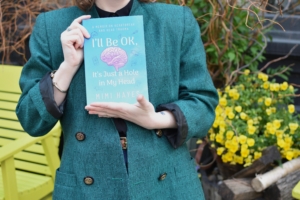 When it comes to processing traumas, whether medical or emotional- although the two are often one in the same, what is a piece of advice you would give people going through the thick of it?

I don’t advise comedy for everybody, but I think I would say to  find something that you enjoy that distracts you. So for me that was writing and using humor that isn’t funny at all to help process through it. Which if that’s not your bag, find something else that distracts you. If you don’t have an outlet, you’re not going to be okay. Don’t just sit with your crap. Even if that means you’re delaying you’re coping, maybe it’s too soon to process while you’re in it. Give yourself that grace, right now it’s easier for me to talk about it 4 years later it because it isn’t as overwhelming. So I guess my overall advice is to give yourself some time, you’re not going to just muscle your way through it.

You talk about, and it’s evident in your book (spoiler alert, I read some of it), that humor is a natural extension of you. Why do you think humor is important in the mental health sphere?

I just think we take ourselves way too seriously. Everyone has their own crap, everyone has stuff they’re dealing with. So if that’s the truth- then really what’s your lens, how do you laugh about it? We’d all be walking around in these depressive states if we couldn’t laugh about it. I’d rather make fun of it and relate to people on that level, people always apologize for my brain injury which is hilarious because they didn’t cause it. I would rather have a human moment and share laughter, even if its painful laughter, that’s more of a relief than sitting in that pain and having a victim mentality. It’s way more interesting and empowering to make someone laugh about something- that’s real power. By taking ownership of my story and using humor more survivors can dictate what that looks like instead of professionals dictating what that looks like.

Have you always wanted to be a writer? 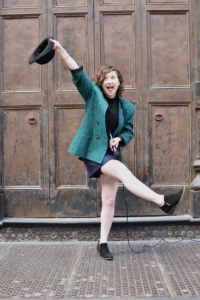 No, not at all. I didn’t even like writing. I was a history major in college. But everytime I would try to write a paper I was trying to use puns etc. and not writing academically. Which the result is now that I wrote this book, I discovered this wonderful voice of comedy that deep down was always there I was just never given the space to use it. God knows where i’d be had my brain not exploded. Where im at now, i’ve claimed my voice and my story. I was writing shamefully for two years late at night and I think my insides were splitting because I felt this desire to be a teacher, but I also felt this pull to be a storyteller which is teaching in a different form. The two sides were constantly at war. So it took me a year to finish up the classroom and I left at the end of my second year.

How did you make the jump to New York?

For me there was no middle ground. You either seek your dreams full out or you fail and come back. I think it’s a lot easier to jump for your dreams than to sit in a life that you don’t like. I’ve felt what it’s like to sit in a 9-5 that I hate. I was in the car driving to my teaching job and started choking on a muffin and I thought to myself, “oh my god, what if my life just ended, choking on a muffin going to a job I hate?”  If you were to die today, wouldn’t that suck if you didn’t leave behind anything you’re proud of? If you didn’t make an impact? If your life is not enough for you then what the hell are you doing? I think you will always be pursuing that, but if you’re not trying or putting yourself out there then you’re always going to be left behind in your own life. By not your dream, it lets you down but also lets down everyone else that could’ve been inspired by you chasing your dreams. It’s so much bigger than ourselves.

You talk in the book about your support system that got you through your brain trauma and breakup. How do you think a support system plays a role in our lives?

Oh, it’s one of the most important aspects. You won’t survive any of this life without a good support system. But more than that, we need to surround ourselves with people who share that same energy. I challenge myself with the people around me who are chasing their dreams and check me on it if I’m not doing the same thing. I get that it’s hard to chase dreams relentlessly, I’ve been there. But guess what, you’re the only one in your way- ever. Everything you’ve ever thought you can make happen, you have the capability to do it.

I would say laughter. When I make someone laugh, it makes me feel good. It’s a connection piece that I can make someone feel good enough to laugh, which by laughing you’re smiling, unless you’re a sociopath, then I’ve done my job. I like impacting people and leaving a happy mark on people, it’s a good feeling. It’s a validation form and for me the quickest way is laughter.