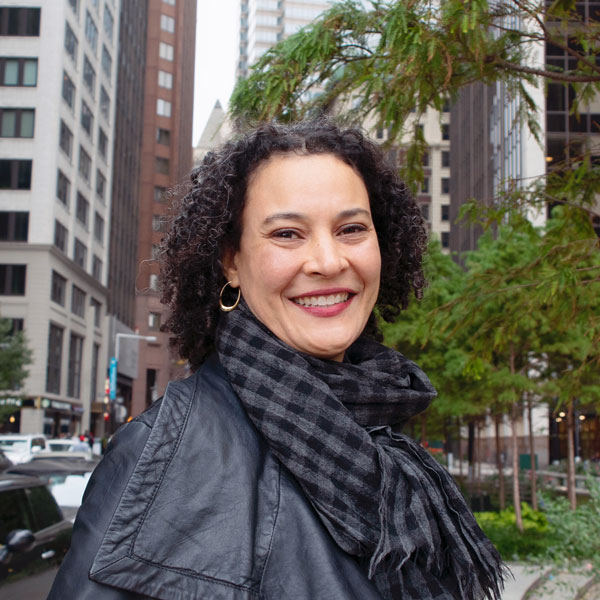 Meagan on Social Change within the Legal System

I met with Meagan Burton at Earthjustice’s office in Manhattan, where she began working as a senior attorney last year after five years as a public defender in Boston. She cares deeply about protecting the environment and vulnerable communities. In the office, she’s an advocate for women, particularly women of color. We talked about her career path, her decision to backpack around the world before going to law school, and what makes her feel powerful.

Tell me about your transition to law school. How did you know what kind of law you wanted to focus on?

I always thought I’d enroll in law school; I just didn’t know when. The prospect of incurring a ton of student debt seemed daunting. I also knew I wanted to travel and see as much of the world as possible before becoming a lawyer and incurring all that debt. After college I worked for six years in the legal field to save some money, and in 2007 my boyfriend (now husband) and I took a six-month backpacking trip around the world, starting in Vietnam, meandering through the Middle East and North Africa, and ending in Spain. It was during that trip that I decided to focus on public interest work. When it came time to enroll in law school, I sought out programs that focused on public interest and social justice. I considered a wide range of such work — for a time I wanted to be an immigration lawyer, helping asylum seekers and refugees — before settling on the criminal legal system and representing the most vulnerable among us. 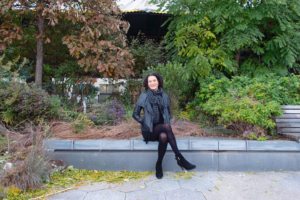 You went from being a public defender in Boston to now working at Earthjustice in New York. Why did you make that transition?

I loved that work. I helped people better their lives, fought injustice, and held the state accountable. But it was emotionally draining. After five years, I was exhausted. Protecting the environment presented a new challenge, one that has the potential to do more good for more people. With recent changes in Washington and an intensifying global realization that our environment and way of life are at risk, there is no better place than Earthjustice to wage this battle.

Climate and energy is your focus at Earthjustice. Can you tell me about what you do at your job?

I try to limit the amount of pollution caused by fossil fuels while also promoting renewable energy. That involves fighting against the expansion of hydraulic fracturing, also known as fracking; pipelines; and power plants that emit toxic pollutants. I actively try to shut down dirty power plants. I place a special emphasis on low-income, minority, and vulnerable communities, because they typically suffer the most at the hands of polluters.

Meagan, why environmental law? People would argue that there are more urgent issues.

While in indigent defense I realized that many of my clients’ difficulties were the result of environmental harm. Take lead poisoning. Many of my clients grew up poor and lived in homes that had lead paint and other toxins. Too much exposure to lead as a child often leads to disastrous consequences, such as brain development and behavioral problems that last a lifetime. A lot of my clients were doomed from birth. Righting environmental wrongs is one way to attack pressing social problems before they metastasize.

You work in the legal system. Do you ever feel frustrated by the process? Is there a faster or more straightforward way to solve problems?

I wish there was a better way. There are good reasons why the legal system works in certain ways. Sure, it can be slow. But a lot of that has to do with the way various governments fund their courts. The big problem I worry about is the politicization of the courts.

Being a woman of color in the legal community is difficult. How do you make sure your voice is heard?

It requires a certain fearlessness. You’ve got to be open and honest with people. For example, when I was a public defender, I was subjected to racial slurs in open court. It was unacceptable. So I said something, and it stopped. Because had I not, it would have continued.

No one should be subjected to mistreatment. But you have to use your voice if you want your voice to be heard. Think about the most productive way to achieve your desired outcome. Then execute as soon as possible. 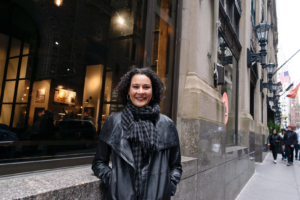 Related, one piece of advice I’d offer my fellow women is to remember to be kind and supportive of one other. I know we’re often pitted against one another in the workplace and that competition often breeds frustration and bitterness. The professional world is hard enough; there’s no reason to make it even more difficult by not supporting your sisters in the office. We really do need to be there for each other and make sure all of our voices are heard.

Advocating for people who need it. Sometimes the people I represent just want to know that someone cares about them. Whether in court or elsewhere, ensuring that injustice is considered makes me feel powerful.

Finally, what gives you power when you need it?

There’s an old adage that I think of whenever I need inspiration to keep fighting. “If you don’t stand for something, you will fall for anything.” I interpret it this way: If I don’t keep fighting, I become part of the problem. That’s the last thing I want to be.