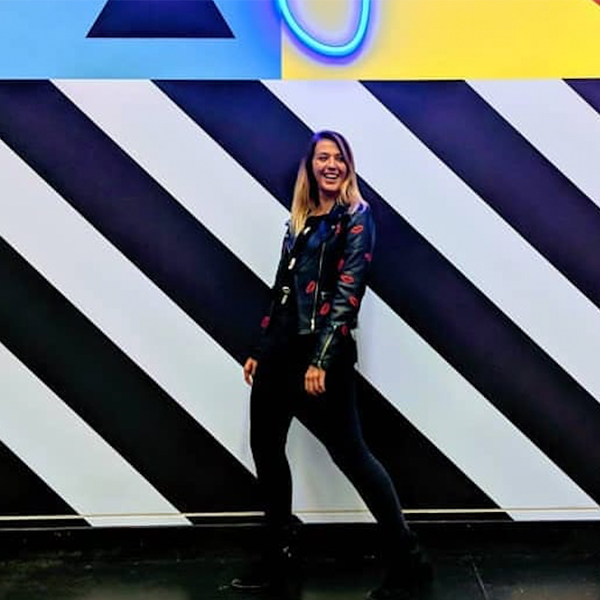 Where did your passion for advertising and PR start?

“It started with my passion for film, I originally wanted to be an editor or film director. I studied in Paris at the New York Film Academy during high school and majored in film at Syracuse University. I loved how I could communicate how I was feeling through another medium; visual or sound art. I remember I would get so nervous when my film would play for the other students! But I always received amazing feedback, however the students in my class were surprised by my work because I was the “blonde boho looking girl from California” who said “hella” and the rest of the class was mostly male from the East coast and “arty.” Personally, this fueled my passion to learn how to communicate with diverse groups of people. 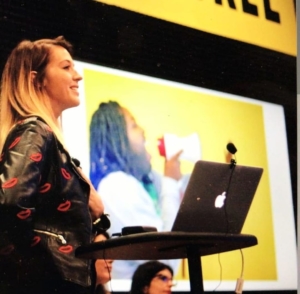 Unfortunately I had to transfer to another university due to financial reasons and the film department was full! So they said I could be in the PR and Advertising department which was still a part of the film school. At first I was disappointed but I came into my own when I won an award for Best Marketing Plan out of 100 other students. I guess I had a knack for it! Then I kind of fell into the advertising world after I graduated college and worked for global media agencies in the US and UK with well-known brands like MasterCard, Mercedes, Kellogg’s, Marc Jacobs, and plenty others. My passion for communication through innovative mediums really drove where I am today.”

What was your reason for starting your own agency?

“I became so frustrated that everything was out of my control. If I wanted to create something new and innovative it would take months, if not years, of managing teams internally and externally, creating and executing processes upon processes, selling in the idea little by little to people below me and above me, ensuring data and tech are in place and accounting for all the little details and mistakes that other people could potentially make if, and that’s a big if, it were to go live.

I didn’t feel like myself anymore. I wanted to create something and see it through. And as I continued to sit through meeting after meeting with brands, I saw an opportunity in the market and seized the moment. More brands were beginning to put bigger budgets into influencer marketing and content creation, and as an influencer and marketer this is something I knew inside and out. So I just went for it and in under two months of launching I’ve been working with brands globally and growing very quickly.

What was your favorite project with INKWAVE and why?

I’ve loved working on everything, without sounding too cheesy it’s truly amazing being able to do my dream job every day. I guess I would have to say it was very exhilarating landing the first client, the proposal we pitched was 360 approach to content and social media using influencers in a new and innovative way. The feedback we had from the client was fantastic as not only did they find our proposal creative but they genuinely said, “I just want to work with you because I like you.” What advice would you give to current students interested in advertising and PR?

What advice would you give to current students interested in advertising and PR? 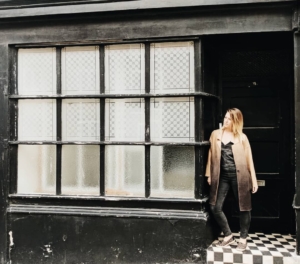 “I think it’s hard because I don’t believe there is a clear path in this industry. I could say you should work for a large agency and learn how to work your way up and get noticed with big brands or I could say work at a start-up because you’ll be more hands on. But I think the main thing is just follow your intuition. There were moments when I thought I should be doing something else but I didn’t because people convinced me to follow a more traditional path. I do my best when I listen to my gut feeling, and it always works out for the better.”

“Being able to be yourself all the time. It has been hard for me to stay true to myself, especially after I had my son. I completely lost who I was and who I wanted to be. Especially when I was at work, I felt like my soul was being slowly crushed. There were so many people telling me how I should be or how I could be better, and as the amiable go-getter that I am I changed myself for them.

People who are more senior give you advice and you think, “you know, they must be right, they’ve been through it all.”  But, they are not always right. So, listen to them, but also listen to yourself. Make your own decisions. I did not originally do that in my career, but now I am and everything is working out for the better.”