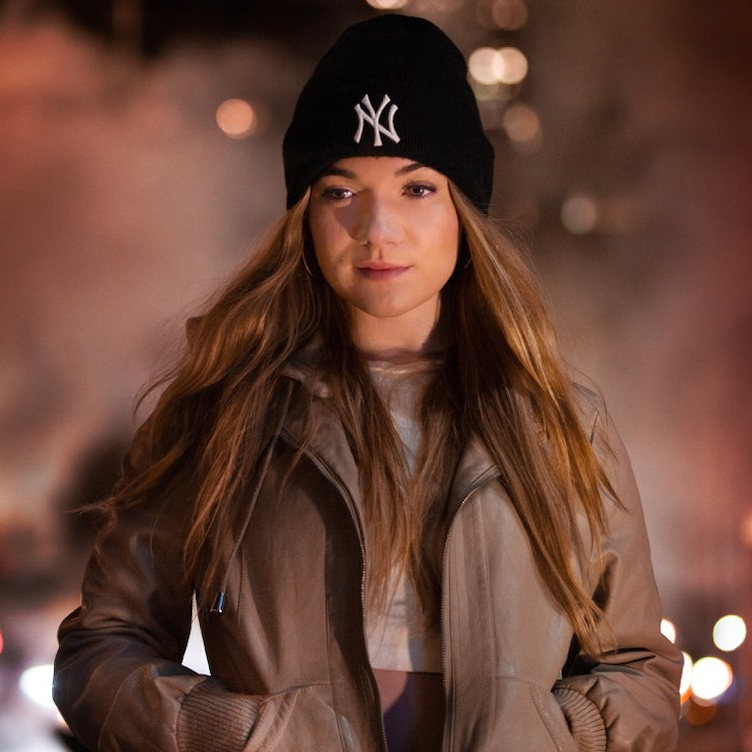 Fresh off an audition for a movie-musical filming in New York City this summer, The Power Thread caught up with dancer Maudie Brown as she prepared for her move to L.A. Her hunger, and love of dance, her trust in herself and her talent, has kept her going, even through the doubts of others. 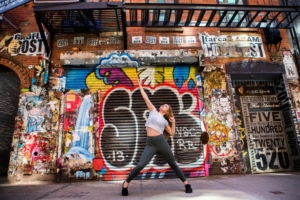 When did you start dancing?

I started dancing at camp. I went to Camp Kamaji for Girls and my first year, when I was nine, was when I took my first dance class. Immediately when I got home, I asked my mom to put me in dance classes. I was also doing children’s community musical theater, and taking dance lessons just helped me be more confident in those auditions. From there, all through my childhood to high school, I was dancing at a studio: hip-hop, jazz, modern, tap, ballet. I did and loved it all. At my high school, New Trier in Winnetka, IL, we had a really advanced dance program. You had to audition to get into these programs and so my senior year, the last two periods of every day, I was dancing and learning how to choreograph. We had our own show, and it was really amazing. I actually realized when I entered the Wisconsin Dance Program, that what I was doing in high school was at a college level.

Dance is a very intense profession to enter. Have you ever had a moment where you waivered in this decision to be a dancer or anyone made you second guess the choice?

So, I actually got into Wisconsin through the agriculture school. I didn’t think I wanted to continue with dance professionally. There were all these professions I was interested in. At one point I thought I wanted to be a nurse. I thought I wanted to do dance movement therapy. I was going to take one ballet class. Once I dipped my toes into the dance department, I couldn’t leave. I was completely absorbed by it. I needed to have that feeling of dancing all day. I auditioned for the dance major halfway through my freshman year and got in. So, I’m a dance major, and my parents are thrown off and slightly worried. How was I going to make a career out of this? I had an advisor at the time that told me if I don’t want to major in something else, don’t. It doesn’t mean I won’t be successful. It doesn’t mean I can’t thrive. Just because you don’t have a piece of paper with a certain degree name on it, doesn’t mean you don’t have an expanse of knowledge. You carry that knowledge of everything you do with you, always, through whatever career path you choose. I woke up every day needing to dance. That’s what I needed to do. I took all that back to my parents, and that really convinced them.

You’re in New York City now, dancing, auditioning, getting yourself into the industry. How did you get to New York? 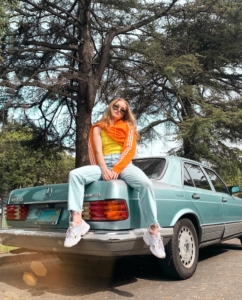 I went to this dance intensive in New York City during the winter of my senior year. I went with a friend, it was her idea originally, but I realized when I got there, that I could do this. It gave me the confidence to realize that I was good enough. In the small dance department I was in at Wisconsin, all I was focused on was what my professors said, what I was learning from them. What I realized was that my professor’s opinions were not the final word. It’s so easy in the arts community to be in a bubble and consumed by that bubble. I learned so much in that department and from those professors, but I had to get out and see what else was there, to realize I could be great at this. After graduation, I went to a six-week dance intensive at the Duke campus with all New York choreographers. I decided I was going to go balls to the wall in this experience. Any choreographer I was interested in learning more from, I introduced myself to, I took them out to lunch, got all the information about dance in New York I could from every one of them. I knew from this intensive that I was moving to New York that fall. I was going to do this.

After being in the New York dance scene for almost two years, how has your headspace around dance changed?

I’ve really learned that no one is going to support you if you don’t support yourself. It seems so obvious, but saying it out loud for the first time, really made me realize I need to own this passion. I need to own what I’m doing and make what decision is best for me. When someone doubts a decision I make, that is not my doubt, that’s theirs. If you want other people to believe you are doing the best thing for yourself, then you have to believe that. Learning to share what I’m doing in a non-defensive way has done wonders for me and my career. You can’t be mad at people who don’t know about your world. They just want to know, so you just have to educate them the best you can about what you’re doing. Someone recently asked me, “What’s the goal?” I’ve realized the goal was to dance here, to maintain my life. I’ve reached that goal. I’m supporting myself. Goals are so much more within reach when you say them out loud. So now I have to ask myself, what is the next goal?

Next is actually L.A. My next goal is to dance for an artist, and Ariana Grande is the BIG goal.  For that, I have to move to there. Her choreographer is out there everyday teaching classes, so I have to be there to learn from him. I did a summer intensive in L.A. last summer, and I saw this intensity. I saw this hunger in L.A. dance. Those dancers are fighting for their lives. Dance in L.A. is where you learn to stand out, not just get auditions. I’m interested in that hunger. I haven’t been able to get it out of my head. Now I’m doing something that I really want to do for my career, and it hurts a little. I’m sad to leave, but those dancers know how to get noticed, and I’m at the point in my career where that’s needed.

What advice would you give people interested in pursuing a career in the arts?

Being a performer, having a profession in the arts, it’s fragile time. You’re in constant critique. It’s a really fragile balance between not giving a fuck, but learning from the critiques people give you. You have to learn whose opinions YOU value–not who your friends value–and take their advice more seriously than the other garbage.

As a dancer, as a woman, what makes you feel powerful?

I grew up in a world where pursuing a career in dance was not a thing people did and dancers were never the front of the show. We’re there to be in the back. You never really know a dancer’s name, and even though all those aspects are in front of me, I love what I’m doing. My brother recently told me, “if you’d listened to us, you wouldn’t be very happy.” That made me feel so proud and powerful. I’m here because I made the choice to believe in myself.  Not to take away from the love and support I’ve had, but I’m here because I listened to myself and I’ve stayed true to what I love and what I wanted. That, to me, is power. 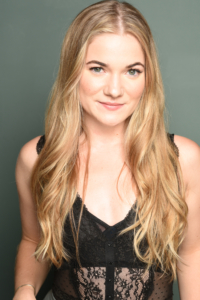