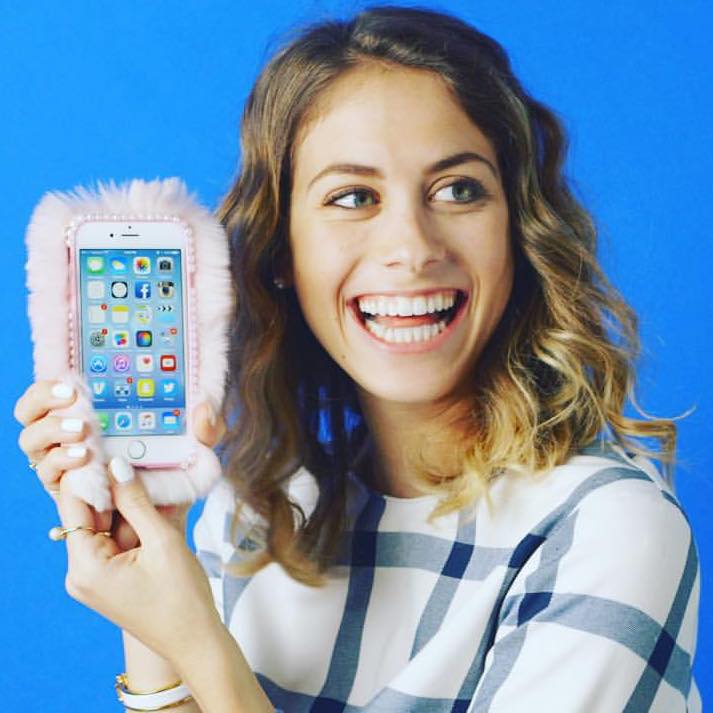 Lucie Fink on The Power of Building Your Personal Brand

I had the opportunity to chat with Lucie Fink, a 27-year-old video producer, lifestyle host, stop motion artist, and social media personality. Lucie spoke with us about her experience in the media/entertainment industry, and most recently, the process of building out her own personal brand. Read below to learn more about how Lucie navigated her career path post-college and what makes her feel powerful and confident. 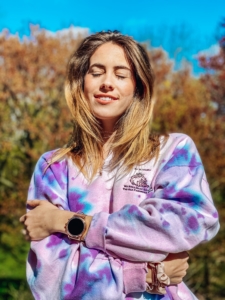 Where are you from? What did you study in school, and how did that inform your career decisions?

I’m originally from Westchester, NY, and I attended Johns Hopkins University. Going into college, I intended on becoming a doctor so I initially pursued the pre-med track. Pretty quickly, though, I realized I wanted to follow the entertainment/media track as a profession. I was involved in my high school’s drama club and performed in an A cappella group at Hopkins, so growing up, I was always interested in performing and developing a stage presence. Ultimately, I decided to major in creative writing since Hopkins didn’t offer a communications major. On the side of my studies, I was involved in many extracurriculars that allowed me to create video content, such as developing a YouTube series for the Johns Hopkins Admissions office. By the time I graduated from college, I had an entire video reel of content I had produced as well as footage of me on-camera, which helped lead me to my first job at an advertising agency. I came from a very privileged background and had a lot of support from high school through college…this is important to note, as not everyone is given the same opportunities as I was when it comes to networking.

Can you talk about your first job?

My first job out of school was at Ogilvy & Mather, a large advertising agency. In this role, I had made the decision to go down the production route, as opposed to being on the on-camera side of the entertainment industry. Looking back to when I graduated college in 2014, it’s important to note that the media landscape wasn’t the same as it is now, where various media companies are grooming in-house digital talent. At the time, I had no idea what “on-camera talent” was going to look like. I thought it would most likely be in the form of being a newscaster or a red-carpet host. Neither of those routes excited me very much, so I decided that, for the time being, I would become a producer and learn the creative / behind-the-scenes side of the business.

How did your career transition from production to on-camera talent, ultimately landing you at Refinery29?

While I was working in production at Ogilvy & Mather, I figured that if an on-camera opportunity presented itself, I’d take it, but it wasn’t necessarily something I was actively pursuing. As more time passed, I found myself telling colleagues (and anyone I met in the industry) that my passion really was to be working in front of the camera, and simultaneously, I developed a passion for creating stop-motion videos. My Instagram account started to grow rapidly from posting these short videos, and brands began reaching out and offering to pay me to create 15-second stop motion videos for their campaigns. Eventually, I was recruited to work for Refinery29 by the former creative lead of Ogilvy & Mather (she had recently left Ogilvy to become the COO at R29 – networking at its finest!).

Can you talk about your experience working for R29 full-time while simultaneously building out your own brand?

Refinery29 was incredibly supportive of me building out my own personal brand alongside the work I was doing for their channels. They provided me with an internal talent manager who acted as sort of agent for me, helping me negotiate brand deals and partnerships on my personal accounts. As my following started to grow, I noticed that they were developing a stronger interest in my life “behind-the-scenes” working at Refinery29, as opposed to in my stop-motion video content. This is how my Instagram account transitioned away from its initial “pop art” aesthetic and moved toward content (photos and videos) that capture the essence of my everyday life. As I moved along and grew with my channel, I had to learn how to work with brands through Instagram – I found myself learning on the fly and negotiating rates. I realized, however, that once I was able to generate enough demand, I could reach out to brands that had higher budgets, which, in turn, helped elevate my brand even further.

What led you to making the decision to leave R29 full time, and dedicate your career to developing Lucie Fink as a corporation?

I actually felt ready to leave R29 earlier than the date I officially left. I remember hitting 100K Instagram followers in 2017, and, within a week, I was taking meetings with talent agents and managers. I was curious to see how they could support me in ways that R29 may not have been able to. Ultimately, working at R29 part-time in addition to building out my brand presented more opportunities for me to grow professionally, and it made more sense for me financially. Signing with United Talent Agency (UTA) has allowed me greater freedom and the opportunity to grow my personal brand.

What are some key lessons you’ve learned from working in this industry?

One of the greatest lessons I’ve learned in this industry is the value of self-promotion. In the creative field especially, no one is going to see your work unless you put it in front of them. Think of it like this: at end of day, by sharing your work with the world and offering your services, you’re sharing valuable resources with a person or company that ultimately NEEDS your services to grow their own business. However, it’s important to acknowledge that if you’re going to promote yourself, you should make sure you have something tangible that you are promoting. Assemble a portfolio. Build a website. Do the work up front. The barrier to entry in the digital space is pretty low these days.

Another piece of advice I’d give (especially to those working at a young media company) is to try to not look at your colleagues as competitors, but instead, view them as your network. Develop those mutual relationships and encourage people to be happy for everyone else’s success. There is certainly not a limited number of people who can be successful in this industry, so support and uplift others.

Do you have any advice for those who are interested in pursuing the entrepreneurial space, or have hopes to one day build their own brand?

I always encourage those who want to start their own businesses or brands, to do so while they have a full-time job. Stay in that other job until you feel an overwhelming sense of comfort, and have FACTUAL EVIDENCE that leaving your job is either financially better or the same for you. So many people want to follow their passions and do what they love, but if they aren’t making a sustainable income while doing their passion, the thing they love can easily turn into a chore and they can begin to foster resentment. If you can stay in your other job and build up whatever brand or company you are looking to start, it will feel that much better once you leave, already feeling successful, and entering into that new chapter more powerfully.

What are some next steps for you?

I’m currently focusing on my YouTube channel’s growth. I just reached 200K, and hundreds of new subscribers are being pushed to my videos daily. Some of the benefits of YouTube over Instagram is that video content has a longer shelf-life, and my YouTube assets from YEARS and YEARS ago are re-watched every day. Also, more of my sponsors are now seeking YouTube content as opposed to just Instagram integrations.

Over the past year, I’ve also undergone many personal brand changes, and now I’m in the process of building a new website that fits with my new branding. My goal is to become more like a media company than “Lucie” the person, and I want to do this by diversifying my content and curating more content that’s sourced from others. My long-term goal is to be the host of a TV show. I’ve also launched an online stop-motion course, an online Instagram branding course, and I’d love to eventually do motivational speaking tours, write books, sell products, and more. Ultimately, I want to create more touchpoints for my audience to interact with me and the brand as I strive to adopt an overarching brand ethos that stands for positivity and inclusivity.

It’s important to know your worth when it comes to defining power. So many people, especially young women (and particularly BIPOC women), find it challenging to assert themselves as a powerful force if they haven’t had much experience working in a certain field, or if they don’t yet believe in themselves. I’ve learned that, in this industry, a huge part of channeling one’s inner power is having the confidence to take that initial first step and TRY (and be okay with encountering failure along the way). I gave a TEDx talk all about the power of trying new things and taking that initial plunge, even if you’re scared.

The ultimate definition of confidence, for me, is truly knowing and liking yourself. It’s crucial to be comfortable with who you are TO YOUR CORE, especially if you’re interested in pursuing a career that may put you in the spotlight. Negative comments and feedback will always exist, but it’s about building resilience and being able to move on and keep on doing your work. 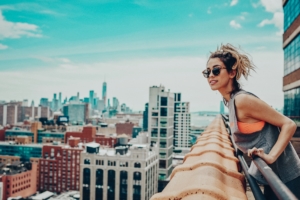