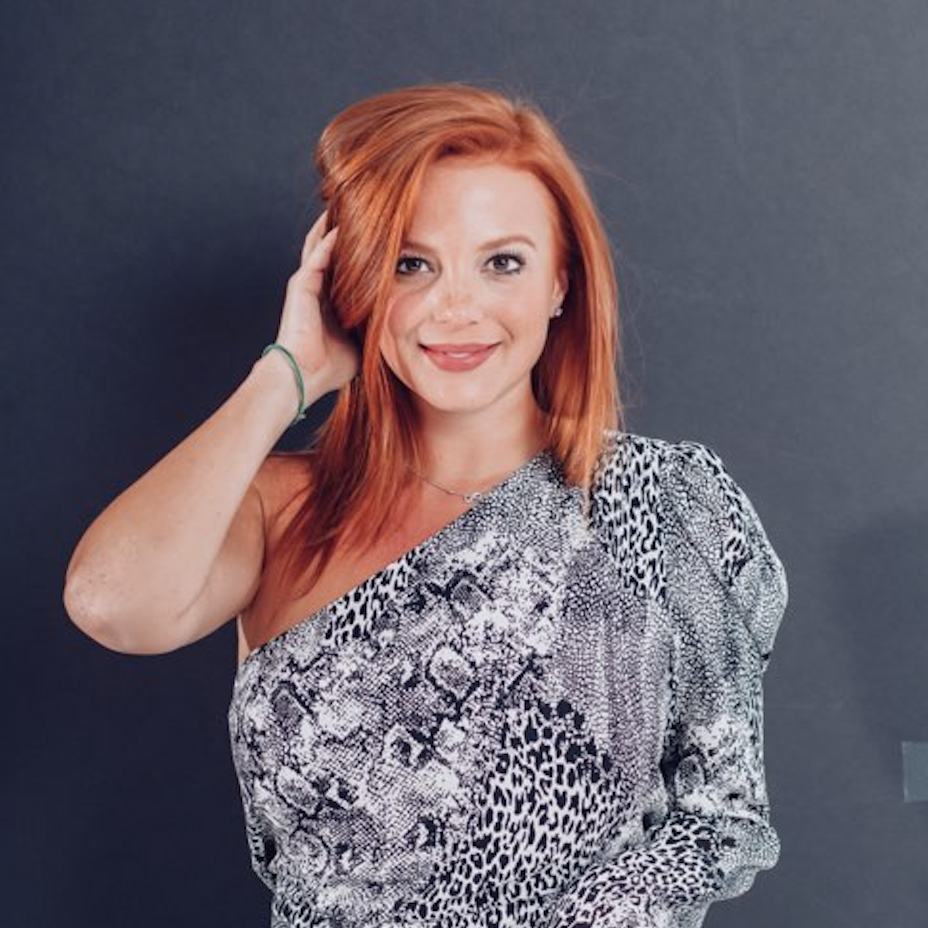 Live From the Red Carpet: An Interview with Ali Stagnitta

From Princeton, New Jersey, Ali Stagnitta is an on-air reporter and news writer at HollywoodLife, where she covers, events, red carpets, and interviews. She has also been featured in HuffPost and INSIDER. In her down time, she loves spending time with her friends by staying active and working out at AARMY. I had the pleasure to talk with Ali about her involvement in the entertainment industry, what she loves most about her job at HollywoodLife, the biggest highlights of her career, the importance of mental health, and what being powerful means to her. 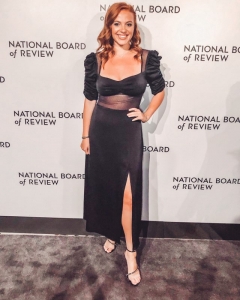 Tell me about yourself.

I am originally from Princeton, New Jersey, and I am twenty-six years old. I went to George Washington University, where I majored in broadcast journalism and public affairs. I graduated in 2016 and moved right to New York City, where I found a job as an assistant to the editor-in-chief of HollywoodLife, Bonnie Fuller. She is a big time editor, and she essentially created the American tabloid as we know it, and it was such an honor to be able to be her assistant; I learned so much. I eventually got asked to go on camera, and I said yes so that’s what I have been doing for the past four years. Now, at HollywoodLife, I am the lead on-air camera reporter. I do most of the events, red carpets, and exclusive interviews!

What inspired you to get involved in the entertainment industry?

I was in fifth grade and American Idol, E-News, Ryan Seacrest, Giuliana Rancic, etc. were really popular. I think I saw Ryan interview someone on the carpet and then run to host American Idol and I thought, I want to do that! I want to be a professional host, interact and help these people tell their story. That was my childhood dream, and I really stuck to it as I got older.

What do you love most about being an on-air reporter and news writer at HollywoodLife?

I love that HollywoodLife was one of the first and foremost leading digital platforms for entertainment news. Bonnie started this right when things were going digital, and she was so far ahead of the game. Being able to be a part of an organization that started digitally and knew the direction they were going has been really incredible for me because I just jumped right in. I also really love that I am on a small video team with two other people where we all can pitch in our ideas, big and small, and they really allow me to have a big say in what I’m doing. They let me develop my own voice at HollywoodLife, and it has been such an incredible growth on our channel because we have created our own voice and conversations with our audience. 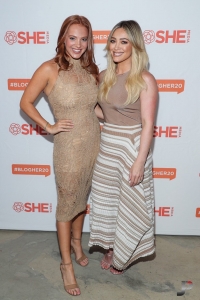 What are some of your biggest highlights of your career so far?

There are a few that really stand out! My first Emmy’s was really incredible. It was a huge pinch me moment being in that room with everybody and going to the after party. It was an experience that I will never forget. The ACM Awards last spring in Las Vegas was also incredible. It was my first time visiting Vegas, and I am a big country music fan. It was amazing to be in that community and my best friend flew in; we went together and danced all night. It was a huge highlight.

What has your journey been like to get to where you are today?

When I met Giuliana Rancic, I asked her for advice and she said, “Say yes to everything no matter what. It doesn’t matter how tired you are because if you don’t go, someone else will and you’re going to miss that opportunity.” I spent the first four years of my career and in college not saying no to anything. I think that was really great advice, especially starting out when you feel like you’re getting burned out. I really stuck to that advice, and I would dedicate 24 hours a day to my job and what I wanted to do, and it really paid off.

What advice would you give to people that want to pursue a career in the entertainment industry?

The entertainment industry is a hustle everyday. It’s nonstop. You sacrifice a lot, and you have to be willing to if you want it. There is a limited amount of spots and you have to fight for it. It is about your personality, your fight, work ethic, and people skills – that’s what makes a great entertainment reporter. Being able to communicate, connect, and tell somebody’s story. We’re the middle piece between these people and the public.

What are your favorite self care tips? What do you do during this time to maintain great mental health?

I love working out, but I used to dislike it. My parents are both coaches so working out felt like a chore rather than something that I enjoyed. Then I discovered SoulCycle several years ago, and I really enjoyed it. Most recently, in the last year, my friend Sophia Goldstein who was a SoulCycle instructor left and helped launch a fitness studio in NYC called AARMY. Before quarantine, I was in the best shape and best mental health place of my life. I was working out two to three times a day in a fun community, and it was a great way to spend time with my friends. I really hit a wall during quarantine and wasn’t sure what to do. I started doing AARMY’s IG Live workouts and that was really helpful to me, just staying on course, finding structure in my day, and it helped me mentally. Now, they’ve launched an app, that has new bootcamps and cycle practices daily that I’m just obsessed with.

What empowers you as a woman?

My fellow women and women that are unapologetic! Whether it’s doing a Zoom dance class with my friends or George Clark (an Instagram influencer I love!), Beyonce being Beyonce everyday, Kamala Harris, there are so many things that I see in my daily life that empowers me as a woman. 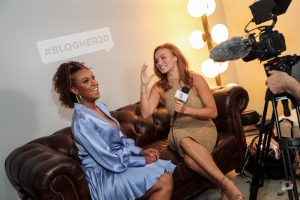