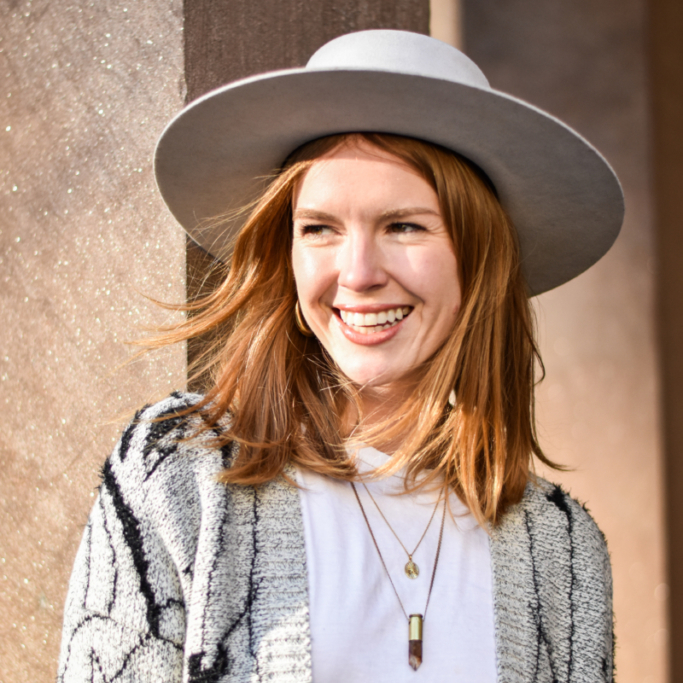 Lauren Wood, former model turned marketing manager and environmental advocate, grew up on a farm in British Columbia, Canada. She currently lives in Brooklyn, New York and works at Compass, a modern real estate firm. In her free time, Lauren co-founded LitterRally, a trash-pick dance party experience. Even with the state of our current climate, Lauren is driven to inspire an optimistic view of our future through community engagement, education, and action. 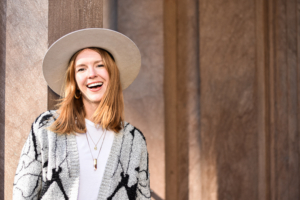 Where did you grow up? How did growing up in Canada influence your perspective on life/the environment?

I grew up on a farm an hour outside of Vancouver, Canada. My parents were always fairly alternative in the sense that we were living close to off the grid. We lived on a piece of property with four other couples who were close friends of my parents.

My parents never had traditional careers, and that really influenced me. I liked that they were creating their own life. It taught me that there wasn’t a cookie-cutter path for what your life or career should look like. But, it also lit a fire under my butt to create a purposeful career for myself.

As soon as I could leave home, I left to explore. The first stop was Italy for a year and I eventually made it to Toronto for university.

What were you doing while you lived in Italy?

While I was in Italy, I was a full-time model. It was my escape route out of the small town life I grew up in. I left Canada planning only to go for the summer, but I ended up loving it and stayed for a year instead. Working and living independently gave me the space and time to decide how I wanted my future to unfold, and I ultimately decided that I wanted to pursue an education, rather than dedicate myself to fashion fully. Taking time off gave me the confidence to commit to university without any regrets.

My college was strange because it wasn’t your typical college experience at all. While I was in school, I didn’t know what a sorority was and mostly hung out with my friends in the fashion industry.

I did two student exchanges (Seoul and Hong Kong) and also took three semesters off during my college years to live abroad. One semester I worked for a tech company in Shanghai. Another, I worked for a tech startup in Silicon Valley. The third semester, I went back to Shanghai to work at an environmental non-profit. I wanted to keep traveling while going to school so studying and working abroad allowed me to stick to that vision. Further, gaining job experience while still in school taught me how businesses actually work – something I couldn’t have learned in a classroom.

How did you end up in New York?

I didn’t plan to live in New York. It just kind of happened.

After I graduated, I worked in Toronto for a year and then I was planning on moving to Los Angeles for warmer weather and to be back on the West Coast. On my way to LA, I stopped in New York to visit a friend and realized that there was no better time than now to live in NY and build my career in marketing (what I majored in).  So I stayed and got a freelance job at McCann New York, a large ad agency, and then found my full-time role at Compass, where I work currently. I still haven’t made it to Los Angeles.

You grew up on a farm in Canada and now you live in one of the craziest cities in the world. How has your relationship to the land you inhabit shifted?

In a sense, both landscapes feel like home to me – a bustling city and natural landscape. I love cities. I love craziness. But, I am glad that I grew up in a natural place. In this city, it is so hard to remember that we are a part of a great natural ecosystem. When I go home, I am reminded of our place in the environment.  My roots have enabled me to put a lot of emphasis on environmental work in my career.

A city like New York is a place where big ideas happen and are realized and, while I really crave to live in a more natural place, living in New York is the best thing I can do right now as there is the biggest opportunity to make change. In New York, we have some of the world’s brightest minds working to solve big problems as well as access to finances that help to put great ideas into action.

When I go back to British Columbia, I see people living in harmony with the environment, putting love and energy into the earth and receiving nourishment and a home in return. But, they are not directly exposed to what is happening in the rest of the world, and I feel like that exposure can be really important in driving action and urgency around solving our environmental issues.

How has your environmentalism informed your career?

I started working on environmental projects while I was living in Shanghai. The treatment of the environment and atmosphere was so horrible there, especially in the early 2010s. But in the midst of a huge economic boom, the Chinese weren’t inclined or interested to change their practices.

I began researching to understand and explore different ways of making a change while I was living there. A central question that has informed my environmental approach is: going up against convenience and cost – two of the greatest barriers to sustainable living today – how do we engage people such that they are driven to change their habits and develop greater solutions?

Shortly after living in China, a dear friend of mine, Rob Stewart, who was a filmmaker and environmentalist, passed away in a diving accident. He was someone who did everything in his power to save the planet and, after he passed away, I knew more than ever that my calling was to do the same. So in his honor, I initiated a project to paint seven murals around the world, highlighting his work for the sharks and the oceans. As I learned more about the oceans during that project, I came to realize the massive problem with plastic we are faced with. This led me to start hosting trash pick-ups in Bushwick, where I live, to increase awareness in my community.

At one of these trash pick-ups, a DJ friend and another friend who is an environmental strategist and expert on trash joined. The three of us ended up collaborating that day to create an experience that was not only action-oriented by picking up trash, but also fun, positive, and thought provoking. That was how LitterRally was born!

LitterRally is a trash pickup dance party experience that aims to inspire cultural mindset shifts through education, community building, and fun. We recently became registered as a non-profit and have plans to expand the organization globally.

What has been the greatest challenge of your career, and how have you overcome it? 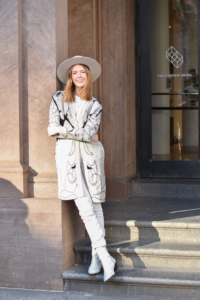 When I moved to New York, I quit modeling after ten years. I started modeling when I was fifteen; it was what I knew how to do. I had an education and career in marketing but it was always second in priority to modeling. When I fully quit fashion and dove into my career, imposter syndrome came down on me hard. I thought they made a mistake by hiring me at Compass, that I didn’t have the experience, knowledge, or know-how to work at a place like this. I didn’t trust myself and the insecurities were crippling. This went on for the first two years I worked there.

I knew that something had to change so I started on a personal development journey to dive into the reasons behind my fear at work. Through various programs, I was able to figure out the root cause of the beliefs I was holding and shift my mindset. After that period, I came out with a new-found confidence and trust in myself and I ended up getting two promotions within a year.

I have also found a great deal of power in my community.  The people I have surrounded myself with really helped me to move out of that funk that I was in. I have an amazing group of friends and with their consistent support, I thrive in my power.