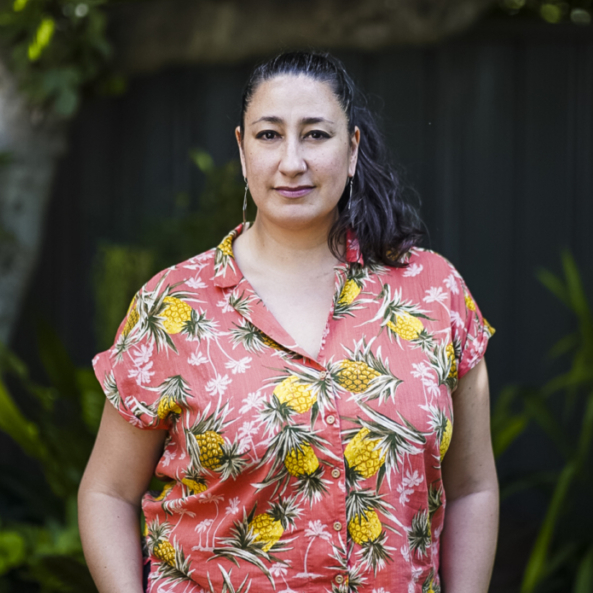 Kisha Bari on Photography and Activism

Kisha is a New York based photographer and her work focuses on social advocacy. Born in Australia, Kisha moved to New York to shift from commercial photography to photojournalism, focusing on documenting important social justice movements and marginalized communities.  She has photographed an array of subjects from the Women’s March and America’s union workers to world renowned rockstars and sex workers. Her passion for storytelling and fostering change is evident in her provoking and inspiring photographs.⁠ 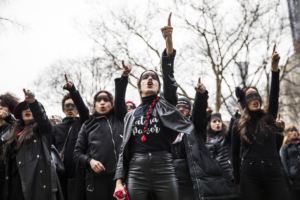 Where are you from? When did you get started with photography?

I was born in  Australia, but I am half Fijian and half Italian. I have had a camera in my hand since I was fifteen.  While growing up, I was also very involved in the ballet world. After graduating high school, I went to a commercial photography school in Australia.

I come from a very artistic family. My mum has a ballet school and my dad is a graphic designer. You could say that the urge to be creative is in my blood. As a kid, my dad had a broken Canon camera, and I would have photoshoots with my little sister with it. That is one of my earliest memories with photography.

In high school, I became even further fascinated by photography. I would spend my lunch breaks in the dark room. Around the same time, much to my mother’s disgust, I got into skateboarding. I began to take pictures of that community and skate culture. It was the beginning of the end.

What was your first camera?

The quintessential student camera – Pentax K-1000. It was my uncle’s Pentax. He loaned it to me when I was fifteen and I never gave it back. I guess I kind of stole it from him!

What brought you to New York?

I fell out of love with photography for a while. I had been doing a lot of commercial work and I began to hate the industry – I was miserable. It is really hard to break into the industry and find opportunities. So, I left Australia and went traveling for ten months, along the way I fell in love with New York City. .

The excitement and vast opportunities was the main thing that made me move to New York in 2010. I found friends, family, and a community that were really supportive of my work. I didn’t feel like I had that in Australia.

In New York, I found people who wanted to push me,  who valued my work and opened up a world of opportunities. Particularly the Photoville Festival in Brooklyn which, over the years, has featured my work on three separate occasions. Also, the pace in New York is much more my speed.

You are currently exhibiting at the National Civil Rights Museum in Tennessee. Could you tell me a bit about that?

I worked closely with Paola Mendoza, an incredible immigrant activist, filmmaker, and author. We both feel passionately about supporting the immigrant community. Paola had an idea to replicate the ‘I am a Man’ photograph by Ernest Withers of the sanitation workers strike in Memphis Tennessee on the day before Dr. Martin Luther King was killed. The ‘I Am A Man’ photographs are iconic, representing black men who needed to show that they were human beings. 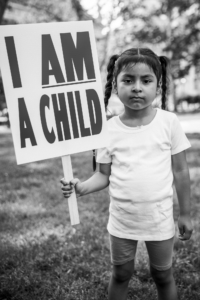 with local children holding ‘I Am A Child’ placards and black men holding ‘I Am A Man’ placards.  We staged the photoshoot right on the balcony of the Lorraine Motel. It was such an honor to be asked to take photos for that museum in that location. It was a really humbling experience.

Can you tell me more about your work with the Women’s March?

I have always been inspired by the photographs of Martin Luther King and other civil rights movements. I wanted to capture the organizers in the movement because I knew it was going to be a turning point in our society. So, I reached out to them, asking if I could document behind the scenes.

They invited me to meet the team before the first march at their headquarters in New York City. That morning, I awoke to Harry Belafonte on the radio singing ‘Day O’.

Later that day,  I was in Mr Belafonte’s office capturing these powerful women in action.  At that moment, I knew it was meant to be.

I documented the Women’s March in 2017 and have been documenting numerous actions and events by the organization for the last four years including the most recent March in Washington D.C.

What advice would you give to a young person getting started in the photography industry?

It doesn’t matter what camera you have, you just need to find those moments to capture. Keep shooting. If I don’t shoot for a while, I feel empty and I feel rusty.

What are you currently working on?

I am working on being a new working mother. I found myself last week in the halls of congress running with two cameras on my hips, nursing my 6 month old child, while simultaneously editing images on my phone. Not ideal. I will not be doing that again.

Being a new mother and balancing this work is incredibly difficult. I have to work during nap time. I have had to take him on some shoots, but I don’t want to continue to do that. It is not fair to him, and I am not focussed on the work that needs to be done.

I couldn’t continue working without the support of my husband, my mother-in-law, who came to DC from Albany to look after my son, Elio, and the abundance of amazing activist women and other photo mamas that offer support and guidance.

I am also working on the Winston-Salem Portrait Project. with my friend Jasmin Chang. We won a public art commission in Winston-Salem, NC. and started this project about a year ago. We have gathered about 100 people across the city from all walks of life, who are leaders in their communities and bring them together through a portrait workshop and build permanent public art.

It’s been one of my most rewarding projects ever. Community engagement on multiple levels. I have taken portraits of these new relationships in Winston-Salem, and these portraits will be built into a steel sculpture and eight murals installed across the city.

I am still doing a lot of things for non-profits and supporting activism across the city. Trying to keep it local now. I was traveling a lot before the baby.

Since I am travelling less, I have been focusing on working with local campaigns. I just photographed Tahanie Aboushi who has just announced her run for Manhattan District Attorney. I’ve also been working with Jessica Gonzales-Rojas in her run for NY State Assembly in District 34 as part of her host committee, as well as taking a few photos here and there for her locally.

And I’ve just finished a series of portraits of sex workers for the Sex Workers’ Pop Up Exhibit happening in New York between March 10-16.

What changes do you hope to see in the world by the time your son is an adult?

I mean… everything. It is hard bringing in a new person in this world. When I was pregnant, I apologized to him constantly. I still apologize daily.

I do have hopes that raising a son in this climate and raising a person with a good moral compass will help. I have a lot of faith in the youth. There needs to be an incredible shake up with those in power. We need to have better representation; I think that will change a lot of the major decisions about climate, imigration, gun legislation, women’s rights, about how we treat other people. In general, I really need to have faith in the young people – and believe that they are seeing what is going on. That the world is unjust and they have the power to take action.

What does being powerful mean to you? When do you feel powerful? 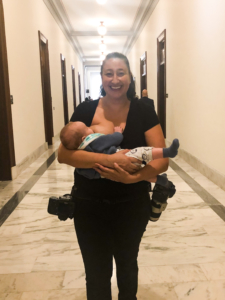 Being powerful means being centered in myself. Power comes from knowing yourself and knowing how to hold yourself. The power to follow my heart is really huge – it must come from within. No one else can give you that power.

How has the pandemic altered your life and career?

We flew back from Australia on March 15 right into the middle of the epicenter of the epicenter in Jackson Heights, Queens. Unfortunately, our neighborhood’s infrastructure isn’t set up to handle everyone home all the time. Two of my local supermarkets closed and the lines for them are long and more than once I waited to find no fresh produce left. There is only one small park that is packed with people on a nice day and joggers on the sidewalks without masks are everywhere. After 3 weeks of anxiety and high stress in trying to get groceries, we decided to head to Albany to ride this thing out. We are so privileged and fortunate that my in-laws have an empty condo. There was no furniture, so the first couple of weeks were pretty uncomfortable, but slowly we’re getting set up and creating a little home and we can have a little outdoor space that is safe for the babe.

I have obviously had two exhibitions close (The Sex Workers Pop-Up and one at Fotografiska), so I haven’t been able to even see the work on the walls and needless to say, I don’t have any upcoming assignments which is difficult both financially and also for my mental well-being. Something that has been a wonderful life-line over the last few weeks has been the @wpthejournal project. It is a collaborative project of around 400 womxn photographers from all over the world documenting their own lives during this pandemic. It’s been so inspiring to meet and work with these incredible women and find solidarity in being a mother, photographer and finding your creative self in these times.

Cultivating my most powerful self of late has been awfully difficult. The last eight weeks have been a whirlwind of flying half way across the world with an infant twice, baby jet lag and starting solid foods, transitioning through three different places and uprooting our entire life to a strange and indefinite home all in the midst of an overwhelming anxiety. I have certainly fallen apart more than once in the last 3 weeks in particular. But I’ve started to realise that finding a rhythm and shifting my creative focus inwards can be really rewarding. A lot of us photographers are starting to experiment and reinvent our work. I brought my Polaroid SX-70 with me and have started to capture more video and look for quiet moments that speak on a more intimate and emotional level. Now that I’m feeling a little more settled, I’m looking forward to finding power in being inspired by my family and the small things around me that I often overlook. 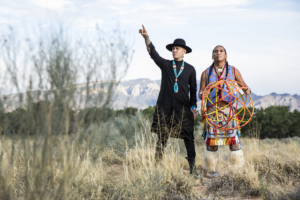 Stay in touch with Kisha!