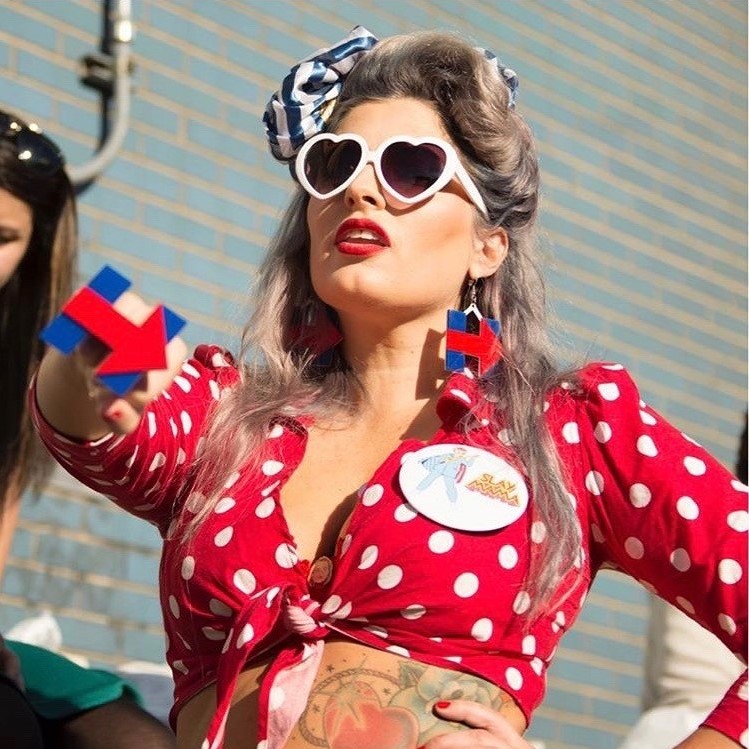 Kindra Meyer on The Power of Knowledge

Kindra Meyer is a woman of many hats, or should I say wigs? A quick scroll through her IG reveals her ever-changing hair that makes you wish you were a person who could pull off daring colors, which I am not. However, her hair barely scratches the surface of the brilliant and interesting things about her.

Kindra is an Executive Creative Director/Experiential Strategist/Social Media Influencer/Founder of She Stacks (a company which financially empowers women by creating an ecosystem of content, experiences and products that make wealth-building simple, sexy, and social.) See, I warned you, many hats. We got to sit down with Kindra and talk everything from growing up in a log cabin to feminism and financial structures. She is a breath of intellectual fresh air and left me with one notion, you can be whoever and whatever you want. 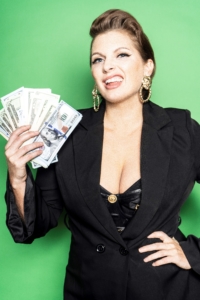 Kindra, your story is so unique and multifaceted. Give me a quick breakdown of how you were raised.

I was born in the woods of north Idaho in a one-room log cabin with no running water or electricity, spending my days picking wild strawberries with imaginary friends and watching home births in teepees. When I was 4 my parents split, and I ended up with my mother in Halfway, Oregon, later renamed Half.com, Oregon, no joke. It was a town of 350 people so it was incredibly isolated for someone who felt, well… different.

In the days before the internet or any “it gets better” community, I felt incredibly stifled both culturally and scholastically. I eventually convinced my mom to let me move to Moscow, Idaho, a small college town where my dad lived where at least there was a bit more diversity. There I finished up high school and went on to college at University of Idaho. I studied advertising, but I was never passionate about it. I just knew it was a way out of my small town upbringing and a catalyst to get me to the city where there would be other weirdos for me to connect to. Goddess bless my hippie parents, but I’m a city girl at heart.

I know you knocked down the door of Ad Agency Wexley School For Girls. Tell me about that.

When I first moved to Seattle, it was smack dab during 9/11, and no one was hiring in my industry. I took a horrible marketing job with disgusting levels of misogyny (shudder). But a few years later and many night portfolio school sessions, I stumbled upon Wexley School for Girls, and I became passionate about the industry for the first time. I was obsessed with their approach of not making ads, but media-agnostic creative problem solving. I swiftly devised a campaign involving dramatic forged letters from my mother and real jars of her delicious jam until they hired me as a junior copywriter, and my experiential career began. (Thanks Mom.)

So how did you end up in New York?

Over 10 years in Seattle, I exhausted myself. I owned and operated a lounge/art gallery (McLeod Residence). I worked full time. I performed and had my own production company, throwing massive fundraisers. I needed inspiration… I wanted a challenge… and New York gave me that. I was completely fascinated and terrified. I got a job at Momentum as a Creative Director by day, and at night became a mainstay of the club kid scene, performing all over the world with my drag duo Daughters of Devotion. This time of my life was a dream and allowed me express my visual creativity on a level I never imagined, alongside legends like Amanda Lepore, Susanne Bartsch, and Kenny Kenny.

What made you move into the financial sphere and take on this new passion project?

When Hillary Clinton lost, I experienced the devastation many women I know endured. I had fought hard for a year, been active in her campaign fundraising and fighting so hard against a Trump presidency. I, like many women, had an overwhelming feeling of rage, and “what do we do?” Out of that turmoil, I had an epiphany. This was all about money. Because until women become financially literate and confident in growing their wealth, we’ll never be able to truly hold the power. This fueled me to write and post a personal manifesto called, “Get, Grow, Give,” which got an overwhelming response. This shifted my entire perspective. I was going to build a company that financially empowered women. I had a focus, and a mission. And over the last two years, my partners, Farnoosh and Patience, and I created She Stacks LLC.

How do you feel you can best help with this new company, “She Stacks,” and your first pop up STACKS HOUSE?

Money is emotional, complicated, and overwhelming for most of us. Women are culturally not taught to save, to grow their wealth, to even talk about money other than shopping. There is a major confidence gap, and we want to change all that. We’re here to make learning about money SIMPLE, SEXY, and SOCIAL. Our launch in April was a pop up with a purpose called STACKS HOUSE, which builds community, educates, and is, of course, ridiculously fun.

After we tour the country with our pop up and get to know women and what they need, we’ll deploy our next products and services, which will empower women to grow their wealth. For their financial wellness and for their freedom.

You put yourself out there for an area that scared you. What have you gained from building this company? 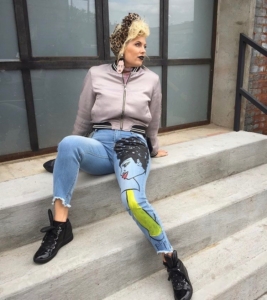 Building this company has allowed me to stay out of the everyday terrors of the news cycle, because I know I’m building something that will eventually make a big impact. When women are confident around wealth, the world improves, and it lifts everyone up. I just am doubling down everyday, becoming more and more committed. Women are going to own 3/4 of the wealth in the country in the next 10 years. They need to be educated on how to handle that. I think it’s very exciting to help prepare them and to think about that ripple effect.