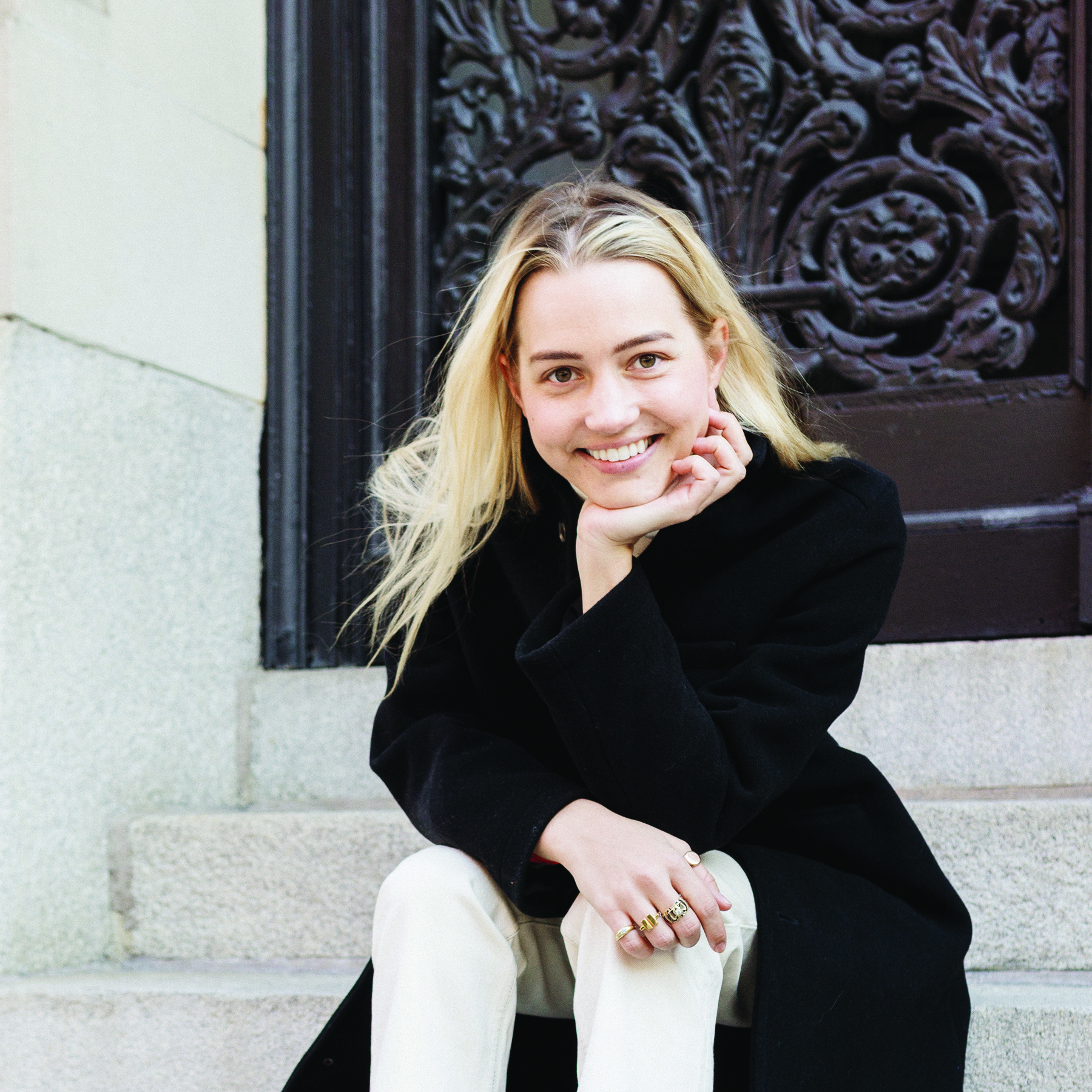 Kiki of Downtown Fox on The Power of Travel

Kiki is a travel blogger and the founder of @downtownfox. We met with her at Happy Bones NY in Soho. She discussed the challenges and benefits of being a freelancer and the power of travel. 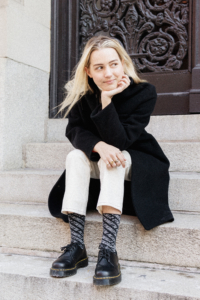 Kiki, where did you grow up and what brought you to New York City?

I grew up just outside Detroit. I always knew I wanted to live in New York and couldn’t wait to finish college and finally move there. I didn’t have the greatest experience at college, so I piled up my class schedule to graduate early. I ended up moving to France to take graduate classes and become fluent in French, and after my time there, I finally moved to the city, where I had already accepted a job in finance after interning there the summer prior.

Tell us about what you did living in Paris!

This sounds almost sacrilegious to admit, but I hated Paris at first. I moved there without knowing a soul, found the culture shock much more jarring than anticipated, and, to top it off, lived in a pretty seedy neighborhood. But I figured out my way around, made friends, and began to love the place (it’s Paris, after all!). I’m particularly grateful for my experience there because it allowed me to realize that if I took a typically “soul-crushing” job in a field like finance, I’d never have the ability to do something like this again, or for at least a long time. I had gotten a taste of what it was like to experience another culture, and I wanted more. I also sought the ability to be able to express myself creatively in my career, and if I didn’t try to get on that path now, I’d be filled with regret for the rest of my life.

While I was in France, I started an instagram account to document my travels and serve as a visual diary – it was something personal that was really just for me. Well if I’m really being honest… its main purpose was to spare my friends from a barrage of photos of croissants every other day. I didn’t tell anyone about it, and I certainly never expected it to grow the way it did. After a little while, I noticed that strangers had started following the account. It steadily began to grow, and, at a certain point, it had attracted enough of a following that I realized I could do something with it, so I started to learn about instagram growth techniques to take it to the next level. And that’s how Downtown Fox was (accidentally) born!

How long did you work in finance? 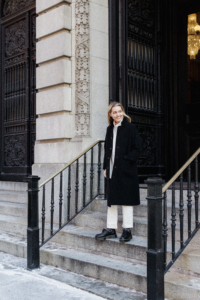 Not long. On my very first day, I was put in an orientation group with people from every branch of the company: from finance, to tech, to media. We were told to introduce ourselves to the people sitting next to us. The woman next to me introduced herself as the head of the company’s luxury travel magazine. She quickly followed up the introduction by telling me that she needed an assistant. I expressed interest in the position, one thing led to another, and she offered me the job within days. I was beyond excited to already be moving in a more creative direction and  into a role that would allow me not only to write, but to write about travel! But, unfortunately, the company wouldn’t allow me to take the job, citing the fact that I was contracted to remain in finance for two years before moving into a different role. So… I quit. The woman who had hired me had an extensive career in media, and she helped me find freelance work.

What kinds of writing jobs have you worked on?

What’s the largest challenge you have faced?

In general, people are pretty frightened by the unknown. I’m no different. When I left a fairly cushy and steady job for a career in writing, I didn’t know what was going to happen. How was I going to pay the rent? I had thrown myself into a world of discomfort. I start a new job writing for a startup that ended up shutting down a couple months later. There’s nothing steady about freelancing – you always have to be on your toes, and you always have to be on the lookout for the next gig, even when you have something that seems steady. But the challenge is worth it because it gives me control over my time, which is hugely important to me, because my ultimate goal is comedy, so I need a flexible schedule. I may not have a comfortable life at the moment, but I have confidence that with enough perseverance, I’ll achieve it.

You make travel guides right? What’s unique about them?

Yes, I’ve been developing a set of travel guides for Downtown Fox. At the moment, they cover Los Angeles, New York, Paris, and London. I’m fortunate enough to get go to these cities regularly to update them. The market is pretty saturated with bloggers and guides, so I know that I have to differentiate them from what already exists.

Basically, I’ve gone to these places, and I’ve made the mistakes for you. I’ve been to the dingy restaurant serving the best bao in Paris’ Chinatown. I’ve found oddball boutiques on the anterior streets of London. I’ve learned which pricey LA restaurants that top every guidebook are worth it and which are overrated. I’m the go-to person among my friends (and friends of friends) for recommendations for the cities I frequent, and even cities I’ve never even visited. I have all of this information compiled for myself and for my friends, so why not share it with everyone else?  Reading one of these guides should feel like getting a list of of recommendations from a friend who’s already been there.

Traveling and making guides sounds like the best job. What isn’t as fun about it?

It can be really frustrating. I’ve tried to make Downtown Fox what I want it to be, but I struggle with balancing that with what I feel it *needs* to be in order to succeed. There’s a formula. It’s feed full of flowy dresses, cocktails against a sunset, and tan legs on the beaches of Bali… Basically, it’s about being pretty, rich, skinny, and in a beautiful location. A bikini doesn’t hurt either. I have zero interest in posting that sort of content, and it’s really frustrating to have to compete with that. There’s nothing genuine about accounts like this, but they are so incredibly successful. I of course seek that kind of success, but I also want to provide something that’s real, which, in this age of social media, might be a lost cause. A large percentage of the followers of Downtown Fox follow it for the captions more than the photos. I try to keep things grounded with silly captions. Even if I don’t feel like the photo is reflective of me (…and if it’s literally a photo of me!), I can at least retain my voice with a funny caption.

I take long breaks from posting on Downtown Fox because, for someone who makes a living off social media, I really… dislike social media. I don’t like sharing things about myself, never have, and I don’t like feeling the need to consistently do it. So, if I’m going through a rough period personally, or if I just straight up don’t feel like sharing my life online, I’ll just stop posting. I won’t lie my way through the pain and pretend everything is peachy. It’s less about lying to followers, it’s more about lying to myself. I just won’t do it. I’d rather take the break and suffer the potential consequences of losing followers. It’s not worth it to risk my own sanity. 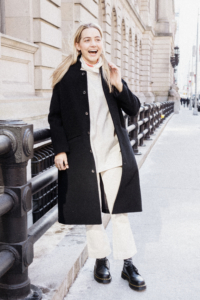 I’ve been working on a new vision for Downtown Fox inspired by accounts completely unrelated to travel that I love, many of which have an editorial look, in lieu of attempting to replicate other travel bloggers, which is what I’ve done in the past. I’m just going to do what I want to do with it… what I think looks good, what I think is fun, instead of what I think people will like. That’s why I started the account in the first place, for me! It sounds selfish, but isn’t all social media? In a way, I’m taking Downtown Fox back to its roots – I’m making it an account full of things I like, and all I can do is hope that other people like those things too. And if not, it isn’t the end of the world!

I think power, paradoxically, lies in vulnerability. Power is putting yourself in a position where you could experience the most epic of failures. My most memorable successes have come when I’ve allowed myself to be the most vulnerable. So have my most fatal failures. In both my career and personal life. But if you never take the risk, you’ll never expose yourself to that chance for true success and happiness. And it’s devastating when you fail. But if you can at least take one small thing away from that experience, then it was worth it. When you can get up and dust yourself off after a failure, embrace it rather than blocking it out, and try again, that’s real power.