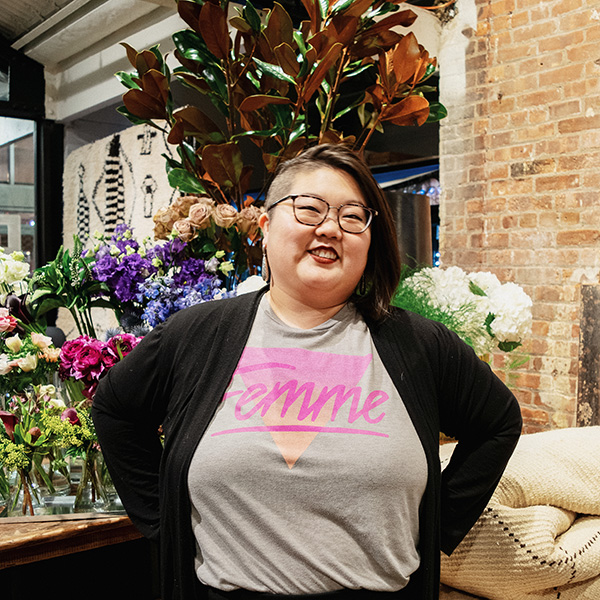 KaeLyn on Activism, Organizing and Publishing

KaeLyn Rich is a queer feminist, a direct action organizer, a nonprofit leader, a writer, and a sexuality educator. She and I sat down to talk about her growing up as an adoptee immigrant from South Korea, how she came to embrace her different identities, and how she got into organizing. She is working as the Assistant Advocacy Director for Chapters of the New York Civil Liberties Union (NYCLU), the New York affiliate of the ACLU, and on the side, she writes for autostraddle.com and recently published a book called Girls Resist. 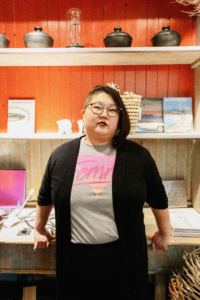 Could you start by telling me about your background and how growing up as a Korean adoptee shaped who you are today?

I was born in South Korea, but I have lived in the United States for most of my life. My parents raised me in a little town that had one stop light in rural New York. I was probably the only Korean kid around until my parents adopted my sister, and then we were the only two Korean kids. That shaped a lot of my work now, in ways that I didn’t unpack until I was much older. Even after college, I hadn’t thought a lot about how growing up isolated from other people like me had affected me, in ways both positive and challenging. For example, it helped me from a very early age to embrace difference and self-identify. I think Asian Americans and Asian immigrants, in general, are always walking between two worlds if they are raised in the US. There wasn’t anyone around me who I could identify with, so I had to create my own identity from scratch and from a young age. At the same time, it helped me build empathy for those who are marginalized and made me want to help other people.

Can you elaborate on how you came to understand your identity?

It took me a long while to figure out my place in the world, and I came to so many other identities first, as a feminist, an activist, a social justice person, a writer, before I fully embraced my identity as Korean. Quite frankly, it wasn’t until my mid-20s when I really confronted what being Korean meant to me and how it shaped every part of my life, in ways I hadn’t yet seen. Because I didn’t have that Korean community or background, I didn’t recognize my story as Korean, which is funny because there are hundreds and thousands of Korean adoptees in my generation. And after talking to other Asian people and just people of color later on in my life, I realized that being an adoptee is actually very similar to the experience of a lot Asian Americans, in terms of being in this liminal space, straddling both worlds and having a fraught/complex relationship to white dominant culture.

How did you land at your current job as an Assistant Advocacy Director for Chapters of the New York Civil Liberties Union (NYCLU)?

In college, I studied creative writing and feminism, and I found my way to student activism. This was around the time when the most recent “War on Terror” began, and that time and space really radicalized my mind and politics. I got involved with the Women’s Center on campus, and I was a co-director for several years. Eventually, I also got into the Women, Gender, and Sexuality Studies program. My parents were worried about me getting a job after college, but I wouldn’t change it for anything. College is too expensive to waste it on something you don’t want to do, and college is also the best time to do whatever you want to do. Never again in your life after college will you have the dedicated time to simply pursue the things you care about.

I do have a master’s degree, during which I studied feminist intersectionality in the nonprofit sector, because I was interested in nonprofit management. I tried out many different things after graduation, including considering a MFA program or a social work program, but then realized what I wanted to do was working on the bigger picture and changing the systems that are holding people down. Before getting my master’s, I ended up working at a women’s shelter full-time, and a Planned Parenthood affiliate part-time, and that gave me the opportunity to experience both direct services and public policy. It made me realize that my skills are best used in changing the system, whether through activism, my personal life, or in my career. Later I got a similar role at the NYCLU, where I’ve worked for eight years now. 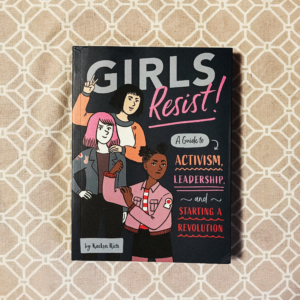 Any advice on getting a job in the field that you are in?

I don’t think there is one path to any field, especially for organizing. A lot of people have all sorts of degrees, everything from chemistry to philosophy. Becau

se it is rooted in community-based organizing and building power on the grassroots level. You really can have studied anything and be an amazing organizer. Some of the best organizers I know didn’t even complete high school, and they are super smart and strategic, because it is more about your emotional intelligence and building connections with other people.

You wrote a wonderful book recently called Girls Resist!: A Guide to Activist, Leadership, and Starting a Revolution. Where did you get the inspiration for it?

In my planner for 2016, way before the election, I put down my life goal: write a book. I have been writing for this website called autostraddle.com, the largest independent website for queer women and non-binary people. At the same time my publisher, Quirk Books, had an idea for a teen activism workbook, and we didn’t know each other at the time. Then the election of November 2016 happened, and many people, myself included, woke up that day and felt like they had to do something to fight back. My publisher reached out to me after reading my column on autostraddle, and we started working on the book.

Young people today have the information and the passion to make change, but they don’t necessarily have the toolkit to do that. Therefore, mapping out the chapters of the book was deciding what is really important, like understanding systemic oppression, intersectionality, theories, and self-care. The bulk of the book is about practical things like how to write a campaign plan, step-by-step guide to do fundraising, how to talk to the media, and so on.

In college, there is a structured safe space for activism, but it is very difficult to continue that after graduation. Do you have any tips on keeping social action in our lives after school?

One way to do it is to just stay informed on what is happening and join different groups and be on their email lists. Even a small donation could make a big difference. Going to marches is a great way to meet like-minded people. Furthermore, you could also be making conscious decisions in consumption and, of course, voting is another important part of making our voices heard. Right now, between a full-time job and a two-year-old toddler, I don’t have the time or energy to do the type of organizing that I was doing before. That said, I can still follow on social media and amplify other people’s voices using my own platform.

I derive my power from my relationships with other people. I feel best about myself when I am empowering other people to take the next step in their lives or to be the best version of themselves. I can amplify the voice of someone who might not have the access to the same platforms as me. Even though I am Korean and queer and have all these marginalized identities that do make me feel powerless sometimes, I also have a lot of systemic privilege, like having financial security.

Self-care is something that is complicated for activists, because sometimes we get energy from the same things that are burning us out. I really love the idea of community-care: not thinking of self-care as self-serving but caring for one another as a community. I am better at self-care when I include other people in it. For example, instead of taking a bubble bath, which is just not something I do, I get coffee with a friend! 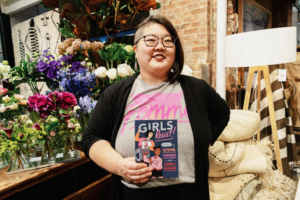 You will find a lot of inspirational quotes in my book, and that is because I tend to go to other writings and speeches for inspirations. One of my favorite writers is Audre Lorde. I have read a lot of her poetry and essays, and I fell in love with this quote from her essay “The Transformation of Silence Into Language and Action”:

“When I dare to be powerful, to use my strength in the service of my vision, then it becomes less and less important whether I am afraid.” – Audre Lorde

Check out KaeLyn’s book here and learn more about her on her website.