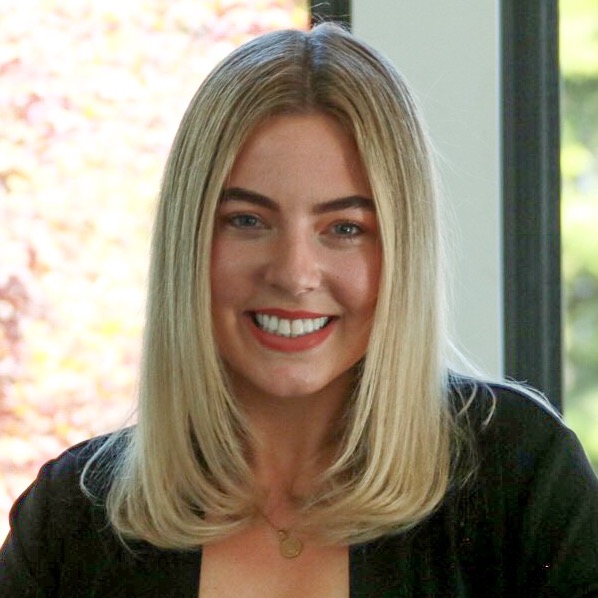 We spoke with Kaeli Bauman, former flight attendant and now co-founder of FLIGHTFŪD, a healthy travel drink mix for those who are constantly on-the-go, about what it means to be powerful, and the challenging yet exciting aspects of embracing an entrepreneurial spirit. 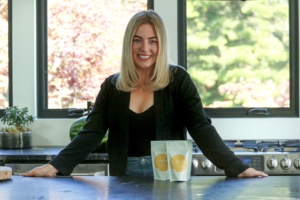 Where are you from? How did your background influence your entrepreneurial spirit?

I am from a small town in Canada that is seven hours east of Vancouver, BC. Growing up, I always had an entrepreneurial spirit, and I started a bunch of weird little businesses during that time.  For example, when I was seven, I set up my own snow-cone stand during recess (inspired by a recent family trip to Hawaii). I also had various entrepreneurial pursuits in high school; for example, I sourced knock-off designer purses, and created a catalog of bags that I could sell to kids at my school, receiving orders from girls who wanted them, and distributing the bags amongst them. I think that my parents were my greatest influencers with regards to my entrepreneurial drive. They were both small business owners in the bottled-water industry, and I noticed that the flexibility in their work schedule, not having the typical 9-5 job, really allowed them to be there for me while I was growing up. I liked the flexibility of their work, and I think that is what peaked my interest in starting my own business.

What was your major in college, and how did your studies lead you toward your career trajectory post-college and presently?

I originally went to school for a commerce degree and wanted to major in international business. I was influenced by travel from a very young age, studying in Japan, France, and Bolivia throughout high school. I grew up in a small town where most people didn’t travel, but I did, so I felt like those experiences really shaped my desire to work in the luxury hotel or airline business. Ultimately, I wanted to work my way up into an executive position within either of those two functions, but halfway through my program, I realized I didn’t really like my major, so I switched into hospitality management. I ended up working for luxury hotel brands like Disney, Fairmont, and Four Seasons, and then I worked for WestJet airline as a flight attendant.

Can you talk a little about your experience as a flight attendant, and how this job sparked your vision for creating FLIGHTFŪD? 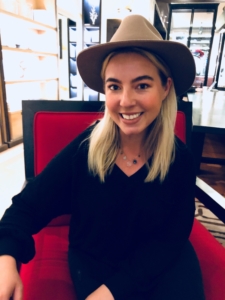 My time as a flight attendant was amazing. There is truly no other job like it. It was the best job that I could’ve had during that time in my life, allowing me to gain perspective. Being a flight attendant is like its own little world, you’re in an aviation bubble, and no one else understands what it’s like. There are odd working hours (I would be gone 3 to 5 days at a time living out of my suitcase), but I got to meet a lot of really interesting people and travel to a lot of new destinations.

My vision for FLIGHTFŪD stemmed from my curiosity of how my body was affected as a flight attendant constantly being up in the air. In 2015, I wanted to understand what the long-term health effects of flying were on my body. At the time, I was also studying holistic nutrition on the side through the Canadian School of Natural Nutrition.

Through my studies, I discovered that there wasn’t a lot of market research done since flying at these distances and altitudes in modern day aircrafts is relatively new, and also that the research that has been done shows that there are six elements that are affected when flying: dehydration, poor circulation, exposure to cosmic radiation, jet-lag, suppressed immune system, and bloating issues.  After I figured out what was happening to my body while I was flying, I wanted to go out and find a product I could take to support my body in the air. However, this kind of product didn’t exist, and I felt as if there was an opportunity to provide something in the market that wasn’t currently available.

How did FLIGHTFŪD become established as a company after your initial idea for the product?

The idea started in 2015, but I didn’t actually begin to take it seriously until 2017. In those two years, I created a Facebook group for mostly research purposes to position myself as an expert in the industry and build a community and relationships with other flight attendants. The group was called the Flight Attendant Nutrition Hub, where I encouraged people to share tips/tricks for healthy recipes and workouts to do while on the road. I needed to validate the idea for my product and see if others shared this pain point I was experiencing and would ultimately purchase the product. The group grew to almost 7,000 flight attendants across North America, and six months into it, I decided to come out with the first concept product later that year, where I made the product myself.

In 2018, I came out with another concept product, tweaking the first one, making it more drinkable and with a better taste profile. Eventually, the ultimate goal for my product was to invest in manufacturing and producing single packets.

When Jamie, my co-founder, joined in January 2019, the company began to really ramp up, and we actually just “officially” launched the brand this past month, Oct. 1. The brand is FLIGHTFŪD, and we create our flagship product called inflight elixir, which is a healthy travel drink mix that comes in single serve packets. Our ideal customer base targets anyone who is travelling, but we see there being three main groups that will purchase our product. The first is pilots/flight attendants. We are actually now in the process of rolling out an Aviation Employee Program for flight attendants and pilots, where they can sign up and create an account allowing them to receive the product at almost-wholesale price. Our second group is young professionals who work as consultants and/or in advertising, where their work allows them to travel, and the third group is athletes/musicians/executives/etc. who are people that need to be on top of their game after landing.

What advice do you have for young entrepreneurial women? 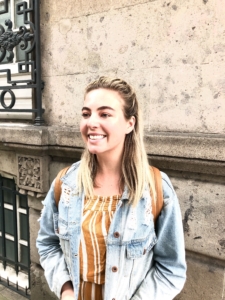 I think one important aspect is timing; if I were to have jumped in with both feet in 2015, I wouldn’t have had the life experience that I have now, or the emotional and mental dexterity to allow me to succeed. I also could not have built this company alone; having someone else to bounce ideas off of was such an inflexion point for me. Additionally, I would say patience is crucial, realizing that everything takes longer and costs more money than you expect.

I would also have to say that the best business advice are the ideas that already have been talked about. Humans always look for novelty, but it’s the ideas that are over-talked about and under-actioned that mean the most. When it comes to seeking advice, people are always looking for someone to “tell them their top success secrets”, but success doesn’t derive from that. The most valuable advice is the simplest advice.

What makes you feel powerful and confident?

I feel powerful and confident through noticing progress everyday throughout all aspects of my life. I want to realize and reach my full potential, and I feel that wasted potential or potential that isn’t utilized is such a tragedy. Not taking chances and living life true to yourself is painful and is what people regret the most. Success, or progress, doesn’t always look like an upward trajectory either. Some days you feel like you’re going backward, and I think people are afraid of going in that direction (they’re afraid to give up or they’re afraid what others may think of them), but sometimes going backward is what allows you to spring forward in a really monumental way. Seeking humility and doing the humbler actions allows you to move forward in a bigger way.