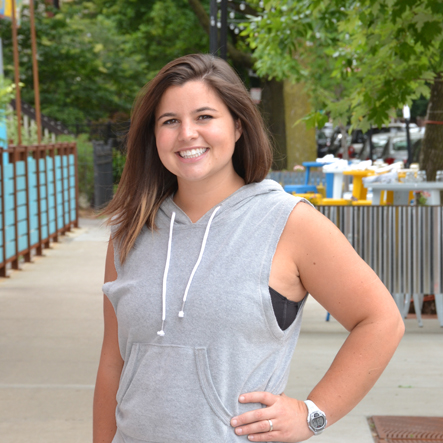 “I grew up in the suburbs of Chicago and went off to college.  I really did not know what I wanted to do at all but I ended up studying youth ministry. I had a few degrees when I graduated, but still felt stuck and uncertain of what to do with my future. Someone told me I would be good at HR, so I applied for a job at Abbott Labs and ended up taking it a few weeks later. I eventually moved up to be a junior recruiter, and then I transitioned to an HR job at Motorola  Mobility. I became very aware of how people complained that companies lacked diversity, but as our team worked hard to “close the gap” I realized it wasn’t the company does not have the power to change the candidate pipeline, and it started much earlier, at the education level.”

HOW DID YOU LAUNCH BRAVE INITIATIVES?

“My friend Emily Harburg and I were talking about this issue. She was getting a PhD. in technology and social behavior. I was very passionate about getting more girls into technology and getting them equipped to apply to these jobs. We started running camps for girls in high school and we wanted to see if these girls liked it, and if we could create a program that worked. We decided to make it free of cost to make sure no barriers for girls to attend camps, and that’s how we launched Brave Initiatives! We worked with several local companies in Chicago to fund it, started with 15 girls. Since then, we have run more than 40 programs in Chicago. We are now running in 5 cities in the U.S. with pop-up programs running in Detroit, Indianapolis, San Francisco and on a Native American Reservation in New Mexico.

When the program started, we were running the sessions for the girls ourselves, now we are training our BraveCamp graduates and other facilitators to run the programs. Each program is one week Monday-Saturday (42-hour week). Once girls graduate from the program, they can stay involved, participating in additional programs. When they graduate from high school, it is our goal that we can train them to be paid interns for future programs.”

TELL US MORE ABOUT THE PROGRAM AND WHAT THE GIRLS LEARN. 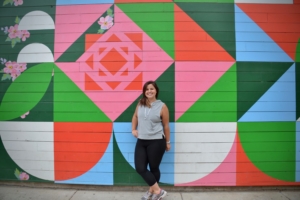 “Part of the camp is focuses on the big impact technology can have, we think it is critical to train future technologists about how their products can or will impact people. We begin camp with the girls selecting a social issue that they care about and they will then interview people about the issue. We then train them in the Design Thinking process, including prototyping, to design a product that can bring relief to the issue. We then train the students on basic HTML, CSS and JavaScript to build out a website that either talks about their product or is their product.”

WHAT ADVICE DO YOU HAVE FOR SOMEONE THAT HAS AN IDEA AND WANTS TO LAUNCH A COMPANY?

“Anyone who has an idea and at some point wants to try it should know there is no right time to start a company. Not everything is going to be perfect any time and the timing will never feel right. It seems that many people fail to even launch because they cannot visualize themself overcoming their fears. Even if the start-up or idea fails, you will learn more than you have learned in any other job.”

WHAT DOES IT MEAN TO YOU TO BE POWERFUL?

“For me it is so important to stay invested in my community, having people in my life that I am invested in but are also invested back in me who are vulnerable and truthful, people who can hold me accountable when things are tough. It is easier for me to be confident because I have a handful people behind me who really know me as a person. I have this community of people who hold me accountable at the end of the day, in my relationships, faith and work.”