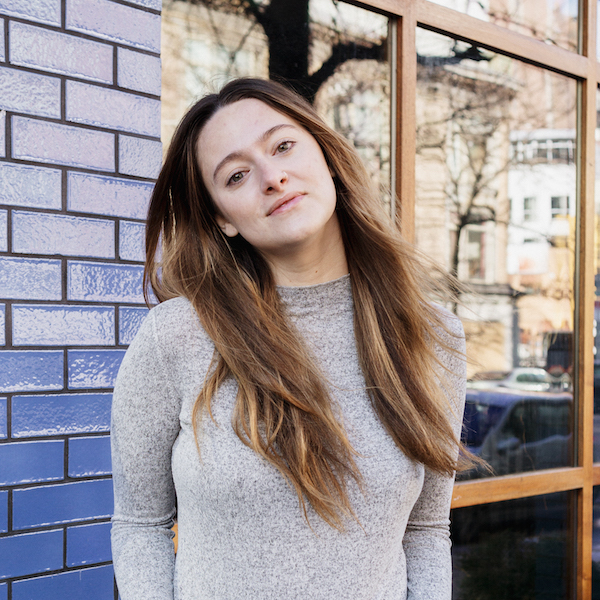 Haley Jakobson and the Power of Empathy

New York native and co-founder of Brunch Theatre Company Haley Jakobson discussed her background in theater and how it propelled her to co-found Brunch Theatre four years ago. Acting as Artistic Director with partner-in-crime Philip Sieverding (co-founder, Creative Director) the company has experienced significant growth due to its powerful team and inclusive mission. We sat down to learn more about Haley’s journey and what she’s learned. 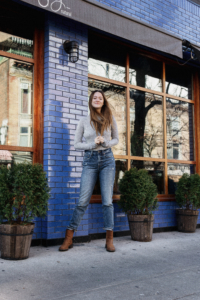 How were you able to experience such great growth in the company?

So much of what Brunch Theatre represents to Philip and I is this idea of hunger. Obviously literal hunger, the food we serve, but we’re not only feeding people with food, we are feeding them with creative nourishment. Artists keep New York alive and they’re so hungry to work, but there’s not a ton of opportunities for green actors because the industry is so saturated here. When Philip and I were starting out, we were just sick of this idea that we had to go in a room and someone would judge us and choose us and tell us we’re worthy of making art, because we already knew we were worthy. We wanted to choose ourselves and all of our friends, too. When we put together that first show, everyone was really excited to start, jump in, make something, and not be choraled, pre-screened, and go into stale audition rooms. It was very easy to get the material because people were just sitting on these excellent plays, directors wanted to be in a room making stories come to life, actors always want to act, we knew designers, etc,  and that’s how it all came to be. From there the marketing did all the extra work. We say, “don’t ditch your weekend brunch plans, make them an experience.” And a performance is comprised of 6 ten minute plays, so we tell people we’re serving their appetite and their short attention span. We have really capitalized on the millennial and genZ mindset. Ultimately, we beckon people in with the idea of a brunch, a party, and a fun way to start a weekend. But the material we choose is really topical, political, and inclusive. It’s all spoken through the millennial and genZ voice, so people are seeing themselves on stage. We’ve also found that the material reaches all age groups. Lots of baby boomers come see our shows and love them. We have around 30 people in our company, and if each of those company members are bringing 5-10 people per show, you just create this massive audience and reach, and that’s what has enabled us to get those big numbers and sold-out performances. For us, it has always been really important that we bring young audiences back to the theater. We wanted to make theater cool again, and we feel like we’ve done that.

How do you choose which plays you will use?

First we pick an important topic that we want to explore. Our upcoming May show, Brainfood, tackles mental health in modern society and the stigma around it. Some other examples of shows in the past have been about the 2016 election (Deviled Eggs : 7 Plays For When The Country Is Up In Flames) and another one explored existential threats to society (Black Coffee: 7 Plays That Aren’t Afraid Of The Dark). Once we pick our topic we create a prompt around it and we send it out to a network that we’ve gathered, and we encourage people to send it out to anyone they know. The prompt has a recipe and a series of ingredients. For Brainfood, we asked writers to explore #selfcare as a reality, and not a trend. Our main criteria for a Brunch play is that it has to have humor, be relatable, push boundaries, and make an audience look at the world we are living in with a set of fresh eyes. We always like our plays to be poignant and provocative, and we think people learn the most when they are laughing. We produce a lot of dark comedies for sure, and hit some really serious subject matter, but finding levity in storytelling is so important in taking people on an emotional and educational journey. In only ten minutes!

For Brainfood, we wanted stories that navigated how we talk about mental health in our current society and asked really specific questions like: what is the relationship between socioeconomic status and mental health, how to we educate people about mental health through storytelling, etc. We received some truly profound plays that I am so excited for people to watch, and we’re thrilled that our show goes up during mental health awareness month.

Have you ever thought about expanding Brunch Theatre?

Yes! We love the idea of bringing Brunch Theatre to LA because of the similar market, but we’ve also thought about bringing it to more conservative areas of the country. We would obviously love to do Brunch on Broadway, I don’t think we’ve quite gotten to there in our brainstorming yet. The main focus on our mission is to bring young people into the conversation, but especially people whose voices aren’t often heard. We’re lucky to be in New York, in a very liberal bubble, where diversity exists in our company and our audiences, but that isn’t the cast in the rest of the country or the world at large. Because of that we’ve thought about taking a Brunch show on tour, like through the South, which would  probably be really crazy and really difficult, but again, we think using humor connects audiences in ways that sometimes can really break down some walls and boundaries. It would be great to reach more people.

What are some breakthrough moments you’ve had?

We have had people who are older, maybe 60-70 years old, come to shows where we are explicitly political. And a lot of them have been conservative because that’s how they grew up, and they’re not really around “woke culture.” We love it when they strike up a conversation about it, even if they disagree with our viewpoint, because that’s the opposite of apathy – they were listening. The fact that they were listening means that they go home and think about and maybe talk about it with their friends or family or therapist, and that means that they were paying attention, and that is something theater does like nothing else. You sit with little distraction and you have to listen. There’s no way of getting rid of that information that’s going in. I do feel like even if it’s a subtle shift in thought or reactive emotion, that’s better than nothing. That’s how you make change through art.

What are some of your interests outside of Brunch Theatre? 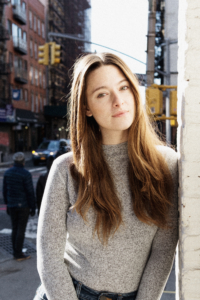 I am a writer first and foremost. I write pretty much a little bit of everything– a lot of long form and prose, which you can find most often on my Instagram. I write about a lot of topics but mainly: mental health and wellness, love and sex, trauma, and queerness. I really believe that writing is a form of healing and, as a trauma survivor, I’ve found that writing has helped me the most in feeling safer in my body. Connecting and educating with people through the internet is strange and funny, but it’s kind of how it goes now, and it’s really gratifying and gives me a lot of opportunity to get my writing out there. I’m also writing a novel which explores rape culture and mental health. So obviously mental health is the common thread in all my creative projects, which is why Brainfood feels so significant to me.

I think for me it means that I always come from a place of empathy. Empathy for myself first and foremost, and then empathy for others. I feel like human connection is the thing that serves me the most in my life, and the more empathy I have for myself and for others, the more connected I feel. The more connected I feel, the more I am propelled to pursue my passions and my creativity and use them to make change.