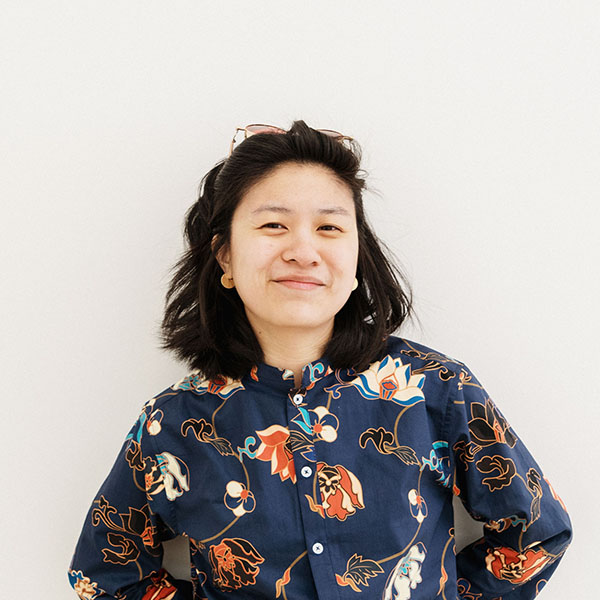 Gerrie on Identity, Memes and Power

Gerrie Lim recently became a moderator for the meme page, “Post Colonial Memes for Oriental Minded Teens,” and we were excited to finally meet her in person in Chinatown, New York. Wearing red-tinted sunglasses and a floral patterned shirt, she talked about graduate school, identity, and memes. She is also the creator and photographer behind the Chasing Color Project. Currently, she is pursuing a Master’s in Public Health at Columbia University’s Mailman School of Public Health. 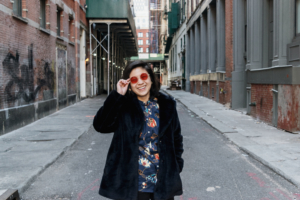 Gerrie, can you tell me a bit about yourself and what you love?

I’m a queer Chinese-Filipino-American woman, hustling in the best (and some days the worst) city in the world–New York City. I was raised in Alabama, but the best compliment you can give me is noticing my lack of a Southern accent. I love writing, photography, exploring the city, and playing this toxic video game called League of Legends.

You are wrapping up your masters in public health. Why did you choose public health and what your plans for the future?

Public health interests me because it’s very intersectional— you could argue pretty much everything is public health. It changes the way you think. As for my career…well, I, unfortunately, don’t have a job yet, but it’s been a wild ride to get to where I am. I started undergrad as a biology/pre-med student, then switched to communications and interned at CONAN and Full Frontal with Samantha Bee. Now I’m back to a health-related field again.

Unlike many of my heroic classmates, I originally got into public health because it was convenient. My friends in undergrad all studied it and said really good things about the classes. I could’ve graduated early, but I wanted to put my scholarship to good use, so I wondered what else I could do with my three semesters left. My academic advisor said that public health only required a whopping FOUR classes to get a minor, so I took some classes. I ended up really liking them. At the same time, I had just taken the LSAT and realized law school was not for me, but that I needed a post-grad plan and somehow move to New York. Now, public health is a really important lens in terms of how I understand myself and my identity.

You are active in a lot of meme groups related to Asian-American issues. Tell me about your interest in these issues.

While I always try to put all parts of my identity (my queerness, womanness, and Asianness) at the front of my work, I’m fascinated with Asian-American issues. It’s very cool to be taught analytical tools in the classroom as I’ve been in some of my race-based graduate school classes, and then receive the opportunity to use them through the mobilization of the Asian-diaspora-community in these meme groups like Subtle Asian Traits. I am so happy to be a millennial academic right now. Within Asian-American issues, I like thinking about what it means to belong to diaspora and what it means to build a community. I’m very passionate about pan-Asian unification, as opposed to flat monolithic Asianness. As a former TV-intern and current entertainment industry wannabe, media representation is quite important to me, but I also hope we can remember that there are literally refugees being deported as we speak. In the words of a famous philosopher, “Kim, there’s people that are dying.” 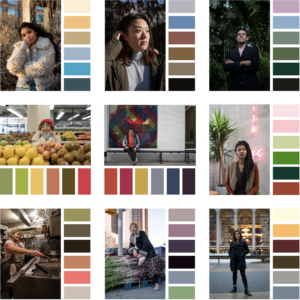 You have started a photography project called The Chasing Color Project. What was the inspiration for it?

The Chasing Color Project is a photojournalism series focused on the experiences of people of color in America (so like, diaspora, really). Long story short, I noticed that a large number of photographers and their models were white, and I was interested in making profound content, so I decided to focus my photography work on that. The color palettes just came about literally because it was an aesthetic choice.

I’m really interested in our experiences as people of color. Even though we come from different places, our stories often run with similar themes. Over the course of the project, I’ve noticed that there is a feeling of “in-betweenness,” that hyphenated Americans often feel like they are not enough of either part of their label; for example, I often feel that I am both not Asian enough and not American enough. But then it begs the question, what does it mean to be “enough” in either of those categories? What interests me in talking about these experiences is how influential and impactful they can be on who we are and why we are the way we are.

What does it mean to you to be powerful and confident?

How appropriate that this is a question, because I’ve actually been thinking about this, at least the confidence aspect, a lot over the winter break in preparation for 2019. I think currently, my answer for this is honesty.

I feel like I come off as a lot more confident than I really am. I can’t remember if it was Amy Poehler or just a random Tumblr (RIP) quote, but someone once said the key to being confident is to fake until it isn’t fake anymore. While this sounds like the opposite of honesty. I view confidence to be candor about what I want. If I’m performing stand-up, I want people to think I’m funny and laugh at my jokes, so I have to believe in myself that my jokes are funny. If I’m paying someone a compliment (read: “flirting with a girl”), speaking from the heart makes it easier for someone to know that I absolutely mean what I’m saying, which goes into my next point.

The other half, which speaks to power, is the idea of being vulnerable. Vulnerability is probably not the first thing that comes to mind in regards to “powerful,” but as I wrote in my New Years Instagram post, I think there’s a lot to be said about putting it all on the table. It can symbolize you understanding the value of what you have to offer. Honesty and vulnerability go hand-in-hand. Imagine not needing to hide behind lies or walls. I can’t imagine a purer power. And yet, you always want to set healthy boundaries for yourself. So right now, my goal is figuring out where those distinctions are, while also trying to live more openly.

The obvious answer would be my camera. I got my current camera last month. It’s incredibly valuable to me, but I’d rather talk about something else.

I absolutely adore these white Ray-Ban Wayfarer sunglasses. I hate the Luxotica brand because they are truly an unstoppable monopoly in the eyewear field, but these just have so much sentimental value to me. The sunglasses are my one of my oldest possessions— I’ve had them since 2008. If you were to look at my Facebook pictures, you can see it pretty much from the beginning of my Facebook to now. I’ve had it for so long that when the arms broke and I called the company for a replacement, they told me they discontinued making white arm frames.

You’ll never see ones like mine because the white frame is discontinued and the replacement arms are black Brooks Brothers ones with a tartan interior, which I didn’t even know they made? The company sent me the wrong ones on accident, but I was too lazy to get new ones.

My parents gave them to me. My grandpa used to have Ray-Bans until someone snatched them right off of my uncle’s face when they were growing up. My dad gave my mom some Ray-Bans as a present when they were dating. The sunglasses have just been with me through everything. I’m unfortunately very good at running things down quickly, so the fact that these sunglasses have made it with minimal scratching is truly a miracle and a testament to quality.

But I’m still mad about Luxotica owning everything, haha. 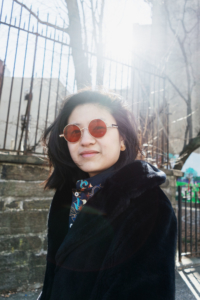 Check out The Chasing Color Project here and Gerrie’s Instagram for more creative writing and projects.