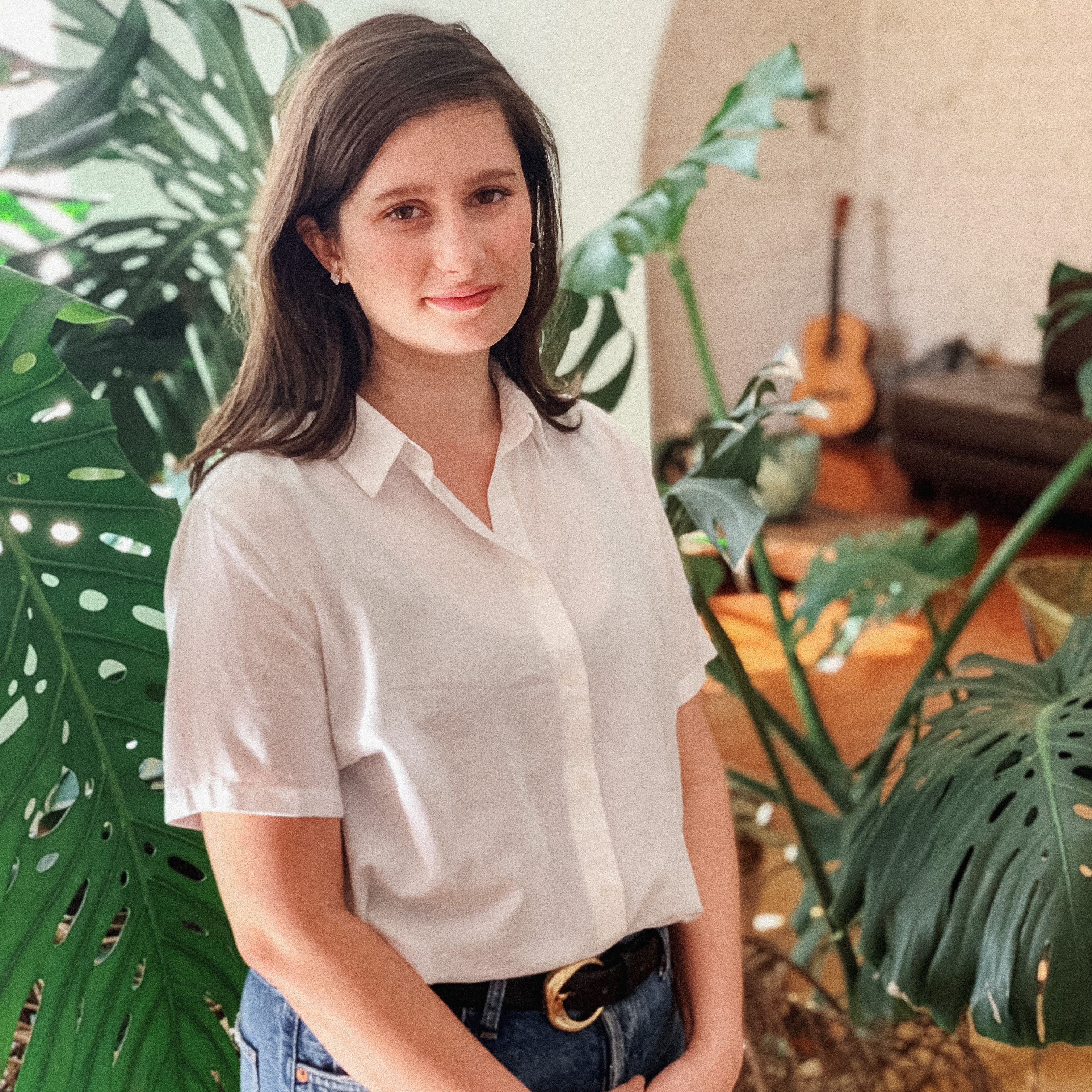 Delaney Marsco on The Power of The American Voice

Delaney Marsco is a legal powerhouse at the Campaign Legal Center in Washington, DC, which is a nonprofit, nonpartisan watchdog that works on democracy issues and holding those in power accountable for staying ethical and running our democracy appropriately. Delaney went to the University at Buffalo for undergrad and The Ohio State University for law school. Delaney took time out of her insanely busy schedule, in the middle of a government shutdown, to talk to me about a strong democracy, the shift social media has created, and our responsibility as citizens to be politically aware. 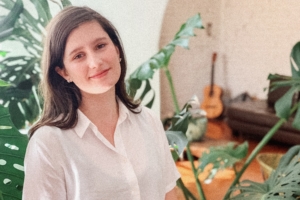 Working in ethics is a pretty broad title. Break down for me what that means and what your job entails.

I focus on government ethics, specifically the impact of money and special interests on government decision making. A lot of the work I do is technical legal stuff; a big part of my job is looking to identify violations of ethics laws committed by executive branch employees. This entails drafting freedom of information requests, monitoring activity on social media and TV outlets, and taking a look at the substance of officials’ actions while they’re in office. I also help advise lawmakers who come to our organization and want to change or draft ethics laws on the best way to help them achieve their goal. It really is a two-pronged approach: watchdog work and policy work. I also work with media outlets to help them tell the stories of corruption big and small.

Tell me about how you ended up in this job? 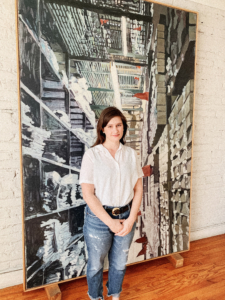 I got into this in a roundabout way. I went straight from undergrad to law school. I worked a lot of great internships in government during law school, including at the U.S. Attorney’s Office and in the office of then-State Representative Kathleen Clyde. Especially after working for Rep. Clyde, I knew wanted to work in government or something government adjacent. But, after law school, my significant other got his dream job in New York City, so I took a job with Goldman Sachs in their compliance division in New York. After the 2016 election, I felt called back to public interest work. The fragility of our democracy crystalized for me, and I wanted to be a part of helping fix the issues that I saw. So I left Goldman, and I joined the Campaign Legal Center.

Why did you go to Law school?

I was initially called to it because I really loved reading and writing, and I wanted to use those skills in a meaningful way. I was really drawn to the ways in which lawyers can access the levers of power in ways that other people can’t, and the prospect of having access to those levers in order to do good with it, for the people, and affect change. I figured if I was able to go to law school and work for the public interest, then I should to do it.

Working in that type of world, especially in today’s society, can take a lot out of you. But what have you gained?

My main takeaway has been that the issues we work on at CLC have never been more important than they are right now now. It’s made me more aware. These democracy issues are fundamental at all levels of government. Americans’ voices can only be heard if they’re not drowned out by billionaires who are funding our elections or paying to support candidates that don’t reflect our country. Our values can only be reflected in policies if all of our voices can be heard at the ballot box. These issues aren’t necessarily ‘dinner table issues,’ but they’re important because all decisions that are made, whether about taxes or health care, are made by people who are elected and retain power through the political system in place. So, although it can be sensitive, it needs to be discussed at dinner tables. I try to message ethics in a way that makes sense to people. It’s more important now than ever that folks are caring about the structural integrity of our democracy.

A lot of society gets their information from what they see posted all over social media. What are the pros and cons of this?

I think that it’s great that we have more tools at our disposal. We have developed this democratized view of who should get information and the quality of information. From this you can see more of these independent news outlets popping up that are telling the good and right stories. Social media is a really amazing tool for that too because it’s free for everyone, and everyone should have access to this information. Our generation is getting better at using these tools. Social media is a problem sometimes, but one of the good things we have that our generation takes advantage of is using it as a way to influence democracy issues and to use it as a community to break down these issues to tell their stories. There is more of a narrative that we’re becoming more apathetic or disengaged because of the social media whiplash and everyone’s a critic – I think that’s valid – but I do think that our generation is caring more about what we have a say in and how our voice is heard.

Speaking of our generation, what advice would you give them about getting involved?

It’s important to really diversify the sources you get your information from. Do your best to seek out information that you might not agree with because it will challenge you, and it might help you build your arsenal if you know how people are criticizing your viewpoint. I think democracy is fragile; it needs people working at it every single day, so I would encourage young people to seek out organizations that call to their passions. Even as simple as making sure people are registered to vote, or volunteering to be a poll watcher. Everyone should feel empowered to participate. It’s not always financially possible for young people to donate, but when they can, they should, because organizations need support to do the work of democracy.

Over the past two years feminism has been more prominent than ever with even larger movements. What has it been like to be a female working in the political sphere?

Democracy work is all about who has access to power. As a woman, I’m drawn to those issues. People who have money shouldn’t be the only people that have access to the political process or know how to navigate the system. I care about leveling the playing field in politics and in government, ensuring access to the political and decision making process regardless of gender, race, or socioeconomic status, because that’s what democracy is. It should include everyone equally, and that alone is a feminist message.

That’s really powerful. You walked into a bit of a tornado. Has it been what you expected?

I didn’t have any expectations coming in because I was coming from the financial world. But one thing that really struck me was 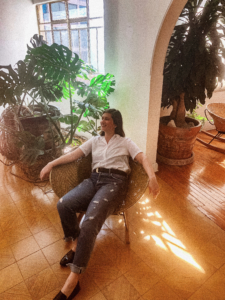 how many people are doing this work, how many brilliant, thoughtful people are doing the hard work of protecting our democracy. I knew that, with ethics, the tone from the top matters. Ethical compliance starts with the boss, and, when President Trump was elected, there was a feeling that there could be some issues with his ethical tone. So I think there was a sense that things could get really bad, but I wasn’t aware how many ethical problems there actually would be. Seeing senior official after senior official break the rules can be disheartening. You can really see the cracks in the system when you do this work. But on the flip side, I feel privileged to add to the chorus of the brilliant folks who do this work.

We’ve touched on empowering others, but what makes you feel powerful?

The work makes me feel powerful. Being able to work in the democracy sphere and actually feel like I am making a difference is incredibly empowering. I felt most powerful when Politico wrote that a report I worked on over the summer, in which I requested an investigation into Commerce Secretary Wilbur Ross for conflicts of interest, was a road map for House Democrats to conduct oversight of Trump Administration officials. That was a moment where I felt the work that I was doing was actually making a change, because sometimes it can feel like yelling into a void. I felt like I was doing something important and making an impact.