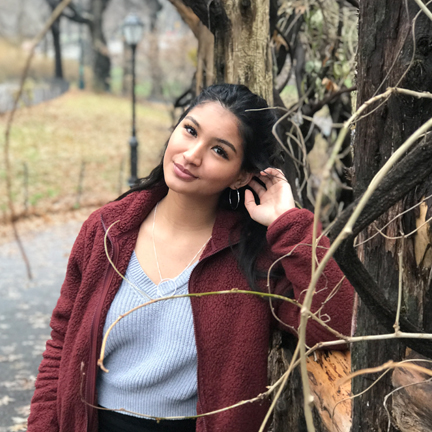 Deja Foxx on The Power of Community

Deja is an activist and student at Columbia University. Recently, she won Teen Vogue 21 under 21, and she’s on her way to becoming your future U.S. President. We sat down with her at Joe and the Juice on the Upper West Side in New York City. She shared with us the largest challenges she has faced: being homeless in high school, and how she developed her leadership ability to make a positive impact in her community. Read about what it means for Deja to be powerful and how to make a positive impact in your community. 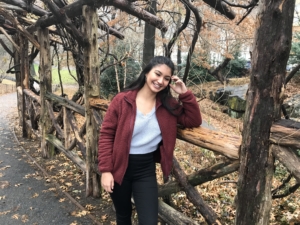 Deja, tell us about growing up in Tucson Arizona.

I was born in Tucson, Arizona, and raised by a single mom. I have a bunch of half siblings. Growing up my mom was pretty stable until I was 11. My teachers were a big part of my life. I was also in the gifted program. I had to drive out of my neighborhood to go to a better school. When I was 11, my mom fell into a downwards spiral of substance abuse. I was surrounded by white kids, and it felt like everyone was middle class and had two parents, and I tried to pretend what was happening at home wasn’t happening. During my sophomore year of high school, I moved out of my mom’s house. I couldn’t balance my home life, school, activism, and it made the most sense for me to do this for my life. It was the best decision for me. Bouncing around from friend to friend was hard, but, in some ways, it was less stressful to me. Eventually I moved in with my boyfriend at the time and his family. They are monoligual spanish-speaking Mexican immigrants in a tight-knit Mexican community. Their family is really loving. We aren’t together anymore, but his family is still my family.

How did you balance school, moving out of your home Sophomore year?

Having to balance school and moving out taught me how to be organized. My grades did struggle, but they weren’t awful. My 8th grade counselor told me to keep the grades up and my doors open. I stayed with friends who were also going to my school. I had a friend that would pick me up every day. Interestingly, one of my challenges in balancing everything was knowing where my textbooks were because I was going back and forth between so many houses and school. The balance just happened. I made it happen.

What mindset do you use to get everything done?

I think if you want to do something then you can make it happen. I have a lot of faith. I will get it done. I make a large goal for myself, and then I break it into smaller goals. So for example, in trying to get to Columbia, I knew I’d have to graduate high school with a good GPA and that meant doing well in my classes, which meant getting assignments done and studying for tests. Once I saw how these smaller things fit into the bigger picture, it was easier to find motivation to do them. But, the first step is setting goals and knowing where you want to go and then setting short term goals to get there.

Tell us about your first year studying at Columbia.

I recently finished my first semester of freshman year at Columbia. I came from an upper middle-class high school that was a college preparatory school, so I was prepared for Columbia socially, but I had never seen wealth like I have seen at Columbia. I feel like my friends and family in Tucson can’t even imagine the wealth that exists here in New York City. Socially, it has been a journey. The best part has been the friends I have made. I made a group of friends that are first generation, people of color; we are family, and we take care of each other. They keep me grounded. As a first generation student, I live in this privileged bubble and recognize even the privilege associated with having a dorm and meal plan. I have never had the privilege of basic stability in this way before and, now that I do, it has really allowed me to perform to my fullest potential in school. I am in this privileged limbo where I am better resourced than folks back home, but far less privileged than many of my peers at school.

Academically, I am doing better than I ever have before. The core curriculum at Columbia isn’t ideal for me. I think it is really white-people centered. It is all white men. The school doesn’t want to change it, but there is room for change in the curriculum. It’s not representative of me or many of the students, or of my experiences.

How were you involved with Planned Parenthood in high school?

Planned Parenthood came into my life around sophomore year. They changed my life. They were the reason I was able to have access to birth control. I li 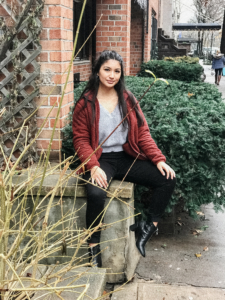 ved with my boyfriend and having birth control allowed me to be at Columbia and where I am today. They supported me with leadership training and mentorship. They encouraged me to take on problems that I see in the world. They taught me how to organize. The skills I learned there have been the most applicable to my life and have shaped what I want to do with my life. I was able to identify a problem, which was sex education in my community, and was able to make a lasting difference in my community. I started with lobbying school board members, then Congress, then senators. My work went viral, and I was lobbying on Capitol Hill, which involved a lot of traveling as a high schooler.

What does organize mean, and what organizing did you do in high school?

When I say organizing, I am referring to organizing people. One of the big tools I have learned is how to be a good leader. Often it means stepping back. Leading from behind is really important. Learning how to mobilize your story. Knowing your audience and how to tell your story. I knew my story and how to tell it well. I knew how to use it in a larger framework to make change, which was keeping the ACA (Affordable Care Act) and Title X funding. Storytelling is important, and it is a tool for activism and organizing. Even just you telling your story is a tool to inspire others to tell their stories.

What is the largest challenge you have faced, and how did you overcome it?

Adjusting to New York City. I have been overcoming it by asking people for advice.  I really listen to it. I had a professor over the summer that said it is a privilege to be lost. I have found that at Columbia I have the privilege to not know what I am doing yet. In high school, I had to work at a gas station to make money. I was placed into circumstances and didn’t have a choice. In New York and at Columbia, I have the privilege of time and energy. I became comfortable in the discomfort of not knowing what I am doing yet. It has helped me navigate the wins and the losses.

President of the United States. Though, no matter where I am and what I am doing career-wise, I will always be an organizer because it is a mindset and passion of mine. I always am striving for positive change. Whether I am working as an organizer, in a corporate space or in politics, I will be making a positive impact. I believe in always keeping my doors open.

To me, power is to empower other people. There is nothing I love more than to create opportunity for my community or my people. I had so many people invest in me and take care of me. I make sure other people share the benefits of that. Because they invested in my success, I want them to see the benefit. The investment wasn’t always monetary, but often showing me support by being my friend.

What are you currently involved with besides being a student at Columbia? 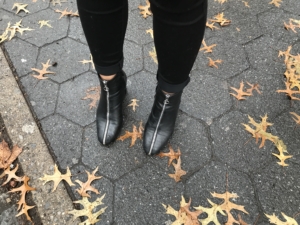 I’ve worked on projects to end family separation and gun violence. I also started a program at the end of my senior year that has free Ubers and Lyfts to bring teens to clinics to have free birth control and STD testing. The center of what I do is my people and my work. That political work exists so the clinical work can happen. Working with community health centers was just part of my larger goal of providing health care and getting people set up with appointments and making sure these resources are available to them. I left the program in the hands of some amazing leaders.

How would you define a strong community?

It is important to recognize the communities you are a part of and not a part of. For example, being at Columbia, I am not from New York or the surrounding community of Harlem, and it’s not my place to lead, but instead to support leaders from that community. But what community means varies by person; it can be geographic and local, and it can be identity-based. Social media has also expanded the idea of community and become a really important part of how we connect to one another. I love the community I’ve created on social media, and I want to provide them with the best resources possible.