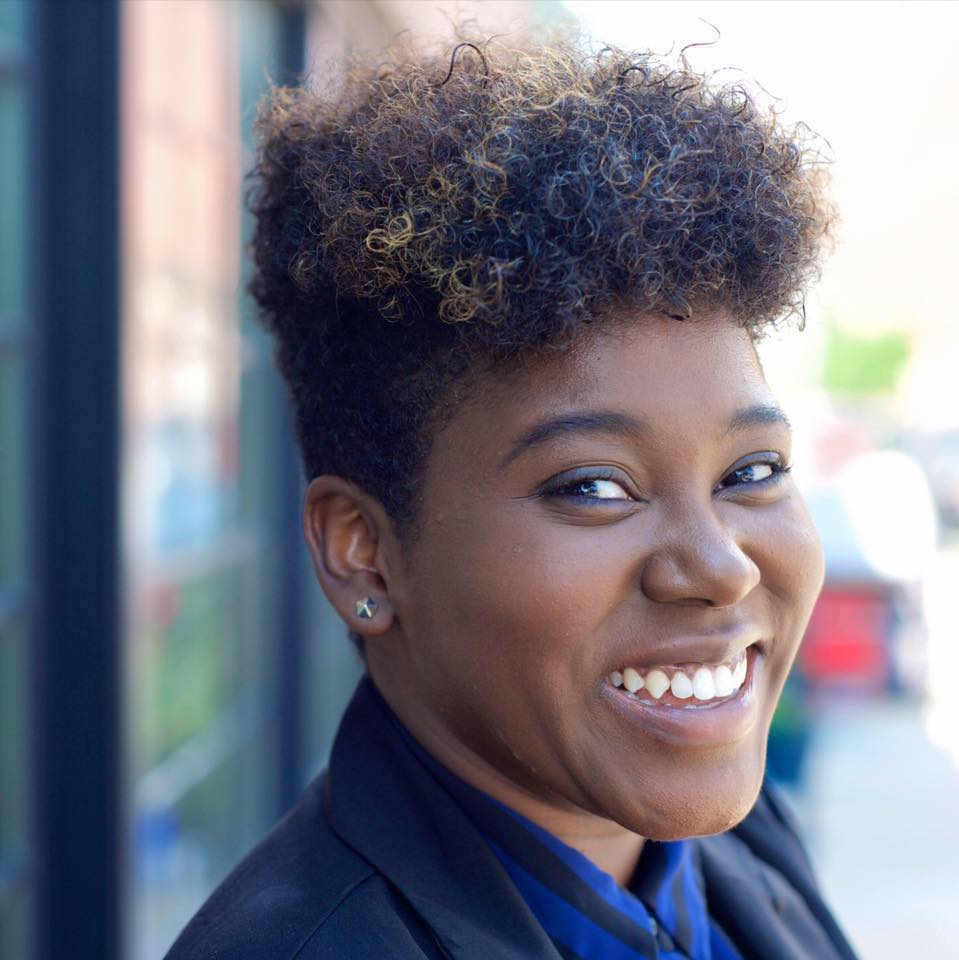 De Nichols on the Power of Self-Care

De Nichols grew up down South in Memphis, TN, and her beginnings were in rural Mississippi. While we talked, De mentioned that growing up down South has been the foundation for a lot of the work that she’s done and the ways in which she uses creativity to solve big problems. For her undergraduate degree, De attended Washington University in St. Louis, where she studied Communication Design; she later found herself using her design major as a way to express how she felt about things going on in the world and on her college campus. She also attended WashU for graduate school and received a Master of Social Work and focused on entrepreneurship. During our talk, De talked about her current position at Civic Creatives and how she started the project #StickyNoteToSelf. 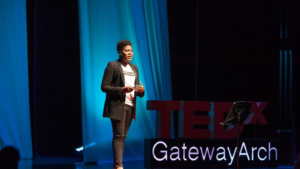 De, can you tell us more about your process of starting a career after college?

When it was time to find a job in the world, a lot of our campus career coaches recommended design students like me to work at agencies, non-profits, or become freelancers, and I didn’t want to pursue any of those options. I decided I wanted to go to grad school eventually, but I wanted to explore who I wanted to be as a designer first, so I went back down South and joined a design team in rural Alabama. In the midst of those experiences, I really came to terms with who I wanted to be as a designer and how I wanted to practice. I also found that taking a year off was super beneficial for gaining clarity for what I wanted to do. During that time in between undergrad and grad school, I was really struggling with the fire in my heart for something else and trying to understand my identities; wrestling through all of that really set my soul with a sense of urgency during that time.

What type of work do you currently do, and what inspires it?

I center my work around designing and creating experiences that help inform how we—as individuals and as communities of people—navigate built environments. As “built environments” are designed as public space, it can relate to what is happening when we’re walking down the street, or it can regard how we help people get to know their neighborhoods, etc. Also, the built environment is related to what’s happening in schools, in neighborhoods, in institutions, and how they influence our ability to live happy lives within communities.

The company I am currently at, Civic Creatives, aids this by transforming space and facilitating conversations within specific spaces. Some of it is through communications design and helping organizations inform the public that their space is open for all age demographics and visually awakening people’s senses to things that are amongst us. 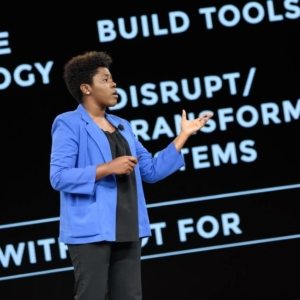 However, design wasn’t always the lens that I used or the way I engaged. When I was younger, I knew that I really wanted to do cool things in the public sphere and wanted to stop people from harming each other. The area where I grew up in Mississippi was divided by a railroad track until 2009. As a kid, I lived on the Black side of the tracks, but I tested into a gifted program for youth, so I attended two schools at the same time. I was never able to shake having two identities in certain spaces. I found that not being able to bring all of my identities with me became exhausting. Part of my journey to finding my sense of belonging as an entrepreneur has often mirrored my journey as a human.

I think the power of social entrepreneurship has helped me set a path and steer change-making in a way that others have not been able to, and my personal nuances and life experiences definitely guide how my niche and contribution to the world unfolds. As an example, I think setting radical values that really govern the work I do with my company is something that is crucial. There are so many teams I have engaged—both non-profit and social enterprises—that had, and still have, saviorship lenses in terms of working with people and communities. I wanted that lens to be completely removed from my work. I wanted to model how social impact can work when we honor and center the expertise and “idea ownership” of people most affected by issues.

We don’t present ourselves as the experts, and we don’t quite follow a hierarchical structure. We work with people as collaborators and partners regardless of background or life circumstances, and, for me, that is powerful. That is collective power.

Being powerful and feeling powerful means having the freedom to govern my life, feel whole in my relationships (including with myself), and manifest beauty from the connections I have made. I feel most powerful when I help create something impactful that is an extension of my connection with others.

I feel the most powerful when I’m provided and given the space and time to really facilitate the creation of strong ideas, and, for me, collaboration makes magic happen—it makes things happen that might seem impossible to others.

How do you balance taking care of yourself with your creative practice?

On a personal level, I feel powerful within my body and my mind when I have the ability to take care of it. In our careers and our journeys, we face burnout so easily because we’ve obligated ourselves overwhelmingly to the demands of others. When I feel like I am at that point where I’m just cranking out projects and tasks, I no longer feel powerful. So when I am capable of taking control of my life, my job, my spirit, and my body to create that harmony and balance, that’s when I feel powerful. I feel like it includes a lot of me saying “no,” and I hate saying “no” because a lot of the projects that people ask me to join are groundbreaking. But, I’m learning that if I leave no time for self-investment, then I’m no good to anyone else. I’ve found that saying “no” to the things that I can’t commit to with high fidelity has affirmed my choice, and this also makes me feel really powerful. 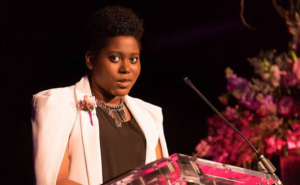 For me, quality time is my love language and when I can have quality time with myself and pick what my activities are, I know that I’m showing myself some love. Sometimes it’s not glamorous—it’s just having my phone off and taking a nap. My other love language is words of affirmation. I have a project called Sticky Note to Self, and most often it’s me affirming that what I’m doing right now is good, that what I’m doing matters and is not in vain. Being able to feed myself self-generated inspiration is healing.

You started a project called #StickyNoteToSelf. How has this project evolved over time?

The Sticky Note to Self Project has been one that has definitely evolved over time and has connected me with a lot of people and spaces that I wouldn’t have connected with otherwise. The project has been loved by libraries and schools that are trying to teach kids about injustice and love through creative means. It’s so simple and very utilitarian, but it’s become its own art form over time.

For a while, I was transforming the notes into apparel because people really wanted to wear the notes and use it as their own canvases in the world and to have an aspect of shared values and connection. People will post really cool pictures of themselves in the #StickNotestoSelf shirts—like this woman who wore a piece of our apparel with one of Michelle Obama’s quotes on it to an event where Mrs. Obama was speaking. I’m hoping that this is one of the ways that the project will continue to evolve.

Another way that the project has grown was through its inclusion in several group exhibitions over the last year, and this year we’re going to have our own mural. I think these are also ways that it has, and will continue to, set forth new connections. The third way is the video series, and though I’m not consistent with it, I know that when I’ve made videos, it’s sparked a lot of connection with others. The video series is a continuation of the #StickyNotestoSelf project but on a different platform; it allows me to engage with people in a different way than I do on Instagram or Facebook. I want to be more intentional about it in 2019, and as I try to do it on Sundays, I hope it can help people press pause, reset, and reflect.

What is a product or item that you love, and why?

So for me, my power items are my blazers. I am obsessed with blazers because they make me feel protected in two ways: one way is from weather and cold rooms, but they also make me feel powerful. When I put on a blazer with any outfit, I immediately have a different stride. A few years ago, I earned a Visionary Award in my city, and, for my speech, I wore a white blazer that was also a cape, and I have never felt as powerful as I did when I wore that. Blazers are indeed my cape. 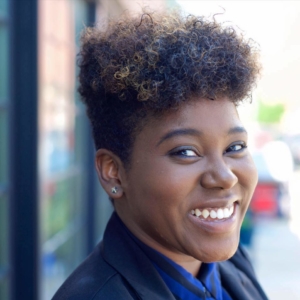