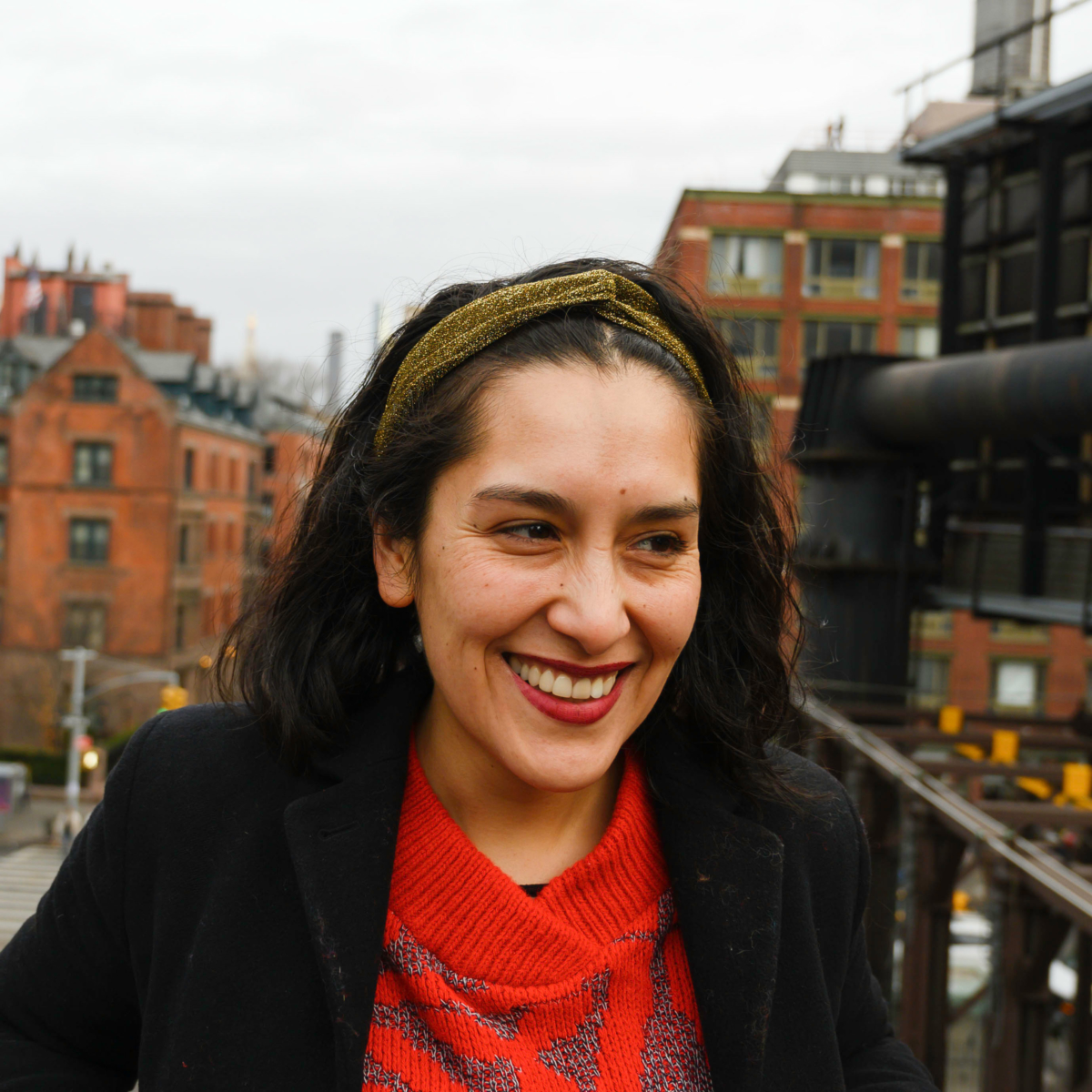 Arelis and the Power of Writing

We sat down with Arelis Uribe, a Chilean journalist, writer, artist, and activist. In 2016, she published a short stories book, Quiltras, which won the Chilean Ministry of Culture’s annual prize for best book of short stories and the New York Times named it one of the best Latin American books of the year. She is now living in New York, creating music, art, and writing, and she has her own pocket-size poetry zine Editorial Negra. She talks about the power of writing, both for the individual but also for a greater social change. Read on for her tips on how to be more creative! 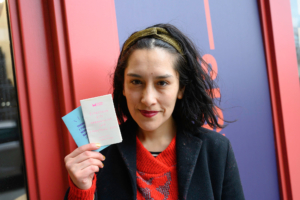 Tell me about how you got into writing and journalism.

Oof, it is a long story… It began when I applied for a journalism workshop for young people at El Mercurio (the most powerful, old, and conservative newspaper in Chile). I was 18 years old and I had no idea what to do with my life. At this youth journalism workshop, my love for writing was born. So, I decided to study journalism. After graduation, I avoided the media and newspapers because, in Chile, newspapers have a rigid model of writing: the structure, headline, body, quotes, etc. I wanted to explore writing freely. I worked for non-profit organizations focused on feminism and education. Secretly every night, I wrote my own stuff: opinion articles, interviews, and fiction short stories. I submitted my work to blogs and magazines, sometimes for free, sometimes they paid me, and I won a few literature contests.

One day, I discovered a call for fiction manuscripts by Los Libros de la Mujer Rota Editorial. I applied, and they chose me to publish. That is how I published Quiltras, my first book. This achievement changed my life. In my home country of Chile, Quiltras was met with instant praise. It won the Chilean Ministry of Culture’s annual prize for Best Collection of Short Stories, and has been named one of the best Latin American books of the year by the New York Times. In addition to Chile, my book is now available in Spain and México, and in 2020, it is set to be translated and published in France.

What inspired you to write your book Quiltras?

Quiltras is an indigenous Mapuche word meaning street dog or stray dog. Quiltras chronicles the stories of homeless, wild, and abandoned spirits. It is told from a political lens as the world is comprised of marginalized voices and identities– young working-class women, students from poor neighborhoods, and people of color.  A translated version of one of the short stories featured in Quiltras was published in Asymptote Journal. You can read it here.

María Moreno, an Argentine writer, and Ernest Hemingway taught me this: writing freely means writing the truth. To be free, you should tell the truth. I feel powerful when I write an honest line, the most honest line I know. It is a relief. Writing is a process. I feel like the act of writing itself is freeing and powerful, and also when someone reads what I wrote and replies, “I feel what you felt.” I feel powerful when I read a punchy and powerful line I created.

You are getting into poetry now.  How is it different from writing stories? 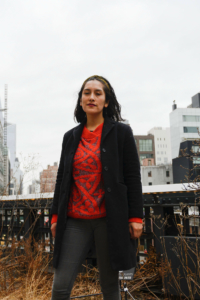 Yes, definitely different. When I write or create something, I try to answer two questions: what I want to say and how to say it. I am always saying the same content (what) in different manners (how). I write about love, life, nature, and death. The form of writing changes, depending on the project. Journalism, fiction, and poetry require different writing strategies. The difference between storytelling and poetry is the perspective of the narrator. In storytelling you see characters living their lives, while in poetry you hear music made from words.

What is your advice to young women who want to be more creative?

Oh, just do it. Just do what you love here and now. Use your hands, your time, your heart. Use the medium you like: whether it is writing, drawing, or singing. Agnès Varda used to say: “Inspiration, création, partage” (Inspiration, creation, sharing). That’s all. Art is the same as love, because it is about a strong feeling you need to share to the world to keep moving, and also because art and love are about human connection. In a book written by Siri Hustvedt, I read something like: the magic of creation is to feel something and then share it with the world.

Do you have a daily routine that you follow?

Yes, I do. I wake up every morning, play some of my favorite songs on guitar, songs by Evelyn Cornejo, a Chilean musician, and songs by Onda Vaga, an Argentine pop-folk band. I eat granola or fruit, and then practice pilates. Next, I turn on my laptop, reply to emails, and write my stuff: an autobiographical novel I’ve been working for three years (Oh my, so long), poetry in Spanish and English, and also I edit poems from Chile about our current revolution – I hope to publish those poems on a new zine. I stop to drink a cup of tea or to play the guitar. Also, I am taking creative writing classes at NYU twice a week. I am always reading a book. Now I am on Just Kids by Patti Smith. I read on the subway and before sleep.

Wow, that is a beautiful question. For me, power is the same as determination, love, fire. I feel powerful when I have a purpose and when I am free. I feel powerful when I give love and also when I receive it. When I feel the connection with my friends, my family, a cat, nature, or a nice person on the street. I feel powerful when I read a simple and beautiful line and when someone tells me “I love your writing.” I feel powerful as a Chilean on days my people are starting a revolution to change our country. Last October 18th, a group of students organized a massive fare evasion on the Chilean subway, as a protest against the cost of living. The government responded with violence, with the army and the police on the streets shooting and killing people. It’s been three months since the “social explosion” and almost 400 people who were protesting on the streets lost their eyes due to the cops’ repression. People are asking for more equality and the government only offers more bullets. It is so sad, but the Chilean people are brave and they are resisting with solidarity and creativity. You can watch this video from the New York Times explaining what is going on in Chile.

I also feel powerful every time someone I miss comes back to me.

I enjoy poetry and songs by Chilean artist Violeta Parra, feeling the sunlight in the morning, eating fruits and pizza, swimming in a pool, and receiving love from my loved ones. 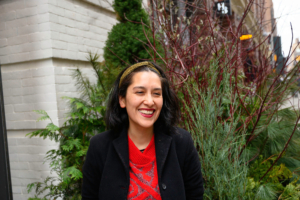