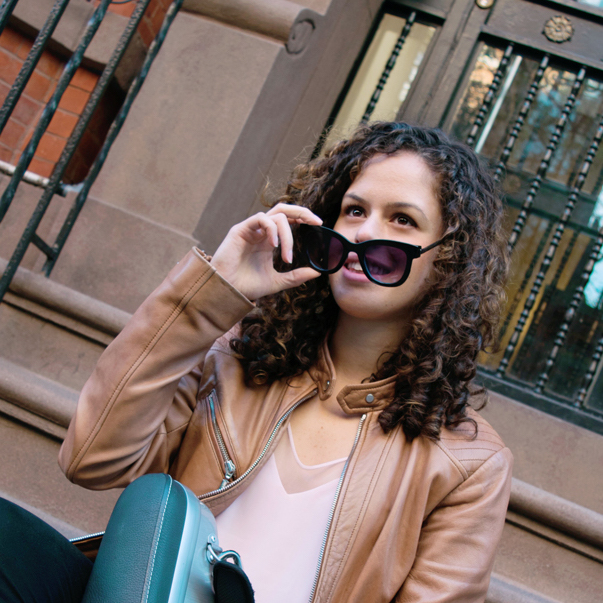 Alexa on Being a Young Female Jazz Saxophonist

Alexa took everyone’s breath away at the Kenya by Machito concert at The Juilliard School. She was the only female musician in the jazz ensemble, and her passion poured out as she played the saxophone. I later learned that being the only young woman in the band was nothing unfamiliar to Alexa, and she has always embraced the uncertainty and challenges that came with it.

Alexa Tarantino grew up in West Hartford, Connecticut, and she is now an award-winning saxophonist, composer, and educator in New York City. She leads the Alexa Tarantino Quartet and co-leads LSAT, a quintet with baritone saxophonist Lauren Sevian. Alexa is also the founder of Rockport Jazz Workshop and teaches at Jazz at Lincoln Center. Apart from all of her gigs and teaching roles, Alexa is also a current Master’s Student at The Juilliard School. 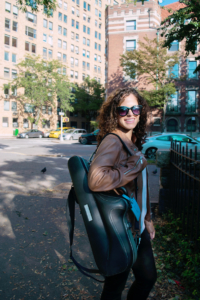 Did you grow up in a musical family, and how did your love for the saxophone begin?

I am originally from West Hartford, Connecticut, and I grew up in a non-musical family. My parents were pretty surprised when this whole obsession for jazz and saxophone hit. Somehow it was a coincidence that my family just settled in West Hartford, which is known for its strong jazz education in the public schools. My parents would take me to the high-school performances when I was in elementary school. I remember watching a young woman play the saxophone in the jazz band. Afterwards, I tugged on my mom’s jacket and exclaimed, “I want to do that!”

What gave you the courage to move to New York City for freelancing?

After graduating from The Eastman School of Music, I decided that I wanted to try out living as a freelance musician, just to see if I could even pay my rent. While I was freelancing in Rochester, I was recruited by drummer Sherrie Maricle, who runs the DIVA Jazz Orchestra. At that time, DIVA was traveling with Maurice Hines for his a show of his which eventually moved to Off-Broadway in New York. I thought, “if I am ever going to move to New York, now is the time.” I had always been a little nervous about moving to New York City. I wasn’t sure if I was good enough compared to all the other jazz saxophonists out there. It was very unfamiliar. I ended up moving in with my my best friend from college. She was kind enough to let me live in her closet for three months while I waited for a room to open up in the apartment. Such a classic NYC story!

Do you have any advice for young women who are thinking about moving to a bigger city and trying something new?

If you are sitting on your couch all day and not actively trying to meet new people, then it will be impossible to grow. You can’t expect any opportunities to come to you. You have to put in the ground work. Even if you don’t know anyone, just go out and see what’s happening in your career field. The world is smaller than we think!

I would also definitely recommend building up a savings account as much as you can. It is really helpful to have that cushion when you make the move because everything is so expensive in New York. I would say at the beginning, no gig or job is too small. If someone offers you a $20 gig, take it! You will probably meet someone in that band who needs you for something else later on. It can lead to bigger opportunities if you are kind, easy to work with, and do the job well.

To expand on your last topic, at what point do you know you are good enough to be more selective and say no to things?

I don’t believe there is a clear turning point. Every situation is unique. One week I could be playing every night, and another week I could have many nights off. When you first start out, take everything you can. For me now, I definitely need to be more careful about what I say yes to as I try to establish myself. I try to stop and gauge each opportunity’s time and energy commitment with how it aligns with my musical and personal goals. It can be difficult to have your passion also be your method of employment. For me, each performance ideally is fulfilling on some level, whether it’s musically, personally, or financially. The best is when something checks all three of those boxes! I try to think before saying “yes” or “no” because I want to be excited about everything I do. Not only does my attitude affect my own playing, but it affects my bandmates and the music that we create together as well. I want to make sure that I am the best team player that I can be. 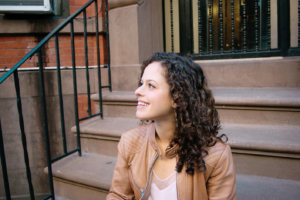 To me, being powerful means having the ability and willpower to design my own life. It goes along with the whole “saying yes vs. no” idea. It is about saying out loud, “I want this in my life,” even if it is uncommon or not supported. I am a female jazz saxophonist. Many people have expressed doubts about that, including random strangers that pass me on the street. But here I am doing it. In addition to performing, I love teaching and traveling. My family is also a huge part of my life. People have standards and stereotypes of what a jazz musician’s life should be, and imply that it is impossible to achieve all of these things. I’ve created a vision for my life that I aim for every day, regardless of whether it aligns with people’s expectations and stereotypes.

I love your sunglasses! Can you tell me a little about them?

I don’t know how it happened but one day I just got really into sunglasses! I got these in LA from a street vendor, but I have a ton more at home. I’m not sure what it is exactly, but I do feel more empowered when I put my sunglasses on. It doesn’t necessarily mean that I am anxious or stressed when I am not wearing them, but something about leaving the house in the morning with my sunglasses on feels badass. I often put them on or swap to another pair when I need to step up my game or give myself a boost.