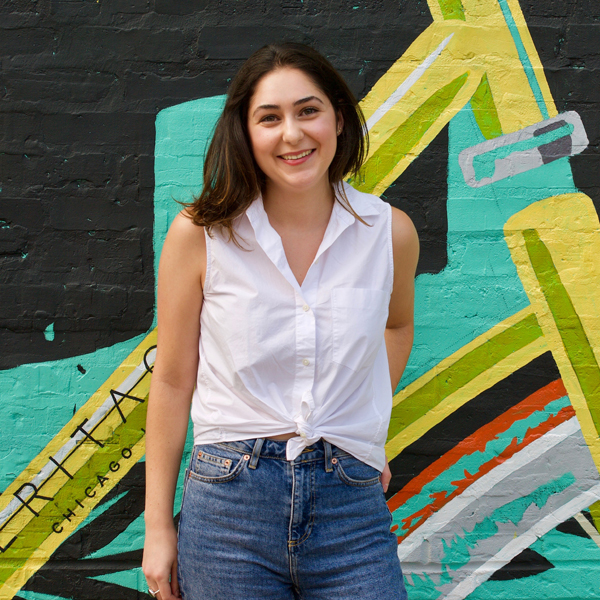 Abi on France, Fulbright, and Fashion

Abi MacCumber is a former Fulbright English Teaching Assistant in Paris and a current graduate student at I’Institut Français de la Mode in Paris, where she studies International Fashion & Luxury Management. She talked to the Power Thread about her love for France and entry into Paris’ fashion world as a graduate student.

“Charlemagne said that to have another language is to have another soul. I’ve always felt like I have two communities, two families, two homes: one in France, one in the United States. It’s always been really important to me to maintain them both and to keep speaking French.”

On going to a women’s college:

I majored in media studies and French at Scripps, a small liberal arts women’s college in Southern California. My mom went to a women’s college and really wanted me to apply to one of them. I wasn’t really interested, but I filled out the application anyways because I knew Scripps was part of a consortium, and I’d heard it was beautiful. In the end, I’ve always liked to be different, to do things people are sometimes afraid to do, so when I was admitted I decided to go. From the beginning, I loved Scripps. The women’s college aspect was honestly my favorite part of the whole school.

On her connection to Paris:

It’s cliché, but Charlemagne said that to have another language is to have another soul. I’ve always felt like I have two communities, two families, two homes: one in France, one in the United States. It’s always been really important to me to maintain them both and to keep speaking French. I knew that if I lost that l 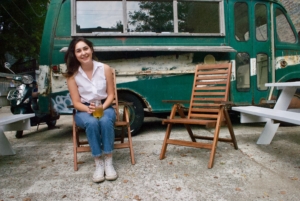 I always knew I wanted to spend a year in Paris. I’ve been learning French my whole life, starting with attending a French preschool. As a child, my mom and I went to Paris once a year, so it’s a city I’ve known my whole life. I spent my junior year abroad in France, and I made a huge effort to feel like I was actually living there. I chose the most non-invasive study abroad program possible, choosing my own roommates and taking the majority of my classes at the Université de Paris 7.

Paris is the city I’m meant to live in. I love that there are rules. If I have people over for dinner, I like the order of the meal to follow the French rules: an apéritif an hour before you eat dinner, and then the meal (entrée, plat, dessert- maybe cheese, between plat and dessert), and then you have an espresso, and continue drinking. There are certain things everyone in France conforms to, but they’re good rules!

On being a Fulbright Scholar:

I spent the last academic year as a Fulbright English Teaching Assistant in the northern suburbs of Paris. I taught students ages 14 to 21; in France, you can work toward the equivalent of an associate’s degree in a high school setting, which is why I also had some older students. My main purpose was to expose students to American and Anglo-Saxon culture. The idea is to promote interest in learning the language through hearing English from someone who speaks it natively. The hope is that having a real resource would maybe drive the students to want to speak English more.

On her Master’s Program in Paris:

In September, I’ll start a master’s program at the Institut Français de la Mode in International Fashion and Luxury Management. I’ve always been interested in fashion and the arts. I knew about the program from family friends in France, and my mom actually suggested I check it out. Once I knew that my parents supported me entering a field that is often considered frivolous, I took it more seriously. I decided it would be a perfect fit for me.

The school was founded by Pierre Bergé, Yves Saint Laurent’s romantic and business partner (they remained lifelong business partners even after they separated). Bergé was on the business side of Yves Saint Laurent. He noticed that, in the fashion industry, there were business people and there were fashion people. There weren’t business people that understood savoir faire, which is what makes a luxury good a luxury good. It’s the heritage of how something is made and the craftsmanship. So he created a program that really hones in on the intersection of French culture and heritage, business practices, such as finance and marketing, and the arts, like creation and design.

As far as future career aspirations go, I’m not sure I’m ready to share them! I’m very competitive in a subtle way. I would really like to assist at the h 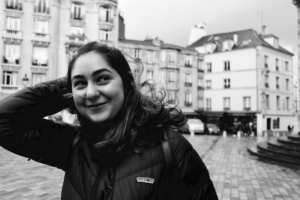 ighest level possible, which would be under the creative director of a major brand. To be a Bergé to a Saint Laurent would be my absolute career goal, but maybe with a bit more work-life balance!

On Her Personal Fashion:

The way I shop is, you know, sometimes you put something on, and you think, yes I have to have this. It’s so interesting, it’s so flattering. If I don’t

have that feeling, I don’t buy it. I never buy stuff that I’m not sure about. Because of that, I always feel comfortable in what I wear. Everyone has things they don’t like about their bodies. But it’s never you; it is always the clothes. If something doesn’t look good on you, there are a million other things that will.

On Body Image & the Fashion Industry:

Models are the height they are because it’s a way of showing the clothes, and historically they’ve been slim because they fit into sample sizes. Haute couture is bespoke, meaning something on the runway looks the way it does because of the height and size of the model. It’s the sample size. But, it can always be altered. I think that’s the beautiful thing about haute couture. No one shops that way anymore- it’s expensive and no one needs a gown to go to lunch. But, I think a lot about Kim Kardashian. A lot of people wouldn’t dress her because of her style, her personality and fame, and her body. No one knew what to do with her body type.  She’s kind of changed couture from a body type perspective. Riccardo Tisci, former creative director of Givenchy, was the first designer of a luxury haute couture fashion line to dress her. It was considered a risk. In the United States now, it’s all about having a super hourglass figure, which, of course, still poses problems, like unrealistic beauty expectations. But I do think it shows overall that the fashion industry is starting to change regarding showing different body types.

On What Makes Abi Feel Powerful: