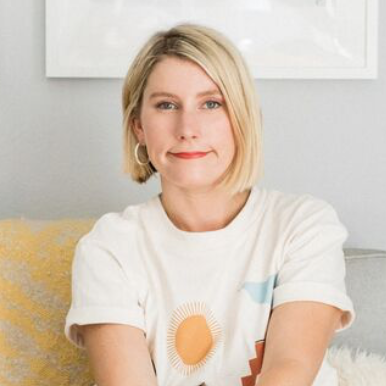 Abby Pendergrast and Serendipity in L.A.

Three cities, one woman, and an eye for beauty, “It’s rad” Abby Pendergrast says of her world. Abby, an events and interiors stylist based in L.A., with roots in Memphis, and ties to Austin, has curated her career as beautifully as she does spaces. She, through one serendipitous L.A. trip to another, has a freelance career in full force. Abby talked with The Power Thread about making changes and becoming in control of her creativity. 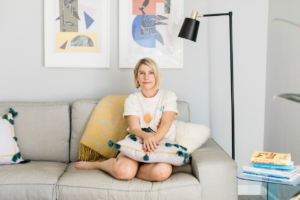 How did you get your start in L.A.?

I studied interior design at the University of Arkansas, Fayetteville, and, after graduating, I went out to L.A. to see my sister who was living out there at the time. It was to look around, check out the scene. Then, about two weeks before I left, my favorite interior designer, Emily Henderson, posted she was looking for an assistant in L.A. She’d just finished a show on HGTV and needed help with her blog. I immediately sent her an e-mail posing interest, asking to meet, etc. This was a dream job for me. Unfortunately, she was going to be out of town that week, but I met with her associate who hired me almost immediately. I moved out, and became Emily’s styling and blog assistant, creating content and working on set styling.

What pushed you to go out on your own? 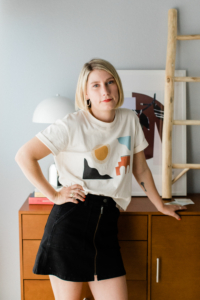 When Emily got pregnant and took time off, I started working for another designer, Sally Breer. Within the year, I had a bit of a quarter life crisis. I moved back home to Memphis for a few months. I travelled and took some time to think about my next move. I ended up heading to Austin to work for a fashion start-up, but wasn’t really feeling satisfied. I was doing some small interior design jobs on the side, but then ended up planning and styling my sister’s wedding. I was so proud of the work I did for her. Then another friend asked me to style her wedding. From there, it kind of exploded. I was doing so many different stylings for events that I really had to quit my other job. So, in March of 2017, I went out on my own.

What advice would you give to people looking to go out on their own?

My biggest advice would be to learn as much as you can from people you admire and build from there. That first summer I was on my own was bumpy. It wasn’t as consistent as I’d anticipated. I took a risk and applied for an Instagram for Business workshop after seeing an Instagram story from Jen Gotch, the creator of Ban.do. Again, serendipitously, I got the a spot at the workshop and ran into a former boss who had a friend in need of an interior designer in L.A. Two weeks later, I subleted my house in Austin, threw my stuff in storage, and was back in L.A. I hustled my ass off. I made a list of people I admired and really wanted to work with. I reached out, got more freelance design projects and event styling work, and I’ve now worked with that whole list. That’s what I’m continuing to do: reaching out to people doing rad work, people I admire.

As a designer, and as a woman, what makes you feel powerful?

It’s really that I feel in control of my career. I feel in control of my creativity. Being out on my own, making the decisions, gave me a spark. I don’t have a safety net. I’m steering my own ship and have the power to say, “these are things I want to do, and I’m going to do them.” Obviously there are moments where I ask what the hell I’m doing, but then there’s the moments where I make a decision, and go head first into it. I strategize, I market, I publicise. Then, at the end of the day, I’ve done it. I just got the opportunity to work with Urban Outfitters, which came from setting an intention and being in control of the intention. That’s what lights my fire.