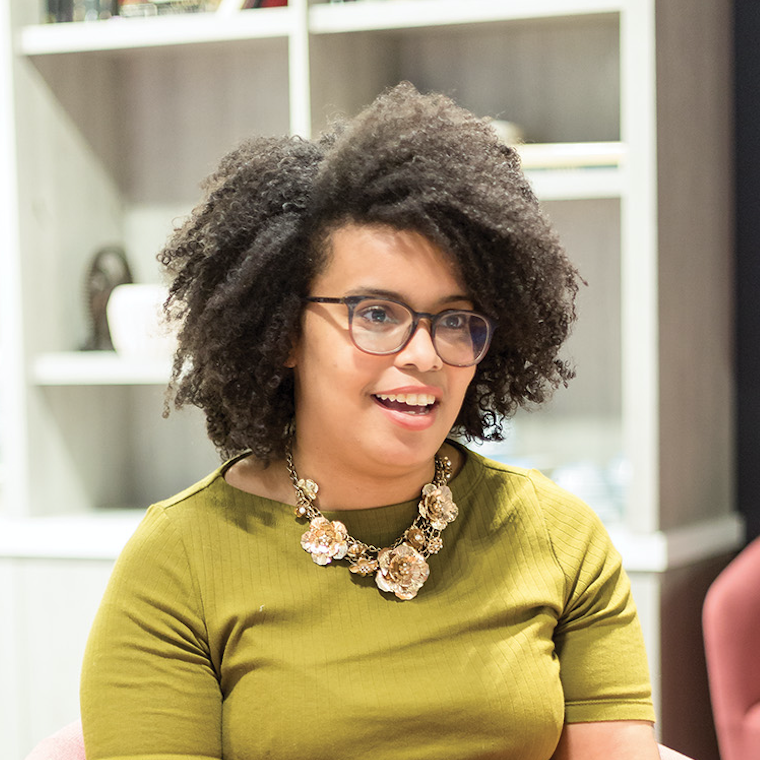 Phaedra Michelle Scott is a dramaturg and playwright  in New York City. Her diverse career has spanned the country – from the Museum of Fine Arts, Boston, to the Huntington Theater Company in California. Currently, she is the Resident Dramaturg of the New Harmony Project and Black Theater Commons and just premiered her digital theater piece, The Puritans. Phaedra spoke to The Power Thread about the importance of theater as activism, creating personally meaningful work, and finding your boundaries in a divisive industry. 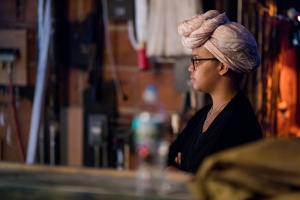 Where are you from? Where do you live now?

I am from Wilmington, Delaware. Currently, I live in New York City.

How did you get started in the theater industry? When did you know you wanted to work in theater?

I was always interested in theater from a young age, and I was fortunate enough to go to a high school with a theater program. I’ve always been deeply interested in history and theater, specifically with how stories are told to a large audience. Undergraduate was where I was able to explore; I worked as a stage manager for a really long time–I loved the organization of it. I also was the scene shop manager for my school where I was one of the few students who knew how to weld. I have always loved those technical aspects of theater, but I would always be drawn back to dramaturgy due to my love of history and storytelling in general.

Once I realized that there was an entire field in theater dedicated to what I was the most interested in doing, I focused my energies into dramaturgy and knew that I wanted to make my professional career in theater.

Can you briefly explain, for those who may not know, what dramaturgy is?

Dramaturgy encompasses so many different roles, and I think that’s why I love the field so much. I always like to say: a dramaturg’s position is to support a playwright in telling the best story possible, in the most efficient way possible. We help writers to craft and sharpen their stories throughout the development process and provide context to designers, directors, actors, and audiences to understand and interrogate that particular work.

What are some of your favorite projects you’ve directed and / or dramaturged?

That’s such a hard question! At this point I’ve had the opportunity to work with a range of playwrights, plays, musicals, ballets, puppet performances…it’s hard to name just one (or even a few) that could be my favorite. I think it changes for me daily depending on what I’m working on and where I am in the world. I would say that my favorite projects in general are the ones where I get to be involved in the early stages of a project, to work on it for years and then to ultimately see it on its feet. It’s such a labor of love to watch a play grow from first draft to production, and I always appreciate the opportunity to be a part of a process for that long.

Are you currently working on any projects despite shutdowns?

I am a playwright and a dramaturg, and I was fortunate enough to receive an Ensemble Studio Theater/ Alfred P. Sloan Foundation grant to write the play Good Hair which follows the hair journey of three Black women throughout three different timelines. Additionally, I was a writer as part of SparkHaven Theater’s Camp Strangewood project. My episode The Puritans premiered the digital theater series.

Dramaturgically, I am the resident dramaturg of the New Harmony Project, where we have been re-evaluating and revamping our policies in order to become an anti-racist organization. I’ve been working a lot with the Literary Managers and Dramaturgs of the Americas (LMDA) on a couple of really cool collaborations. I’m very fortunate to say that I have been busy!

How do you think theater functions as activism? What excites you the most about creating challenging theater?

Theater is capable of being a form of connection, escapism and education. Theater is a form of activism, but I strongly believe that there must be well funded supplemental programs for that advocacy to be truly meaningful. For example, a play that presents a topic about systemic racism should also have room for meaningful conversation with trained facilitators, information as to where folks can receive anti-racism training, or other ways folks can help. Theater is a tool, but activism is so much more than a one-time event.

I always find it very curious when the words ‘challenging theater’ are used, mainly because I believe it means radically different versions of ‘challenging’ depending on the context. For me, a play that is challenging is something that functions outside of the norm. What is challenging for me, might not be that way for someone else and vice versa. I think a lot of work I’m a part of ends up being labeled ‘challenging’ because it so often centers Black queer female voices, which is very much outside of the norm–however for me, it’s my reality.

What are the biggest challenges you’ve faced as an artist and activist?

Like many artists, I think in the beginning of my career it was incredibly difficult to find work. I always felt as though the goalposts constantly changed–one moment I was underqualified; the next moment I was overqualified. Additionally, I think with how a lot of theater has been historically structured, BIPOC artists especially are often siloed into working in affinity-specific work. When you add being an activist to the mix, then suddenly others are deciding what work you should be a part of, rather than allowing you to decide for yourself.

Emotionally for me, it’s incredibly difficult to work on projects that focus solely on Black pain. Frankly, it’s unsustainable for any artist to only work on projects where they are featured as slaves, or drug addicts, or survivors of rape. Thanks to the very white supremacist theater structures prevalent in many non-profit companies, the work that gets programed that features Black artists often focuses on Black pain, because plays that feature Black joy are apparently too imaginative for some audiences to comprehend. I’ve learned in my experience what my limits are as an artist, and recently I’ve been so proud of the woman I am becoming because I get to challenge and change my own assumptions of theater. I think my biggest challenge is actually where I am right now, and affirming my own values as a creator by deciding, sharing, and participating in art that challenges assumptions about Black people, while supporting artists of color that I truly believe in. 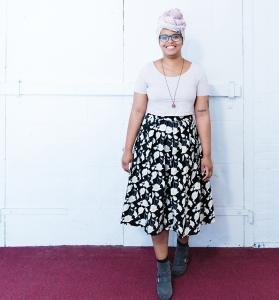 For me, being powerful means speaking up for yourself, challenging your own assumptions, and understanding where your line in the sand is. I think in order to be powerful, one must truly understand themselves, their own strengths, and a knowledge of how to work through their own faults. It takes a certain kind of humility to be powerful.

Since the pandemic, I’ve been doing a lot of biking lately. Normally, I’m not a fan of working out in general, but I started to just go on these really long bike rides that turned into meditations. I always feel so much better after I ride a bike, and I think it boils down to my intention. For the first time, I’ve changed my workout mindset from ‘getting fit’ to ‘getting powerful,’ and it’s really helped me push myself in ways that give me confidence. Plus, I listen to a lot of audiobooks, and it’s been great to catch up on reading while also working out.

It brings me power because it is all about focusing on my own self-improvement!